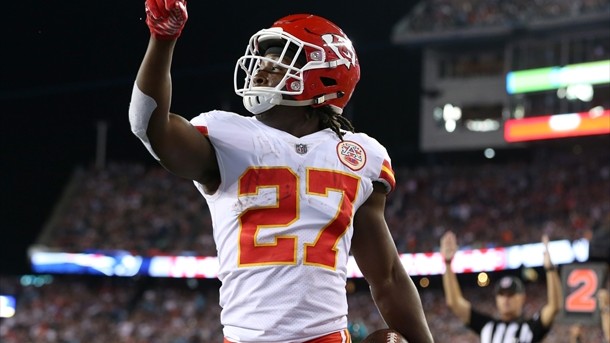 Thursday marks the day most teams kickoff their preseason schedule. This weekend everyone will get in the mix with a full four quarters of football. Yea you say, but who cares? I’ll tell ya who should care, YOU!

If you are a serious fantasy player the preseason is your chance to separate yourself from the other owners in your league. It’s a four game audition before your drafts for teams to show exactly how they will utilize talent. Who is starting? Who is in the slot? Who plays on third down? Well they are telling you all of this and you just need to sit there and watch!

I hate the tired argument that the starters only play a few series and then it’s all scrubs who will never make the team. Bullshit. These are the guys who will be on your waiver wires all season. The guys who you’ll be clamoring for after reading waiver columns on FightingChanceFantasy.com. Except you’ll already know who they are and who is the key backup, because you watched the preseason.

Remember Kareem Hunt? Sure you do. He lead the NFL in rushing. Well last year at this time we weren’t sure if he was going to share carries or what his role might be. Spencer Ware gets hurt and boom savvy fantasy players who watched Hunt in the preseason elevate him up their draft boards and snag him earlier than the owner asleep at the wheel.

It’s not just offensive skill players you should watch for. The scheme is vital to fantasy success. These games will reveal the concepts Offensive Coordinators have installed. Even if a backup is running the play you can learn a lot about what the scheme is. Pay close attention to new OC’s and what they draw up this next month. You might just find a something that will lead you to that elusive fantasy title.

Fantasy is 90% luck and 10% preparation. Go put in your 10% this next month. That time spent will lead you to fantasy glory.