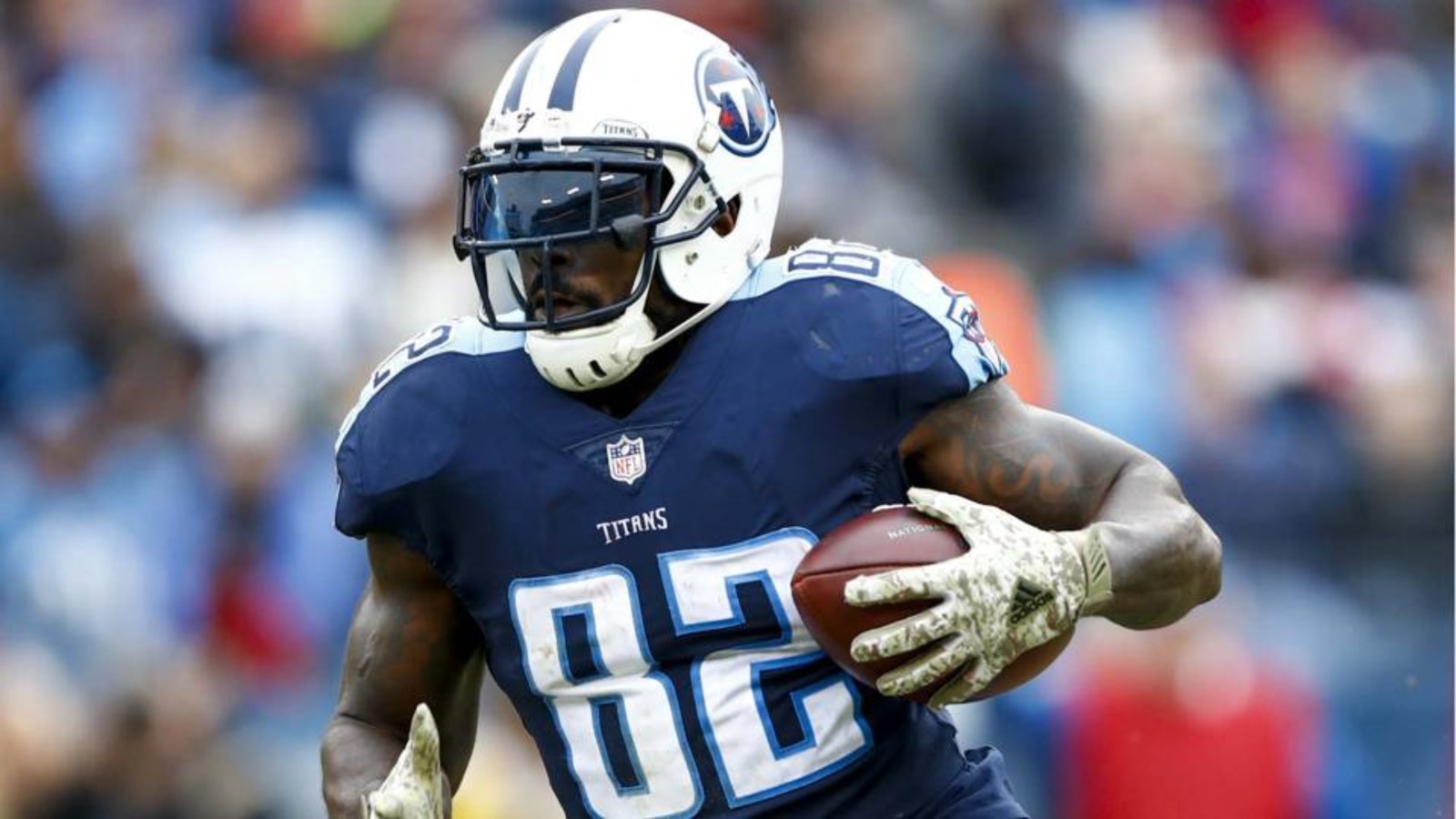 Everyone wants the new, shiny toy, or in this case younger players. There are fewer miles on them, and they still have plenty of years ahead of them (at least we’d like to think so). The thing is, there are also many older players who are being overlooked, even though they can still be beneficial to your fantasy team. Great steals and deals can be found in later rounds, and these “old” players can help your team win right now.

It pains me to talk about the shelf life of an NFL player, but it exists. 28 is old if you’re a running back. You read that correctly; 28 years old. At 28, I was still trying to figure out what I was doing with my life, yet these guys find themselves retired before most of us have even paid off our student loans. For this list of players you can get on the cheap but also benefit from, the player has to be 30 years old or older at the start of the 2018 season.

Here are just a few of the older diamonds in the rough that you can get for a discount.

Delanie Walker, Tight End, Tennessee Titans
Want to wait on tight end and draft a man who can get you a top ten finish at the tight end position? Look no further than Delanie Walker. He’s 33 right now, but he will be turning 34 in August. Don’t let the age fool you. He has been a top-eight tight end over the last four years and doesn’t show any signs of stopping. Unless you get one of the big three tight ends, there’s a lot of instability at the position.

Going the route of drafting Walker will make sure you have a tight end who has proven he can be a helpful fantasy asset. Marcus Mariota has shed the knee brace he wore most of last season and is expected to bounce back after a poor 2017, and with all the turnover at the WR position he should rely heavily on his security blanket.

Philip Rivers, Quarterback, Los Angeles Chargers
Philip Rivers is currently 36 years old and is going into his 15th year in the league. Rivers is also as reliable as they come. He has played in all 16 games from 2006 to 2017. Over the last five seasons he has had at least 28 passing touchdowns and has thrown for at least 4,200 yards. Rivers has Keenan Allen as his number one wide receiver, and although TE Hunter Henry is lost for 2018, there is hope WR Mike Williams will make positive strides this year.

Rivers has only once not been a top 12 quarterback in PPR scoring and that happened back in 2012. Look for this trend to continue in 2018. That’s one trend I’m glad to see continue, but I do wish those bolo ties would make more of an appearance.

Marshawn Lynch, Running Back, Oakland Raiders
At 32 years old, Marshawn Lynch is still the starting running back for the Oakland Raiders. The good news for fantasy players is you can grab him later than most starting backs. He didn’t play in 2016 due to retirement but came back in 2017 to play for his hometown team.

Last year he was the 25th-ranked running back in PPR scoring. Not ideal, but he definitely had games that benefited those who took a shot on him. He had nine games with double-digit points, and three of those games were just above 20 points. You could definitely do worse. Don’t draft him as your RB1 or RB2, but he could make a nice flex play. I don’t see Doug Martin hurting his value, so you can rest easy there. He’ll be a great find because he is the starter on his team.

He has a new quarterback this season, but he’s had plenty of quarterbacks over the years, including the likes of Blaine Gabbert and Drew Stanton last year. Overall 14 different quarterbacks have thrown Fitzgerald a pass in his career. He’s no stranger to change.

You can take advantage of the fact that people think this will be the year he falls off and end up getting him later than expected.  Try to get Fitzgerald as your WR2, and if you’re really gutsy, you can grab him as your WR1.

Vernon Davis, Tight End, Washington Redskins
Jordan Reed is there, but he’s also injury prone. He’s missed 14 games in the last two seasons, making Vernon Davis the perfect guy to stream. If you draft Reed, you may think about drafting Davis for security (although I’m not a proponent of that unless you have a large bench). You will probably be able to get him off of waivers if I am being perfectly honest. We all know Reed is bound to go down at some point over the season, and it will be your perfect opportunity to plug in Davis.

He’s also a great pick at the end of best ball drafts. Last season, Davis had only three touchdowns, but he also had nine weeks of double-digit scoring. look for that trend to continue if Reed misses a large amount of time in 2018. Surprisingly, Davis is 34 years old, but he plays like he’s younger.

Drew Brees, Quarterback, New Orleans Saints
I know, last season there was a lot of running in The Saints' offense. That probably will not change, even though Alvin Kamara is due for some regression and Mark Ingram is suspended for the first four games of the season. The Saints' offense will still be run focused, but 39-year-old Drew Brees is still an excellent quarterback to draft and he’s still going to spread the ball around.

People will be scared because of his age combined with all of the running that the offense did last season, so you should be able to get him for a steal. Don’t reach for him. He’ll probably be there a round or two later than you expect. And remember, he has a range of awesome to serviceable offensive weapons to throw the ball to (Alvin Kamara, Michael Thomas, Cameron Meredith, Ted Ginn Jr., even Benjamin Watson who is 36).

Just know there is a good group of 30 and older players out there. The quarterback position is the most stacked (including other notable players such as Matthew Stafford and Ben Roethlisberger). I didn’t include guys such as Tom Brady and Aaron Rodgers in this article because you’re not going to get these players at a discount.

If you take one thing from this article know that you don't always have to be scared of a player's age when you’re preparing for a redraft league draft. Look at consistency and team roles to make sure you are getting the most bang for your buck.