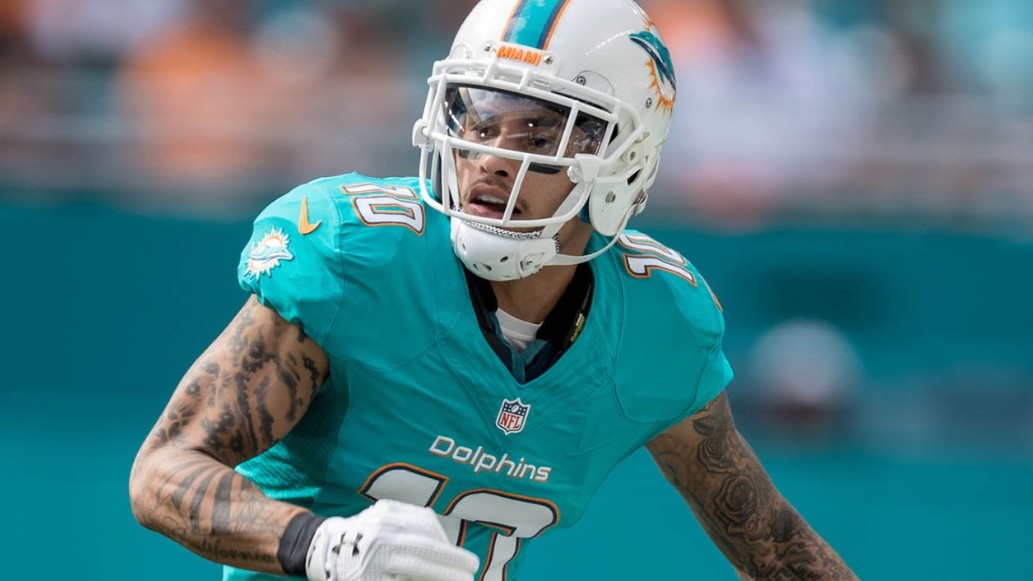 Six Players to Keep an Eye On

There are a lot of players who could have wonderful fantasy numbers this season.  Some of these athletes are hit or miss while others are diamonds in the rough. If you’re a fan of streaming, there are plenty of options at your fingertips.  I am not saying that these players will be useful every game of the year, but they could be surprises. Here are six players that may not be on your radar, but could be worth taking a shot on in mid to later rounds or when you’re in a pickle and need to stream.  ADP rank and position information provided by fantasypros.com

Kenny Stills, Wide Receiver, Miami Dolphins
Jarvis Landry is no longer a Dolphin after being traded to the Cleveland Browns.  This means more opportunities for the other wide receivers playing for Miami. DeVante Parker is still with the Dolphins, plus Danny Amendola and Albert Wilson are now on the team.  There is a strong possibility that Kenny Stills can take over that number one receiver spot. Two years of Stills’ playing career, he has gone for over 840 receiving yards. It seems like Stills could have a shot at the elusive 1,000-yard season.   Last year, he had Jay Cutler and Matt Moore throwing him the ball. Ryan Tannehill comes back healthy this season, and although he is not much of an improvement, he still has had a connection with Stills in the past. Stills was targeted 105 times last year, but only 58 of those ended up connecting.  If Tannehill and Stills can get on the same page, look for his targets to continue to increase. He’s currently going at WR51 (131 overall) which is a steal if he becomes the number one guy in Miami.

Derek Carr, Quarterback, Oakland Raiders
Derek Carr had a brilliant season in 2016 but failed to repeat that in 2017.  Carr played hurt a good portion of the year, sustaining a back injury that caused him to miss his week five contest.  Everyone on the team seemed to have a down year. New head coach Jon Gruden is now there to help contribute to Carr’s success.  Amari Cooper takes over as the big man on campus after Michael Crabtree moved on to Baltimore. Cooper had over 1,000 receiving yards his first two seasons but dropped to 680 receiving yards in this third campaign.  The talent is there, so Carr and Cooper should be able to get that chemistry back. Jordy Nelson is now a Raider, giving Carr a veteran receiver to throw to. Look for Carr to have a bounce-back season, especially after getting healthy.  Currently, you can draft Carr at QB19 (124 overall), and he could be available on waivers in one quarterback leagues if you need someone to stream.

Corey Clement, Running Back, Philadelphia Eagles
The Super Bowl darling is currently being taken in drafts as RB47 (143 overall).  Jay Ajayi is slated to be the starter, and Darren Sproles just re-signed with the Eagles.  Even with those players on the roster, look for Clement to be a sleeper this year. LeGarrette Blount is gone, so that frees up some opportunities for Clement.  Another thing that could cause Clement to break into the limelight is the fact that Ajayi and Sproles have health concerns. Add to that the fact that Sproles is getting up there in age, Clement can find a way to become fantasy relevant this season.  Last year, he had six touchdowns and also went for 444 overall yards. He can easily improve on that this season as long as he is given a shot. You can take a flyer on him in the later rounds and strike gold if he brings the Super Bowl momentum with him into this 2018 campaign.

Ben Watson, Tight End, New Orleans Saints
Remember Ben Watson?  He played in New Orleans from 2013 to 2015, so he has played with quarterback Drew Brees before.   Watson is an older tight end at the age of 37. He had his best season in his last season with the Saints in 2015.  In that campaign, he had 74 receptions for 825 yards and six touchdowns. Watson did not play in 2016 due to a torn Achilles and then had a 2017 season with the Baltimore Ravens where he had 61 receptions for 522 yards and four touchdowns.  His quarterback will be much improved this year, and although he will most likely not put up the numbers he did when he was with New Orleans in 2015, he can be a sufficient tight end streamer. Currently, Watson is going as TE24 (199 overall).  This makes him the perfect streaming option if you’re in a pinch. There are not a lot of elite tight ends out there, so streaming is sometimes the most viable option.

Tavon Austin, Wide Receiver/Running Back, Dallas Cowboys
At the moment, Tavon Austin is going as WR93 (279 overall). The former first-round pick was sent to Dallas, and they plan on using him as a scat back.  Ezekiel Elliott is there, and he’s a beast on the field. The Cowboys still look to use Austin, although it’s unknown just how this will work out. The Los Angeles Rams had Austin on their roster but did not use him effectively.  Dallas may not be able to figure out how to use him either. He has the potential to be something special, but it hasn’t clicked yet. Austin was fantastic in college, and his last year he had 12 receiving touchdowns to go along with three rushing touchdowns.  He also rushed for 643 yards and received for 1,289 total yards. This was in 2012, so it’s been quite some time since he saw those kinds of numbers. If the Cowboys choose to use him efficiently, he may be able to produce more like what was originally expected from him.  Definitely not worth drafting, but he is a guy to keep an eye on in case he figures it out.

C.J. Anderson, Running Back, Carolina Panthers
Last season, Christian McCaffrey came in and took over the lead back role in Carolina.  Jonathan Stewart was still there, and he managed to rush for 680 yards on 198 carries and six rushing touchdowns to complement his 52 receiving yards on eight receptions and one receiving touchdown.  Now C.J. Anderson is taking over the Stewart role which could be a good spot for him. Last year, Anderson had 245 carries for 1,007 yards plus three rushing touchdowns. He also had 28 receptions for 224 receiving yards and one receiving touchdown.  Anderson should look to fill in nicely for Stewart in the Panthers offense. He does have Cam Newton as his new quarterback, and Newton is known for his rushing skills. Even with this, Anderson should carve out a nice role for himself. Right now, the running back is going as RB41 (109 overall). He will make for a nice flex play or bench stash whom you can get in the mid-rounds.

Yes, some of these picks may not work out on a weekly basis.  They may take some time to figure out their role or you may need to stream them during favorable matchups.  There are always those players who end up breaking out at some point during the season, and these are a few options that could do just that.