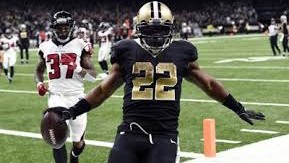 I used to live in a basement apartment in Chicago's Logan Square. Logan is this place for mostly white dudes who think they're hip because they can probably quote King Lear, and they played high school football, too. Also they smoke weed and know why there's a variant spelling for whisky. They're insufferable people, but that's who I am, I guess.

Anyway, this apartment was kind of a shithole. Basement level one bedroom with a kitchen and a small area with room for a desk. It also had a massive living room and plenty of closets. It was only 850 bucks a month. I was too naive to have heard the alarm bells. Turns out the toilet blocked up almost weekly. And the super had a full voicemail box. Also, the heat seldom worked and the only thing more plentiful than mold spores were drunken nights at my desk typing feverishly. In four months I wrote a 22,000-word novella about a mercenary who falls in love with another mercenary, and the latter is actually a robot. The Commander on the base runs a secret gambling ring where odds are given on which robot soldier will be killed next in battle. Hijinks ensue and there's a very predictable ending. And it's a happy one.

I thought of this story recently because my gamble to roster Aaron Jones for half the season finally paid off. There couldn't be a happier ending to this story. Except, of course, Jones carrying me to a title. That would be happier. Let's use that ending, as Wayne Campbell might say.

Ryan Fitzpatrick @ NYG- What the Fitz and Tampa needs is a trip to New York, New York. Nothing like a little glitz to get the Fitz back. The Bandholz Buccaneer shall return to true form. I've never been to Tampa Bay. But I've been to Florida many times. My great aunt had a house in Rotonda West. She vacationed there for winters after she retired from a bank. She was a fucking badass. In the 60s and 70s when bank upper management was nothing but white dudes, she was in there cleaning house. One of the smartest people I've ever met. But Christ she couldn't drive for shit. Like Kyle Lauletta blindfolded. We drove through the Rocky Mountains on the way to Florida once and afterward I swore I must've been chosen to be immortal. Speaking of immortality, I look forward to starting Fitz when he's playing for the Arizona Cardinals next season.

Mark Ingram v PHI- Two weeks in a row? This seems ambitious since Philly is top-ten in rushing defense. In three of the last four, however, they've gotten slashed for 120+, including 171 to Zeke and Dallas last weekend. With Brees able to dictate game flow, this could get ugly for Philly. Ingram hasn't found the end zone on the ground in four weeks. But if we strain our eyes we can convince ourselves the game scripts were against us. Put on those Eric Dickerson Rec Specs and saddle up, pardner. Looking ahead he gets Atlanta, Dallas, and Tampa. Keep the faith in Saint Ingram, blessed be thy touches.

Leonard Fournette v PIT- Of course you're starting him. What sort of silly shit wouldn't start him? You know who wouldn't? Someone who traded him four weeks ago because their team was one of the worst in the league. You know why they were the worst in the league? Because they didn't have their top-ten pick on their fucking team for six weeks. Hard to be mad at the player. Dude was ailing what can he do? But why in the Fred Taylor fuck did they trade for Carlos Hyde? Wasn't this a sign Fournette was worse than predicted? Is that not how we should've taken that? I know the answer, okay? I just needed to write it out to see if it made more sense in black and white. It doesn't. I don't think. But what do I know? I traded a top-ten back for peanuts.

Cortland Sutton @ LAC- There's only two reasons he's here: the hope for the coveted Garbage Time. There're probably more reliable fliers at WR this week: Josh Reynolds? No Cooper Kupp now. Donte Moncrief, again? Not even you deserve that but it could be worse. And the Chargers have been lights out agains the pass. They haven't given up more than 226 yards in the air in four weeks. In fact, this is probably a terrible call. But maybe they worked out some kinks during the bye week. Maybe they got a new defense. Maybe a new GM. And a new QB. Maybe I'm a Mile High. That last one is not a maybe.

Maurice Harris v HOU- The numbers were smaller than Dan Snyder's dick last week (5-52-0). But there's reason for optimism as he caught all five of his targets. Houston should provide a faster pace and with it more opportunities for Harris. I like Taylor Gabriel this week, too, but I only just realized this. And I definitely don't want to delete, and thus deprive you of, the Dan Snyder dick joke.

Jack Doyle v TEN- This stat from John Daigle's Twitter is sort of mind-blowing. More than double the snaps and routes plus 10 more targets and one more red zone target. Saved you a click, I guess. It's only a matter of time before the old slugger, Jack Doyle, that good luck, good time fella gets plugging again. Guys and dolls he's the bee's knees, the duck's nuts. Put all your clams on this good egg and get zozzled on bubbly. No horse feathers here, old sport. I'm sorry. Every time I hear his name I'm transported to the 1920s. All I can hear is jazz and Gatsby's last gurgling breath.

ARI v OAK- Too easy? Probably, but there's a really solid chance Arizona is hanging out on your wire. Both these teams have been embarrassingly bad. But they promised us more David Johnson out of the bye and we got more David Johnson. Seven catches to go along with nearly 100 on the ground. In seven of nine Oakland has given up 100+ while surrounding 200+ in two games. I mean who needs dick jokes when you got stats? Seems to me if DJ controls the clock even the Cardinals D will look decent.

Andy Dalton @ BAL- The Red Rocket has receded to the shadows. Last week I plugged Nick Mullens in over him. My team would've won anyway, but it would've felt dirty if I had used randy Andy. 12-20-158-0. AJ Green should be given the MVP award. Shut that shit down early. Dalton can't even function without him. It would be like if you took my wife away and I had to raise my one-year-old alone. I swear to you there'd have to be video of her with Brett Favre when he's wearing only his Copper Fit Ankle Sleeve before I'd politely ask her to please stay with me.

SEA RBs v GB- This Rashaad Penny game comes at the worst possible time. Chris Carson and Mike Davis have had decent showings and both are now healthy. I'd feel better about this situation if Pete Carroll had even the slightest shred of credibility. The guy gaslights the shit out of the fantasy community. And he's mad as a March Hare with its tail on fire. Honestly I could see him trading for Carlos Hyde, going to the Super Bowl, and then throwing the ball instead of running it from the one inch line.

Josh Adams @ NO- This might be tempting with Doug Pederson suggesting he'll get more work. But didn't we just talk about coaches and their stinking lies? I only watched him run once and I thought it was a slow-motion replay. Honestly I've never seen him run, but I think that's funny so I'm leaving it. Anyway, I want no part of this nonsense. This is a crowded house of mediocrity like every season of the Real World.

Tyler Boyd @ BAL-  I really debated whether I believed he was perhaps unsittable. The number one WR without Green, he's hung monstrous numbers for nearly six weeks straight. Green being out is a catastrophe for this entire offense. I respect this. Anytime I'm out of green I'm a wreck, too.

Demaryius Thomas @ WAS- This could be a good spot for him, but I still don't trust this. Unless you're in a must-start situation here, I'd let it play out. I actually think he could be a fun start down the stretch. Good luck catching the right games. Like trying to figure out when Mark Ingram is going to be involved.

Kyle Rudolph @ CHI- I have terrible news. And I didn't want to be the one to break it to you. But, Christmas is cancelled. Rudolph is dead. Slew by some spiteful Viking named Kirk.