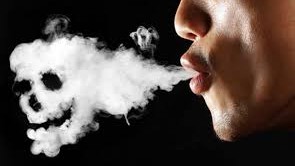 Looking back over the year at my teams I can't help but think I've failed on some levels. Despite playing for byes in two of my three leagues, I'm haunted by zero shares of Patrick Mahomes, Saquon Barkely, and JuJu Smith-Schuster. I distinctly remember passing on all three of them. But I do roster Mark Ingram in two separate leagues, so follow me on Twitter for all your fantasy needs.

I played around with three different draft strategies. I may or may not have touched on this earlier in the season, but in one league I practiced Zero RB to it's highest degree. And don't forget I was on this train early because here's my 2011 article on the strategy that had yet to have a name. And, yes, I sometimes feel like the Rodney Dangerfield of this "industry." And, yes, I should've worked harder and maybe people would give a fuck what I'm saying and I'd be getting paid. But, fuck you, I'm high strung and impossible to work with so I saved everyone a lot of headaches. The thing is I knew if I took a job writing fantasy I would've been playing dynasty and I wouldn't be able to ever get out of the rabbit hole.

I flirt with quitting fantasy for good every year. It crosses my mind at least 50 times a day, which is, ironically, the same amount of times I Google "Cameron Brate" a day. This shit is a disease. I'm convinced of it.

Plus, I just don't care about your team. I care about my own though. Which is the only reason I sit at this computer to write this shit.

But, seriously, glad you're still in it. Let's get some wins.

Cody Kessler v IND- Listen: you're desperate if you're reading this. You need that little spark because you lost Melvin Gordon. You know why he's Melvin the Third? Because that's how many times he's abandoned you in the fantasy playoffs. Shit, it's not his fault. San Diego runs the lightning out of his ass. Anyway, where were we? See how good this writing is? Kessler might give you a spark in an otherwise Bleak Bortles situation. That late season desperation play mostly because you hate yourself. But, honestly, listen: what if the game has slowed down for him a little? And the WR corps there isn't half-bad? Even Bortles looked decent at times. Their rushing attack is decent, right? The dude is only 25. He was 21-30 for a TD with one pick against Houston. I don't know. Honestly, if Lamar Jackson is gone who you streaming? Derek Carr? Josh Allen? Bubby Brister? See what I'm saying? Why the fuck do I know who Bubby Brister is? Fuck fantasy and fuck you.

Peyton Barber v CAR- What do you know about the ouroboros? Essentially it's the idea of infinity. The snake eating its tail is a symbol of this. I've always viewed it as an idea also found in the philosophy of eternal return. Eternal return being that "if space and time are infinite, then it follows logically that our existence must recur an infinite number of times." And so, as we started the year with Barber, we end it with him, too. But 49-214-2 in his last three cannot be overlooked. Especially since Gordon has deserted you, Conner is dropping easy TDs, and Lenny Fournette thinks he's Ali.

Theo Riddick v LAR- If this franchise had any sense they'd shutdown Kerryon Johnson for the year. This season is over and no reason to force one of the bright spots into playing on a sore knee. But logic has been out of the window in that city for a long time. It's the same place that gave up on the Chevrolet Impala. How can we ever trust them again? While we're talking about automobiles, hop in and ride Riddick to a win. It's more unsexy than Matt Patricia naked, but Riddick had a goal-line carry last week and caught 7-48. He's had 5+ catches in four straight. You heard it hear first (or maybe you didn't because the fucking internet is an ouroboros): he will have double digit catches this week.

Donte Moncrief v IND- He had 7-76 the last time Kessler was under center (Bleak had six completions in that game and unclear how many went to Moncrief but I can't find that stat and don't care to). Also, say it with me, "Revenge game." That's bullshit of course, but without Lenny Bomaye and a D that's been getting carved up, they'll be throwing. And you already threw your season away on the arm of Cody Kessler, so, as Bleak would say each time he threw it, "Fuckit."

Dante Pettis @ SEA- Thirteen targets in the last two. A depleted WR corps. And on the road in a game they won't be able to stay in. Nick Mullens laid an egg against a bottom feeding defense, so there's cause for concern. But the hope is that volume and opportunity cross paths and it works out. Honestly this guy is a desperation flex play. I regret choosing him, but what are your other options? John Ross? You want that inconsistency you'd be better off to play Chris Godwin or Josh Doctson or Sterling Shepard. It's a minefield. And you're wearing clown shoes.

Matt Lacosse @ CIN- This might be the worst call in the history of fantasy calls. A 26-year-old in his third year out of Illinois who was signed off the New York Giants practice squad. This guy is not Gronkowski 2.0. Shit, he's not even the Bubby Brister of tight ends. If he doesn't get four catches and get in the end zone this weekend his name will be forgotten forever except by poor, desperate souls doomed to wander the 13th circle of hell. Step after weary step around a black monolith, the eternal char of your neck hairs from the hell flames surrounding you, the rancid human hair stench hanging in the air as you repeat the names... "Eifert. Sudfeld. Donnelly. Lacosse..."

Eli Manning v CHI- It's said that thieves would scarcely wait for the bodies to be cold on Civil War Battlefields before they pillaged the bodies. The Bears are both the executioner and the thieves in this case. I think I've put him here a few times this season. I truly can't believe they're still rolling him out there. It's a disgrace and baffling from every angle. The only explanation is that they want to lose. They're either enjoying it or are ready for a top-five pick. The good news is a QB taken in the top-five does have a decent success rate. The future isn't always so bleak.

Doug Martin v KC- Jalen Richard is the play here if there's a play at all. I'd rather start a conversation about fantasy football being exhibit A in a conversation about the decay of America and its obsession with things so far removed from reality we are in the seventh layer of Inception and Leonardo DiCaprio is spinning a top on Al Davis' erect cock. You wanna read this far you gotta get dark and get in it. I don't make the rules down here. Look yourself in the mirror and say it with me, "I will not start any Oakland Raiders in weeks 13-16. I care about myself. I understand playing fantasy sports is a sickening disease brought on by the late stage capitalism from which there is no escape. I am a good person?" I used a question mark, because, honestly, you probably need to reflect on some shit if you're still reading this.

Adrian Peterson @ PHI- Well... bye. It's over. Time to bury it. Alex Smith is gone. His O-line is gone. And he just looks old and tired. He hasn't rushed for more than 70 yards in four weeks. The schedule doesn't look that great and his QB looks like Cody Kessler. I'd say I'm sad, but everyone know it's time for him to switch careers.

Mike Williams @ PIT- There's a temptation here in what might be a shootout. But Tyrell Williams should be back and Ekeler, who was already ahead in the pecking order, will garner more looks. He might be worth rostering to see what happens, but in week 13, while you're jockeying for seeding position or trying to sneak in the playoffs, you can't take a shot here. Wait, I recommended starting who? Dante Pettis? Shit, it's too late at night to edit anything. I'm sorry. Make your own fucking decision.

John Ross v DEN- TDs in back-to-back and seven targets last week. Feels good, right? It shouldn't. He's surviving on those TDs alone. 5-58 in those two games. Who's he think he is? Eric Ebron?

Gerald Everett @ DET- After two TDs in the Greatest Game in the History of Monday Night Football, which mightn't be hyperbole, he seems like he should be rostered. But somehow I doubt Detroit hangs 50+ on this defense. They're too busy not manufacturing Impalas. What the fuck, General Motors? The American Dream is like Eli Manning: it's been dead for awhile, but people keep pummeling it anyway.