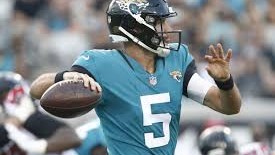 My mother had her Pontiac Aztec for 12 years and over 300,000-miles. It had been more places and seen more things than most humans. It crapped out this last week. Of course with anything this old there was some sentiment involved. But we move on. We adapt. She's decided to get something more efficient this time. I encouraged her to buy something Asian, preferably Japanese.

My wife and I sometimes go to her house to watch football on Sundays. We don't have a television. Mostly due to cost, but also because we always seem too busy for it. When I was over on Monday night she was telling me about the car and how she needed to find something as reliable as the Aztec, regardless of where the car was built. We began to laugh when we started comparing cars to quarterbacks. She doesn't need the Patrick Mahomes of cars. That's too flashy. She doesn't need the Troy Aikman that's too boring. Or the Matt Ryan because it'd probably give out in January.

"I always hated that sonofabitch."

My mother has a way with words. But the conversation had me thinking about the current state of fantasy positional players right now. This was possibly the most difficult start-sit columns ever. There is a great deal of mediocrity at the RB and TE positions right now. Zero reliability. And a whole lot of volatility. There seems to be a lack of a gray area. It's scary times out there. Be careful. Protect your assets. And don't get greedy. Take what they'll give you. Play close to your chest and take risks when the time is right. Other cliches and proverbs. Like, "Before enlightenment: chop wood, carry water; after enlightenment: chop wood, carry water." And, "If it has an asshole or wheels it'll probably give you trouble eventually."

Blake Bortles @ KC- The only thing scarier than starting Bortles on the road is starting Ryan Tannehill on the road. What kind of moronic, desperate, pathetic rube would even consider such a thing? But this seems like a no-brainer. Jacksonville's D has given up the least amount of points. But with KC at home and Patrick Mahomes apparently a combination of Brett Favre's insanity combined with Joe Montana's efficiency, it's likely Bortles will need to sling it to stay in it. Statistically a great many of the streaming QBs are all over the place. Two weeks ago Mitchell Trubisky and Derek Carr looked like they belonged selling used cars. Here's hoping Bortles puts you in a Lexus and not a used Hyundai this weekend.

Nyheim Hines @ NE- The running back position continues to be tragic on a weekly basis. There are seldom fringe starters. You either have a running back or you're scouring the wire for warm bodies. Well, guess what?Two TDs and 11 targets. Pour some fucking Hines on your plate. Pass the French fries, I'm starving.

Nick Chubb @ BAL- This play assumes that Hue Jackson has common sense. "He has to get some," Jackson was quoted as saying. Hue, that could apply to every human on planet earth. I actually believe that if more people loosened up and smoked some grass and did way more (consensual) fuckin', we'd have a lot fewer problems. Also, if you think Chubb is a terrible suggestion, have a gander at the matchups and the names available. I can't put Aaron Jones on here every week, can I? Start Jones, too.

Keke Coutee v DAL- For his name alone he should be a must-start. 15 targets? WTF. For a rookie who shares the field with Nuk and Will Fuller? Where do I sign? Initial where? I'll be on the block on the regular, as 6ix9ine said. Just now reading about ol' 6ix9ine and Lordy he's the only one who shouldn't get some. Take a break, bub. All this because I Googled "Keke." 100 million views on that song. That reminds me of visiting China and learning they have six cities with over 10 million people in them. Everyone in Chengdu would have to listen to that song 10 times to equal the views on that song. That is fucking insane. Yes, I'm stoned.

Taywan Taylor @ BUF- Marcus Mariota wasn't ailing this last week and Taylor finally got to work. 9-7-77 line. This puts him squarely in the WR3/Flex conversation. I've never been to Taiwan, but they make great whisky. Kavalan recently won several awards for their single malt whiskies. The Solist Vinho Barrique is my favorite. The spirit is aged in both red and white wine barrels, giving it this rounded and fruity nose, but it drinks with the briny and strong flavors you'd expect from a Scotch. Just fantastic whisky. I don't have any right now, but you can bring some over anytime and we will sit on my farm and drink and talk about how shitty of a suggestion Taylor was.

Ricky Seals-Jones @ SF- What if, and bear with me here, Josh Rosen isn't as bad as Sam Bradford? 4-2-52 last weekend and don't pretend that in 12-man leagues you could do better. There is no better. There's either Jared Cooks, Zach Ertz, or the Human Herpe. And even the last two have been immune to the end zone. It's going to get worse before it gets better, which is also true with most STDs.

CAR v NYG- The thing about Eli Manning is: he's not good. And I'm not sure that's the way you use that colon, but I'm almost halfway done and I'm not getting caught in some sort of grammar web by googling the word "colon." I already got Keked tonight.

Josh Allen v TEN- I was sitting in the stands Sunday as Allen looked truly lost against Green Bay. I thought that D was going to come together, but I didn't expect a shutout. It likely says more about Allen than it does about GB's D. He got sacked seven times. You know what you need after that? An ice bath, some Kavalan, and then to "get some."

Dalvin Cook @ PHI- I don't have proof of this so saying it doesn't mean squat, but I saw this coming from six Skol miles away. I wanted no part of his ADP and I don't give a Viking's fried fish shit whether it's a different injury than the one from last year. The pyre for this Minnesota season is in the middle of the lake and waiting for the burning arrow to bring it peace. Philly might be that arrow.

SEA RBs v LAR- Here we are again. An entire unit with avian herpes. Sure, Mike Davis had 100 and two TDs last week. But it was Chris Carson the week before. Now Pete Carroll says it's a committee and though he tells the truth less than a politician, you can be sure this will be a guessing game for the foreseeable future. You think you know? Go ahead. I'll be over here counting all my Chubb touches. Also, per my own investigation, Brett Kavanaugh actually kept a strict count of his "chub touches" while at his prep school. Went ahead and Googled "chub." Urban Dictionary is the best. "A semi-erect yet malleable penis." Which reminded me of this Always Sunny clip. You're welcome.

Marquise Goodwin v ARI- I miss this guy so much. Hard luck on the QB front and even harder luck on the health side. CJ Beathard had a solid game, but only threw the ball 20+ yards twice. This doesn't bode well for Goodwin going forward. It might be time to find other options. Keke is on the block on the regular if you need him.

Sterling Shepard @ CAR- It's likely you don't have a better option. But if you do employ it. I know the talking heads have beat this drum already, but why in the hell did they select Barkley with the holes on this team? The scary part is this team isn't as empty as some of the others. If the NFL were smart it would scale back the amount of teams in the league and create a feeder league. But, then, why do that when you have a bunch of players doing it for free in the NCAA? But tell me you degenerates wouldn't watch a spring league of 10 games with mediocre talent. Your life has no meaning.

TEs- Like a Senators or Congressman, we'd be a whole lot better off by doing away with the entire position.