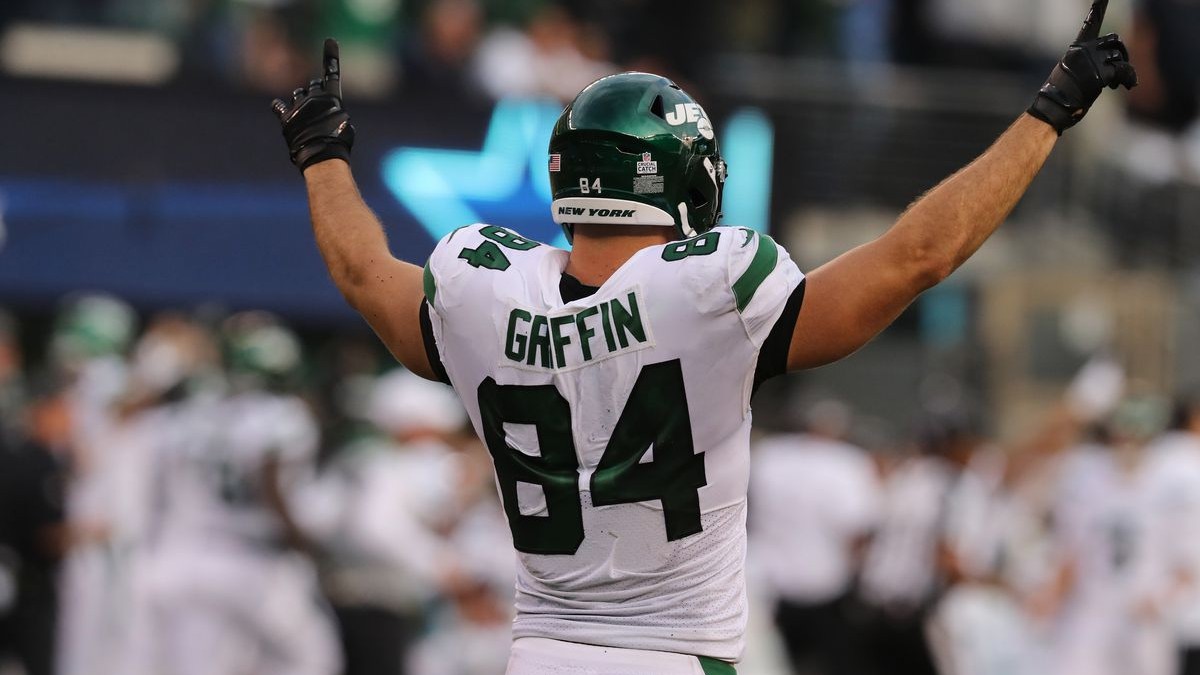 Hello to all my streamer supporters out there. I know it has been quite some time since I published an article, but you may or may not know I was dealing with some things. Now that I’m back into a solid headspace, I’m here to bring you your streaming tight ends for Week 12. You might be screaming “SOS” which is great since it is also an acronym for Specs on Streaming. Never fear, there are a plethora of tight end choices out there for you if you require a bye week fill-in, an injury replacement, or just want someone who can get you those points you are desperately in need of.

These players listed below are owned in 50% or less of ESPN and Yahoo leagues. The tight ends are players I would feel confident in starting if I was in a jam. Remember that players such as Travis Kelce, Hunter Henry, and the recently red hot Kyle Rudolph are all on byes this forthcoming week.

Proceed with caution here, but you could be highly rewarded if you pick up Noah Fant. The rookie tight end caught four of the eleven targets that came his way. Remember, he plays for the Broncos, so precision at quarterback is not their forte. It is very rare for a tight end to see double-digit targets, but Fant broke the mold there.

While several tight ends are used mainly as blockers, Fant is extremely involved in the passing game. Over his last four weeks playing, he has seen five, nine, four, and 11 targets, so look for the throws to continue to come his way. He does have a good schedule for the most part, although this week he takes on the Buffalo Bills. The Bills defense has been remarkable this season, so temper your expectations of Fant. Still, the first-rounder could have another excellent game.

When performing against the Minnesota Vikings in week 11, he accomplished a team-high when it came to targets. The previous week before his bye saw him take in three reception for 115 yards and a touchdown. The athletic tight end should see targets against the Bills, even with their imposing defense. He has had 28 tosses come his way in the last four games and has been known to make those astonishing plays. Can’t get enough of Fant. Oh, and I’m a big fan of him in dynasty, just as a side note from a mediocre dynasty owner.

Ryan Griffin is available everywhere. Sure, you might have someone in your league who was ahead of the curve, but seriously… he’s a guy you have a big chance of getting. Want a tight end with a fabulous upcoming schedule? Griffin is that person. In the next three weeks, he plays the Oakland Raiders, Cincinnati Bengals, and the Miami Dolphins. Call it a cakewalk if you will, but these future weeks are drool-worthy for Griffin at the tight end position. He has already shown he has the skill to get you the yardage and fantasy points you desire. Griffin put up the most yardage by a tight end in last week’s game.

Chris Herndon was supposed to come in and be the tight end worth rostering, but after serving his suspension he ended up getting injured. Now he is on IR which paves the way for more Griffin. With quarterback Sam Darnold being on the same page as Griffin, this encourages fantasy fans.

In Griffin’s last six contests, he has tallied six touchdowns. He also has gone for 252 yards over that period. It seems as if this tight end is rolling along, and versus the Oakland Raiders in week 12, he should continue to amaze. The Raiders defense has been rather putrid this season, and they are a bottom-five team when matched up with tight ends. Oakland’s defense is the third-worst when it comes to defending the tight end. Look for Griffin to produce big numbers in this coming week.

With George Kittle sidelined, Ross Dwelley stepped up and was the sleeper that we assumed he would be. This upcoming week, there is a strong possibility that Kittle will be out again. Watch for Dwelley to be the person you can plug in and expect great things from. Even if Kittle were to play, Dwelley could still be used as a red-zone threat. If you are in a bind and tight ends are not abundant in your league, Dwelley would be a player worth keeping an eye on.

Dwelley came in on Sunday and gained two touchdowns versus the Arizona Cardinals. He was a solid player that people were not sure about, but after his performance, many minds were changed.

This forthcoming week, San Francisco faces the Green Bay Packers who have provided loads of fantasy points to opposing tight ends. They are also a bottom defense when it comes to guarding the tight end position which makes this matchup look like a good one. If you are in a pickle and need someone to fill in at tight end, Dwelley makes for a perfect candidate.

Someone to keep in mind as a stash player is Kyle Rudolph who has been top-notch as of late. He has a bye week this week but is only owned in 41% of ESPN leagues and 55% of Yahoo leagues. The connection between quarterback Kirk Cousins and Rudolph has been electrifying, so he is worth a waiver pick up if you have the room on your bench.