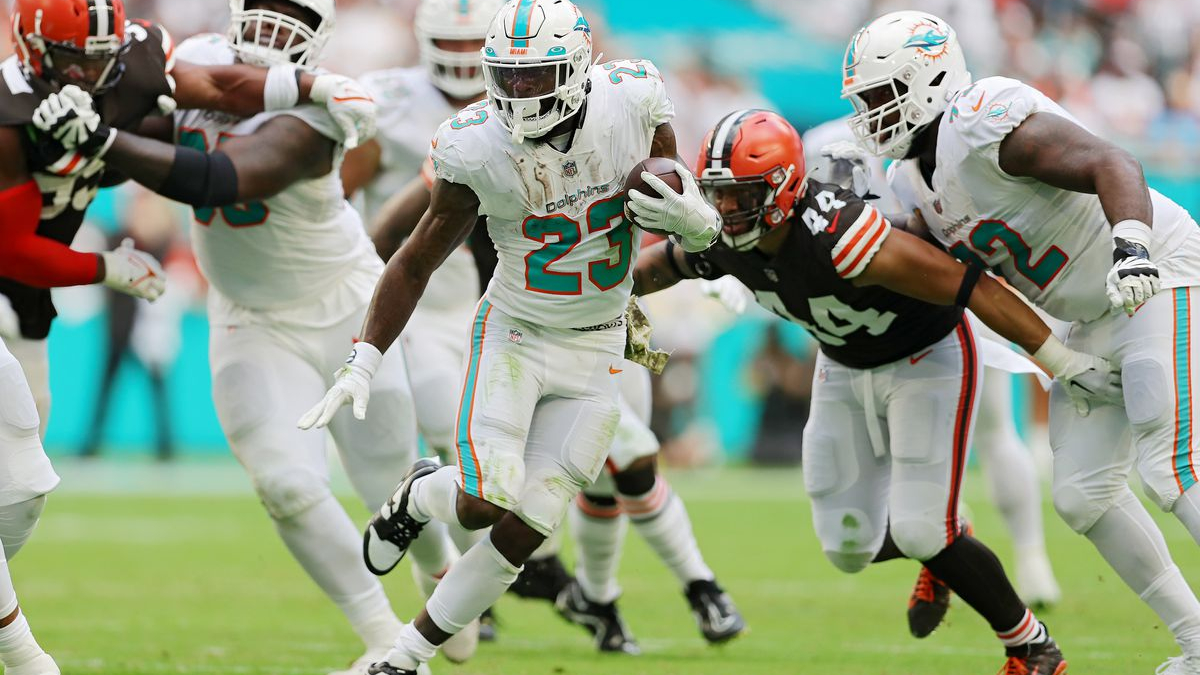 Happy Thanksgiving and welcome to week 12! I'll always remember fondly John Madden's six-legged turkeys and family memories of watching football.  Wherever you are, enjoy this time making memories! Remember, you're starting your studs no matter what. Don't get cute by sitting them over the players you see here.  This article focuses on who we feel can give you an edge this week.

Taylor Heinicke is a bit of a sneaky quarterback play this week. Getting back into a starter's groove takes a few weeks in the NFL, and despite a quiet outing last week against the lowly Texans, Heinicke's next match-up is against the Falcons, who allow the sixth most fantasy points to quarterbacks this year. Exploit the match-up if you need to this week. - Matt Miles @DirtyAirFC

QB Taylor Heinicke has helped the Commanders to four wins in five starts.

This season Geno Smith has been consistent as they come. He has thrown for multiple touchdowns in not only four straight games but in seven of his last eight games. Coming off the bye Smith has another great opportunity to continue his hot streak of multiple touchdowns. The veteran quarterback will face the Raiders who are allowing the fourth-most fantasy points to quarterbacks this season. The Raiders have also allowed eight out of the ten quarterbacks they have faced this season to score 21-plus fantasy points. Smith should be considered a start in 12-team leagues - Leo G. @smooth1074

Meanwhile, Russ has a 86.2 passer rating on those passes - down from 117.3 last year. Everything coming up Seattle

The Konami Code quarterback Daniel Jones has given us some great scores this season, however, I think the Dallas/Giants game is going to be more of an old-school ground-and-pound game, leaving Jones in the dust as a fantasy option. Dallas has given up the fifth-fewest fantasy points to quarterbacks this season as well. - Matt

Most sacks in the NFL

Last week Daniel Jones scored the most fantasy points all season as we finally saw the Wan’Dale Robinson breakout game. Unfortunately, Robinson’s offensive firework display was short-lived as he tore his ACL and is now out for the year. Jones is left with one less weapon after already losing his other receiving options earlier this season. The veteran quarterback and the Giants will get fed to the Cowboys’ defense as a Thanksgiving meal. The Cowboys are allowing the fifth-fewest fantasy points scored to quarterback this season, so you should look elsewhere for a starting quarterback if you can. - Leo

D.K. Metcalf should fall under the stud category, but consistency has been hard to come by. The Raiders are in a freefall right now, and the Seahawks still have playoff aspirations.  Lock and load Metcalf with confidence this week. -Matt

Really feels like that has flown under the radar this year

Now that Taylor Heinicke has been named the starter, fantasy managers can rejoice, that we won’t see Carson Wentz anytime soon. Terry McLaurin and the Commanders have seemed to be more inspired when Heinicke is behind center. McLaurin has been targeted at least seven times since Heinicke has taken over as starting quarterback, with an astonishing 32% target share. The bonus for this week is that the wideout will get a match-up against the Falcons who are allowing the second-most fantasy points to wide receivers this Fall. Start him in all league formats - Leo

Usage doesn't always beget fantasy points. This week's case study is Mack Hollins. Derek Carr has been having a brutal season, and without Darren Waller and Hunter Renfrow, Carr hasn't been able to utilize Hollins, despite his usage in the offense. Look for another subpar showing in week 11. - Matt

Since T.J. Hockenson arrived in Minnesota, Adam Thielen's target share has taken a major hit. Over his last three games, Thielen has been held under double-digit fantasy points and has averaged just over five targets per game. This week they face the Patriots on Thursday Night Football, who are allowing the second-fewest fantasy points to wide receivers this season, therefore making Thielen a sit for me this week. - Leo

With the bye to get reps in and the possibility of Leonard Fournette missing time, or perhaps on a pitch count, look for Rachaad White to make his break out this week against Cleveland in a cold-weather ground-and-pound game. - Matt

Nothing can accentuate what Jeff Wilson Jr. means to the Dolphins’ offense more than one word that Tom Hanks said in Cast Away, “WILSOOOOON!!! Wilson has been a straight-up stud since reuniting with head coach Mike McDaniel in Miami, after being traded from the 49ers. In two games with the Dolphins, Wilson has rushed 26 times for 170 yards and five receptions for 45 yards, with two total touchdowns. Oh yeah, and as an added bonus Wilson faces the Texans who are allowing the most fantasy points to running backs this season. - Leo

Jeff Wilson Jr. in his two games on the Dolphins:

There is a new RB1 in Miami 🏖️ pic.twitter.com/eNGAw8Ac9b

The Denver Broncos are an absolute mess. With injuries and now the recent release of Melvin Gordon, it looks like Latavius Murray is now the top back in Denver. Murray hasn't rushed for 50 yards in the past four games. The upside just isn't there with Murray. - Matt

I know that if you have Alvin Kamara you are starting him no matter what, but if you do, don't expect much from the talented running back this week. Kamara and the Saints are traveling West to face San Francisco and their stout run defense. The Niners are allowing the second-fewest fantasy points to running backs this season. Only one running back has scored over 20 fantasy points against the 49ers' defense this year, and that was Christian McCaffrey who’s on their team now. Over the last two weeks, the 49ers have held Austin Ekeler and James Conner to 13 fantasy points each. So temper those expectations for Kamara this week.  - Leo

Alvin Kamara has averaged 9.9 fantasy PPG in his last 3 games

Death. Taxes. Tight Ends against Arizona.  Gerald Everett, if healthy, is in a really sweet match-up, where every tight end matched up against the Cardinals is the TE2 in points per game this season.  - Matt

One player that has benefited from a change of scenery has been T.J. Hockenson. Although the Patriots have a solid defense, they have allowed the ninth-most fantasy points to tight ends this season. Over Hockeson’s last three contests he has averaged over nine targets per game while scoring 12.3 PPR fantasy points. Hockenson should be hovering around this fantasy point total as the Patriots are sure to be focusing on trying to stop Justin Jefferson this Sunday. - Leo

The Broncos' offense is completely broken.  They travel East to face a Carolina defense that is 12th best against tight ends.  Greg Dulcich is a tough start this week. There really isn't much else to say about this situation - Matt

Gerald Everett has only played more than 70% of the snaps in one game this season. Now he has a tweaked groin.

George Kittle is another stud that I know fantasy managers will want to start in Week 12, but be warned, he is going up against the tight end kryptonite, the Saints’ defense. No tight end has scored double-digit fantasy points against the Saints' defense. League managers will be inclined to start Kittle in Week 12, so all I’m saying is just tempered those expectations this week. - Leo

The New York Jets D/ST potentially face a traveling Trevor Simeon or a hurt Justin Fields. This game has big playoff implications for the Jets, so look for this elite unit to step up to the challenge again. - Matt

The Jets defense allowed one TD in eight quarters against the Patriots and lost both games. That's hard to do.

Coming off the bye, the Miami Dolphins D/ST are licking their chops at their Week 12 opponent. The Texans are allowing the fourth-most fantasy points to opposing defenses. Opposing defenses are averaging 11 fantasy points per game. With Miami at home, fantasy managers should look to start the Dolphins' defense in all league formats. - Leo 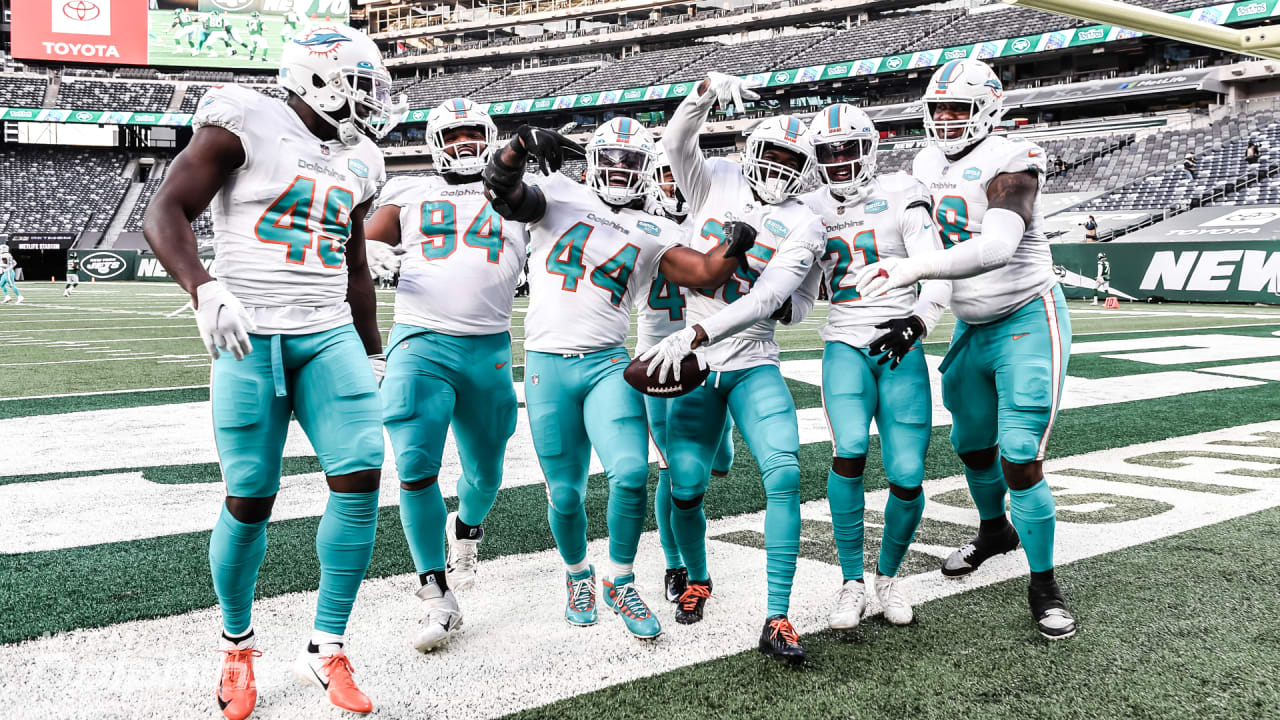 Over the last couple of weeks, the Cincinnati Bengals D/ST have taken some hits in their secondary, with a couple of their starters heading getting injured. Now that Tennessee has Treylon Burks back in the starting line-up and Derrick Henry coming out of the backfield. Fantasy managers should look for another option this week on defense. - Leo