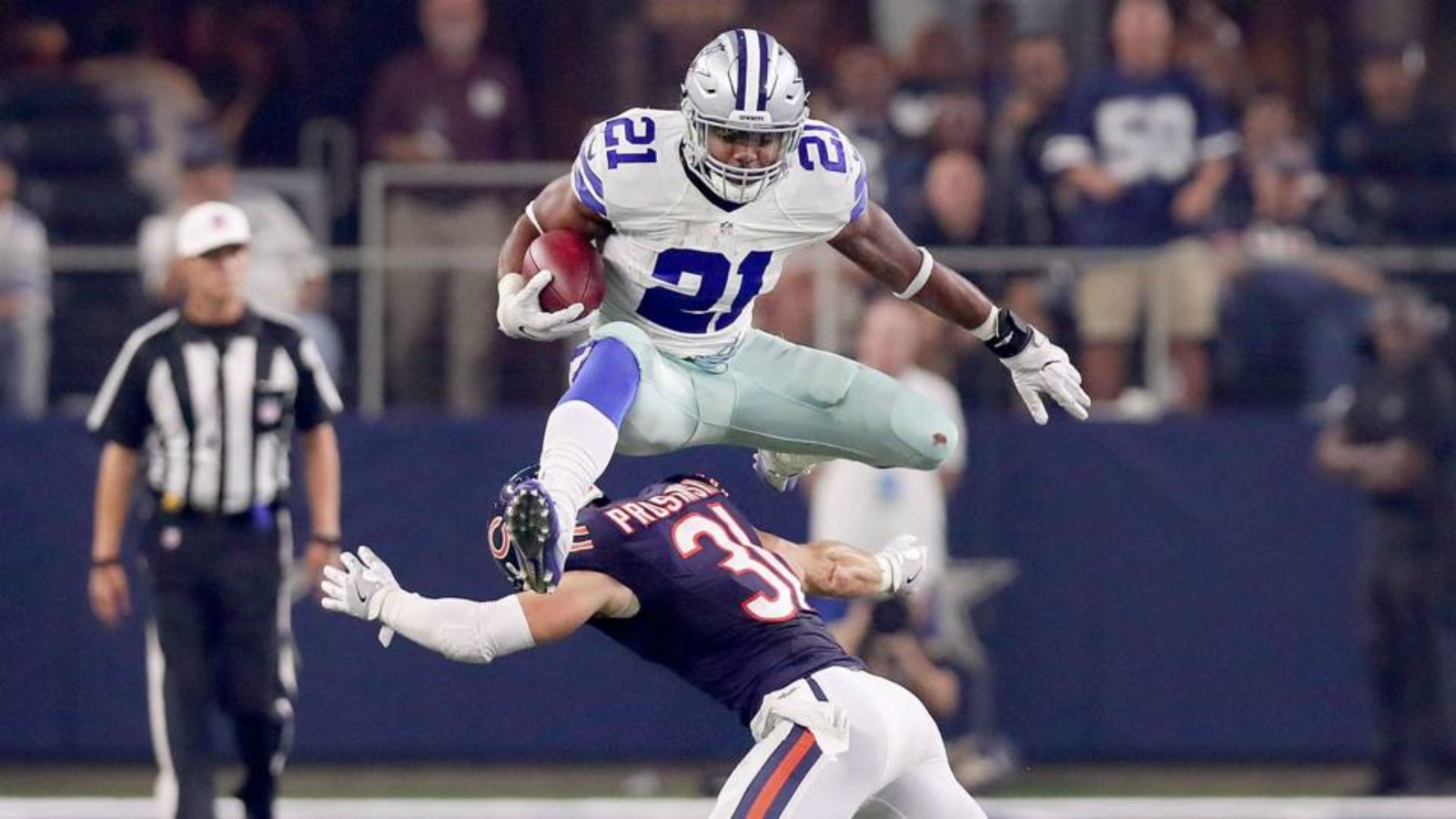 Stay Away From Saquon Barkley, Or Not?

At this time of year there are always more questions than answers when it comes to fantasy football. One of the main tools that drafters use is Average Draft Position, or ADP. These lists are generated on drafts that have already been completed, but they do tend to have a lot of volatility to them.

Usually though the first round of most drafts tends to be more consistent than any other, and this year is no different in that aspect. What is different is that all ADP lists tend to be different due to the fact that a lot of them are generated from a ton of mock drafts, not real drafts that actually matter.

The reason I prefer this ADP is that each of these drafts is being done by people that are literally putting their money where their mouth is. Each team costs $250.00 to enter so people put their full attention into them and there is most likely a minimum of, if any, auto picks that are being picked using previously flawed ADP. Plus they are not affected by rookie-only drafts.

With that in mind today’s Twitter/Facebook Question of the day concerns ADP and which players some fantasy drafters just don’t trust at their current ADP. With that in mind let’s get right to it.

Which consensus 1st round pick is someone you just won't draft and why?

@Roto_Wan - I'm going to take the meaning of the question as someone I'm not going to get in any draft, and that's Saquon Barkley. I like the talent, but unless there's about ten other drafters that are as worried about his early season production as I am, I won't be drafting him.

@Bennett09Matt – DeAndre Hopkins. The Deshaun Watson regression is hard to ignore. Hopkins is still my WR4 but likely someone else will pull the trigger before me.

@itsvon - I don't trust Saquon Barkley to run between the tackles, potentially limiting his usage or keeping him from becoming "bell-cow."

@doctajordan -  Saquon Barkley because I don’t use a first round pick on unproven NFL talent.

Jason Duvall - Kareem Hunt for me. Don't get me wrong, I like the guy. And we all know what a RB can do in Reid's offense. That said, Hunt wasn't exactly the clear cut top option in Reid's offense last year. I recall a few games where he went overlooked almost completely. And now he has a new QB that likes to throw deep. The addition of Sammy Watkins is yet another potential target to cipher touches away. I also think Tyreek Hill will be more involved. Hunt may very well still be an elite RB - I'm just not willing to spend my #1 on him.

Jayson Tzley – Saquon Barkley - As Giants’ fan I think he’s a key asset, but too high for a rookie and I'm worried he’s over hyped this year.

@MisterSkoch – Leonard Fournette and Melvin Gordon. Their efficiency is poor despite their high TD ceiling and I’d much rather have an elite WR in the back end of the first + Dalvin Cook in the 2nd.

@rgonzalezrm – Odell Beckham Jr., he’s there for me to pick every time and I pass him up for a top ten rb. Just worried of re-injury or anything else and don’t want to deal with the unknown.

@Bill_Riccette - As much as I love Saquon Barkley, seems to be getting a lot of hype as a first round pick. Have to think he’ll get vultured on a few scores too by Jonathan Stewart. Just seems way too rich for a rookie.

Eric Olinger - Mike Evans, WR TB- First, I don't love him as most do. I think his name value far outweighs his production value. Second, I don't trust Jameis Winston to effectively lead this offense. Third, with Cameron Brate and O.J. Howard in the RZ, Evans isn't going to be forced fed TDs.

Brad Ellsworth - Such a tough call... in a PPR draft, you're looking at the likes of Gurley, Elliott, Bell, Johnson, Kamara, Hunt, Barkley, Gordon... if I'm in round 1 of a PPR/Flex draft - I think I run from all in a 12 team draft, unless I'm picking late (like 9-12). Depends on the WRs gone at that point. I'm kinda out on Elliott, just too high... same for Johnson right now. Barkley - I'll pass on the rookie. Any of those guys that would cost me a top 7-8 pick, count me out. I'd rather have 2 stud WRs with a PPR/Flex. But, then again - I do go against the grain at times.

@JordanLMayes – Saquon Barkley. Not disputing he will be good but not 1st round value. None of the rookie RBs were 1st rounders last year and his high draft position scares me with his unproven record.

@GStockmyer - Odell Beckham Jr. because he’s coming off the ankle surgery. Michael Thomas has been boom or bust past 2 seasons, David Johnson is not a top 5 too big a world load, DeAndre Hopkins is praying Deshaun Watson stays healthy.

@MichaelGreen311 - I'm on the Saquon Barkley train too...too much proven talent to draft around him to put my first round eggs into his basket.

@nickdip83 - The only person at the top of that list I have any concern with is David Johnson and that is only because of the injury. Nowadays doctors are magicians though so what do I know.

@BigBru228 -  Ezekiel Elliott. I think they will stack the box vs Dallas. Dak took a step back last year and his WR's & TE is a mess leaving teams to concentrate on stopping the run.

Well one thing seems to be pretty conclusive here; I must be the only person on the planet that will draft Saquon Barkley in the first round, heck I am still taking him in the first five picks. But most just seem to be afraid to take a chance on him and there is nothing wrong with that because it is better to be safe than sorry, right?

But are they being safe?

Over the last two seasons there have been at least five consensus first round picks each season that have not even finished in the top 12 at their position, or roughly 42%.

There doesn’t seem to be anything safe in those numbers. In fact between the two seasons there were five running backs and five wide receivers that didn’t live up to where they were drafted. So for those who think the volatility in just in running backs, they would be wrong.

Normally I say you should never say you won’t draft any player because depending on how far they fall, at some point they represent value. But for the sake of this argument the player that I don’t trust and most likely won’t draft is Le’Veon Bell.