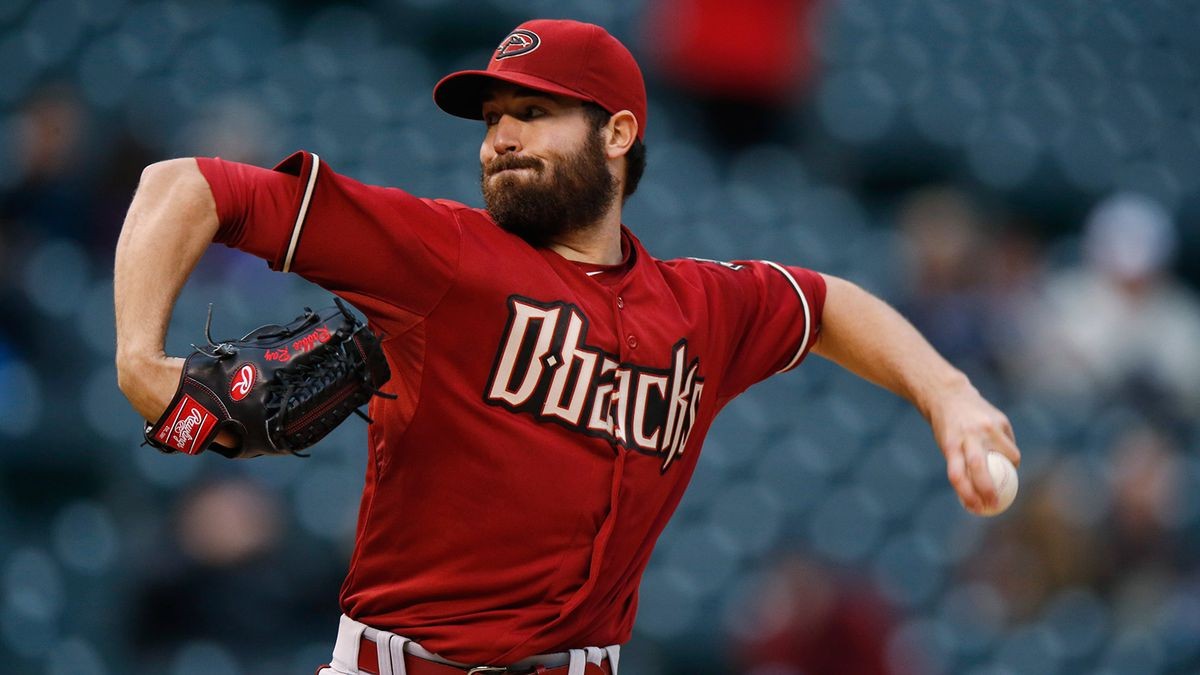 We always say that fantasy baseball is a marathon, not a sprint, and you have to know how to deal with the ups and downs of a long year. Throughout the season many players will slump, some for a long time, but knowing which ones will break out of it is key. Also key, is knowing which guys are on hot streaks that are short lived. Below are two players who have watched their stock fall recently, and two that have really been hot of late. I'll tell you what to expect going forward with each of them.

Stock Up, Stock Down Whit Merrifield (2B, Kansas City Royals): I mentioned Merrifield in my DFS piece at Mastersball, and as long as he keeps hitting, he will continue to have fantasy value.  In a less than spectacular Royals lineup, Whit is batting in the bottom third of the order and is still raking.  As of this writing, he is on a 15-game hitting streak, and has raised his batting average almost 100 points from April to May.  Merrifield is bashing against lefties to the tune of a .400 average, while still batting .250 against righties.  Despite hitting towards the bottom of the lineup, Merrifield has been killing it, hitting .412 in the sixth spot, .353 in the seven hole, and .412 when hitting eighth. Spme can be attributed to his newly elevated FB%, from 29.8% to 39%.  While it can't last forever, Merrifield has hit .425 over the last two weeks, and with six homers and six steals. With only 16% ownership in Yahoo leagues, Merrifield can be a serviceable streamer for players looking for help in the middle infield with injuries.

Robbie Ray (SP, Arizona Diamondbacks): Only 84% owned in Yahoo leagues, but that will change as the day grows long after last night’s 10 strikeout complete game.  Ray started the year off shaky, and someone dropped him in my work league. I am sending out a thank you card, with Kluber, Price, Bedrosion, and Tallion all on the DL at one point, Ray has been a road warrior.  He has been much better on the road, and with his ERA shrinking and his 10.96/K9, Ray is on pace for a personal best.  After an 8-15 record (ten quality starts) with 185 strikeouts in 2016, Robbie has already given us seven quality starts in the first two months this year.  Ray’s ERA has dropped a full point from April to May 3.56 to 2.56, and is getting much deeper into games, which his bullpen can be thankful for. In 26.2 IP at home his BAA is at .277, while the road split in 42.1 innings is .134 BAA. If Ray is somehow still available in your leagues, grab him now because the D-backs have an offense that can provide the run support you need to succeed.

Odubel Herrera is clearly NOT HAPPY about being put in Patrick's Stock Down! Well you better start hitting better!

Odubel Herrera (OF, Philadelphia Phillies): I’d like to say the entire Philadelphia Phillies line-up, but Maikel Franco and Herrera are laying monstrous eggs right now.  Rumors were the Phillies are talking about sending Franco down to the minors for some seasoning, and Herrera has been benched the last two games.  Drafted as a top-30 outfielder, Herrera is stinking up the joint, with a batting average 70 points lower than last season’s at .216, and an OBP 100 points lower at .261. This has led him to be dropped from lead-off to sixth in the current Phillies batting order.  Owned in just 55% of Yahoo leagues, Herrera is the ultimate buy-low candidate right now after a 15 homer – 25 steal season last year.  If Herrera gets his act together, well if the entire Phillies team gets their act together, Odubel could provide a small amount of relief for you Mike Trout owners.

Masahiro Tanaka (SP, New York Yankees): Drafted this spring as a number two or three starter in most fantasy drafts, Tanaka has blown goat so far this season.  Still owned in 96% of Yahoo leagues, Tanaka has an offense that can give him run support and is just not bringing it thus far. He may be heading in the right direction now, after a 13 strikeout performance his last time out. Even though it ended in a loss, he allowed just one run in seven and a third inning, and the bullpen gave that up on an inherited runner. Tanaka’s ERA jumped for 4.20 to 7.82 from April to May, and he has also allowed seven home runs in May after only three in April.  I’m sure he is glad the month of May is done today and hopefully he can get his ERA back to the 3.07 of last year.  Already at four losses, Tanaka had that as a total last season while winning 14 games, and the pedigree is there in him to get the .331 BABIP lowered.  We all need Tanaka to right the ship as the Yanks pre-season number one starting pitcher, and while his current stock is down, he could be in the upper half of this column if he continues to improve, or face Oakland every outing.  The stellar pitching of Luis Severino has catapulted him into the ace for New York, but a revived Tanaka would give the Bombers a nice one/two punch before getting to the buzz saws named Betances and Chapman. Baseball is always more interesting when the Yankees are winning. (Editor's Note: This last statement is the opinion of Patrick Wisniewski and is not necessarily shared by the other staff of this site lol)

You can always reach me @PolkaPat and be sure to read more of my thoughts at Mastersball.com