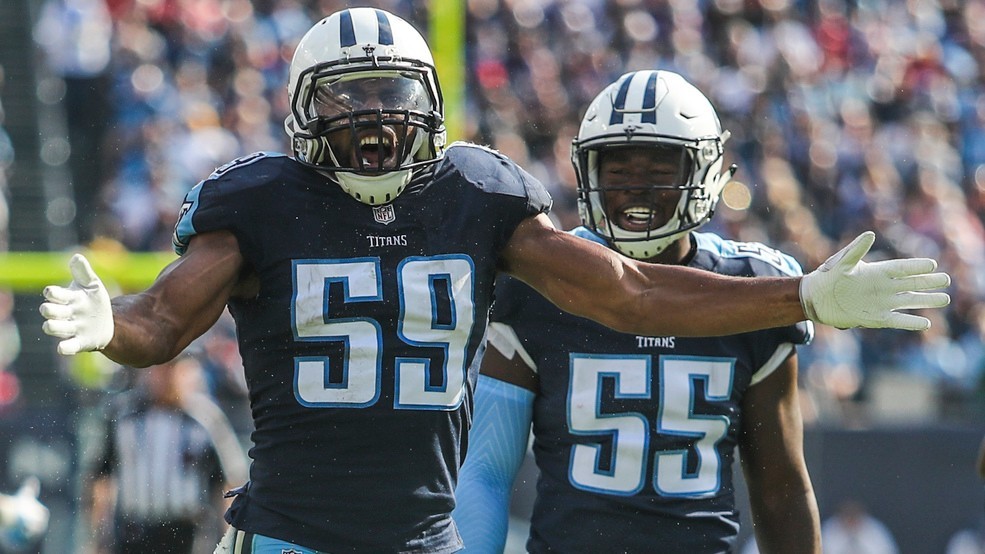 So you didn’t get a top tier defense. You probably ended up with a good sleeper pick at a position of need instead of drafting a defense too early. Now you’re in need of a defense to start in week one. Never fear, streaming defenses is an excellent strategy to help you win your week. Just look at matchups and see which are most favorable.

Every week I will bring you the top streaming defenses that are readily available on the waiver wire. These will be nice plug and play options if you don’t have that top tier defense.

Tennessee Titans @ Miami Dolphins (ESPN Ownership: 55.5%, Yahoo Ownership: 15%)
The Titans are up against the Miami Dolphins for week one. Miami is an offense that doesn’t look good on paper. If you want to hold onto the Titans for future weeks, they get the Buffalo Bills in week 5. Buffalo has a bad offense as well, so it might be worth holding onto the Titans at defense. Last season, the Titans were a very streamable defense, and you should look for them to be stream-worthy again this year. They are my number one streaming defense for week one.

Detroit Lions vs New York Jets (ESPN Ownership: 25.4%, Yahoo Ownership: 38%)
Sam Darnold will be tossing the ball in week one for the New York Jets. If it were Josh McCown, this would also be a favorable matchup. Right now, with Darnold, you get a rookie quarterback starting his first in-season game. Darnold could become a great quarterback in this league, but right now he’s brand new to the NFL. He’ll have to out some kinks, and plus it’s the Jets offense, so look for the Lions to be a nice week one streamer.

Cincinnati Bengals vs Indianapolis Colts (ESPN Ownership: 2.9%, Yahoo Ownership: 10%)
Last season, the Bengals weren’t anything to write home about when it came to defense. Even though that was the case, they had their weeks where they were streamable. Yes, Andrew Luck is back in week one for the Indianapolis Colts, but it’s his first game back in almost two years. He’s sure to be a little rusty, even if it is Luck. The defense will look to take advantage of the fact that Luck hasn’t played in such a long time.

Carolina Panthers vs Dallas Cowboys (ESPN Ownership: 46.8%, Yahoo Ownership: 53%)
A few years ago, the Panthers were the defense to own. Fast forward a few years, and now they’re only a stream-worthy option. In week one they get the Dallas Cowboys, a team who has a beat up offensive line and relies mainly on their running back Ezekiel Elliott. Last season, Dak Prescott had an up and down season quarterbacking for the Cowboys, and this could also be the case this year. Jason Witten and Dez Bryant are no longer on the team, and Prescott’s targets aren’t all that solid. The Panthers could look to have a good week one matchup here.

Seattle Seahawks @ Denver Broncos (ESPN Ownership: 6.3%, Yahoo Ownership: 21%)
Denver’s running game is one big mystery. They have Devontae Booker and Royce Freeman, but honestly, we don’t know how the running game will go here. Last season, the Broncos had questionable quarterback play which led to being able to stream the defenses playing against them. This season, Denver has a new quarterback in Case Keenum. Keenum has been all over the place during his career, and although he had a superb year last season with Minnesota, it isn’t a given that he will continue that with a new change of scenery. Seattle used to be one of those defenses you always wanted on your roster, but the Legion of Boom is no longer there. Could be worth taking a chance on the Seahawks though if you are in need of defensive help in week one.

Remember, streaming defenses doesn’t always work out, but these are your best bets if you are in need of a defense for the time being. Keep your eye out for next week’s article that will go over whom you need to stream in week two.