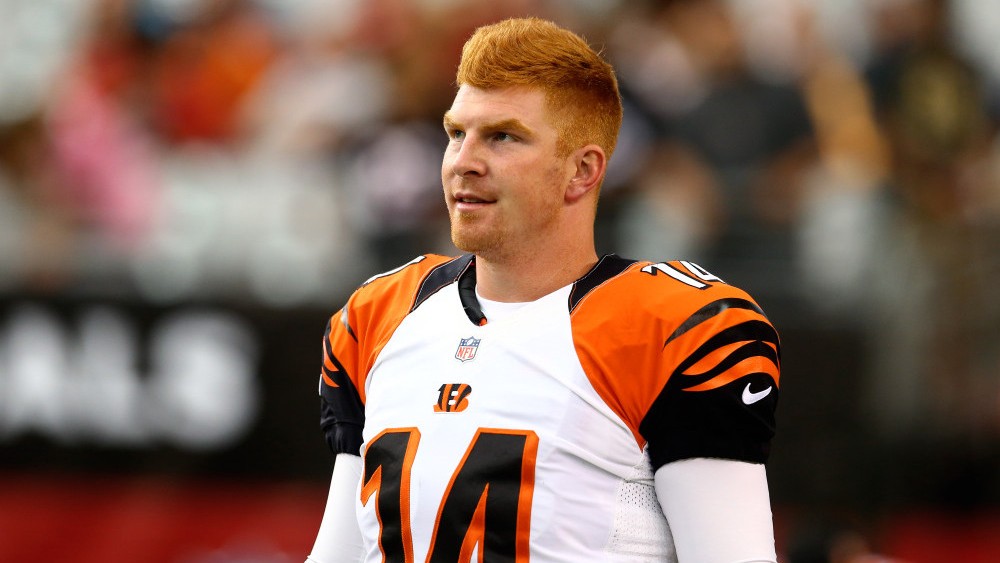 In a pickle this week at quarterback? Like streaming based on schedule? There are a few waiver wire options you can snag and plug-in for week one of the NFL season.

I wouldn’t play these guys over players like Aaron Rodgers and Tom Brady, but if your mid-tier quarterback has a not so stellar match-up you can always take a shot on one of these men under center.

These suggestions are listed in the order I would play them. They can also be viable options in two-quarterback leagues.

Andy Dalton, Cincinnati Bengals (ESPN Ownership: 20.6%, Yahoo Ownership: 30%)
The Bengals contest versus the Colts is a very favorable one. This should propel Dalton to great fantasy numbers for this week. When these two teams met in 2017, Dalton threw for 242 yards and two touchdowns. He should be able to repeat those numbers in this game.

Whenever Dalton’s targets are healthy, he tends to do well. Currently, his weapons are all in good shape, so he has a lot of options. Tyler Eifert is usually banged up, but he will be good to go in the week one contest. This should bode well for Dalton as the Indianapolis defense doesn’t do a wonderful job manning the center of the field. Joe Mixon, John Ross, and Giovani Bernard are all healthy as well, so this gives Dalton even more choices as to where to put the ball.

The Colts had the third lowest pressure rate on opposing quarterbacks last year, and that should be ideal for The Red Rifle. Dalton might also be a key stash for upcoming games as his schedule is decent in the future. You would be wise to skip him in games such as ones versus the Ravens and the Saints, but he also gets match-ups with teams like the Dolphins and Browns. He could be a good addition to your bench or you could find yourself dropping him after week one and being able to grab him again for other weeks.

Blake Bortles, Jacksonville Jaguars (ESPN Ownership: 11.4%, Yahoo Ownership: 33%)
Bortles was one of my favorite pigskin throwers to stream last season. He’s been extremely helpful in the past as a streamer and should pick up right where he left off. Bortles is often overlooked and underrated as a fantasy quarterback. Being good for fantasy football teams is not the same as being a good NFL quarterback. Just don’t watch Bortles play, and you’ll be fine.

The Jaguars get a juicy contest with the New York Giants in week one. The Giants’ defense allowed 16.5 fantasy points to rival teams last season. This should turn out well for the Jaguars’ quarterback. Bortles averaged 16 fantasy points a game last year, so playing against the Giants seems desirable.

Bortles did lose Marquise Lee to a knee injury before the season started, but Keelan Cole and Dede Westbrook are entering their sophomore stints with the Jags looking to be offensive threats. The addition of Austin Seferian-Jenkins and Donte Moncrief could be advantageous for the game manager.

Tyrod Taylor, Cleveland Browns (ESPN Ownership: 31.8%, Yahoo Ownership: 12%)
Baker Mayfield is right there, ready to take over if (and ultimately when) the Browns decided to bench Taylor for Mayfield. Week one is the perfect time to get Taylor in before anything happens to his starting gig. The Browns get the Steelers in the first week of the season, and although it may sound like a hard match-up, it isn’t as difficult as it seems. You should be able to hit fantasy gold with Taylor this week.

Taylor has a high rushing floor which has always been helpful for his fantasy numbers. Everyone has been talking about the targets that Taylor has. Jarvis Landry is now with the Browns, Josh Gordon is back, and David Njoku looks legit. Taylor will probably need to pass the ball a lot in this contest, so look for him to get both air and rushing points.

I would take Dalton and Bortles over Taylor, but he is a nice addition if you’re in a jam. In two-quarterback leagues, Taylor is the perfect play this week. He may not be valuable in the future, so play him while you still can.

Mitchell Trubisky, Chicago Bears (ESPN Ownership: 23.7%, Yahoo Ownership: 18%)
Let’s face it --- Trubisky’s supporting players were bad last season. Fast forward to 2018, and it seems like a whole new ballgame. The Bears have a new head coach in Matt Nagy which should help iron out the wrinkles experienced last year. Allen Robinson, Anthony Miller, and Trey Burton all joined the roster for 2018 so it looks promising for the youngster.

In Trubisky’s first year with Chicago, he rushed for 248 yards and two touchdowns. He only played in 12 games last year. He is agile and quick on his feet, so keep your eye out for rushing points from the second year quarterback.

The Bears are playing against the Packers in this first contest of the season. The Packers’ defense is not all that good even though they’re looking to improve this season. The Bears should be able to run on this defense, and Trubisky looks to have stellar yardage on the ground against them. Green Bay gave up the sixth-most fantasy points to opposing quarterbacks in the 2017 campaign, and I am not quite sure they’ll be able to correct this right away.

Trubisky is another streamer that I would suggest only in deeper leagues or two-quarterback leagues, but if you want to take a flyer on him then it could work out in your favor.

Joe Flacco, Baltimore Ravens (ESPN Ownership: 4.1%, Yahoo Ownership: 7%)
Joe Flacco in your starting lineup? Hear me out. This isn’t a play I’d make in one quarterback leagues unless I was in a league with a large number of teams. Even then, the players I have listed before Flacco are safer bets. Still, Flacco had a good preseason, and it may pay off to start him this week.

Now that Lamar Jackson is the new guy in town, Flacco has a fire under him to keep his starting job for as long as possible He wants to play well, and in the first contest against the Bills he will be able to show that he can still play in this league.

Flacco has never been the flashy pick, but sometimes you don’t need that in fantasy. Playing against Buffalo means that Flacco has a large chance of putting up decent fantasy statistics. He has new receivers in Michael Crabtree, Willie Snead, and John Brown. Crabtree has a chance at being a fantasy WR2, and the only way he is going to get there is if his quarterback helps him out.

Again, I am not suggesting you start Flacco over a stud quarterback, but if you’re in a bind, this could be the play for you. In a two-quarterback league, you could do a lot worse than Flacco. Make sure you have a good quarterback in your number one spot, and then feel free to roll out Flacco as your second ball passer.

Remember, these are just streaming options. These are not players you are going to start over your elite players. Do not overthink this. As the season progresses, streaming will be a more feasible option because of injuries, bye weeks, and schedules. Check back in soon for your second week streaming choices.