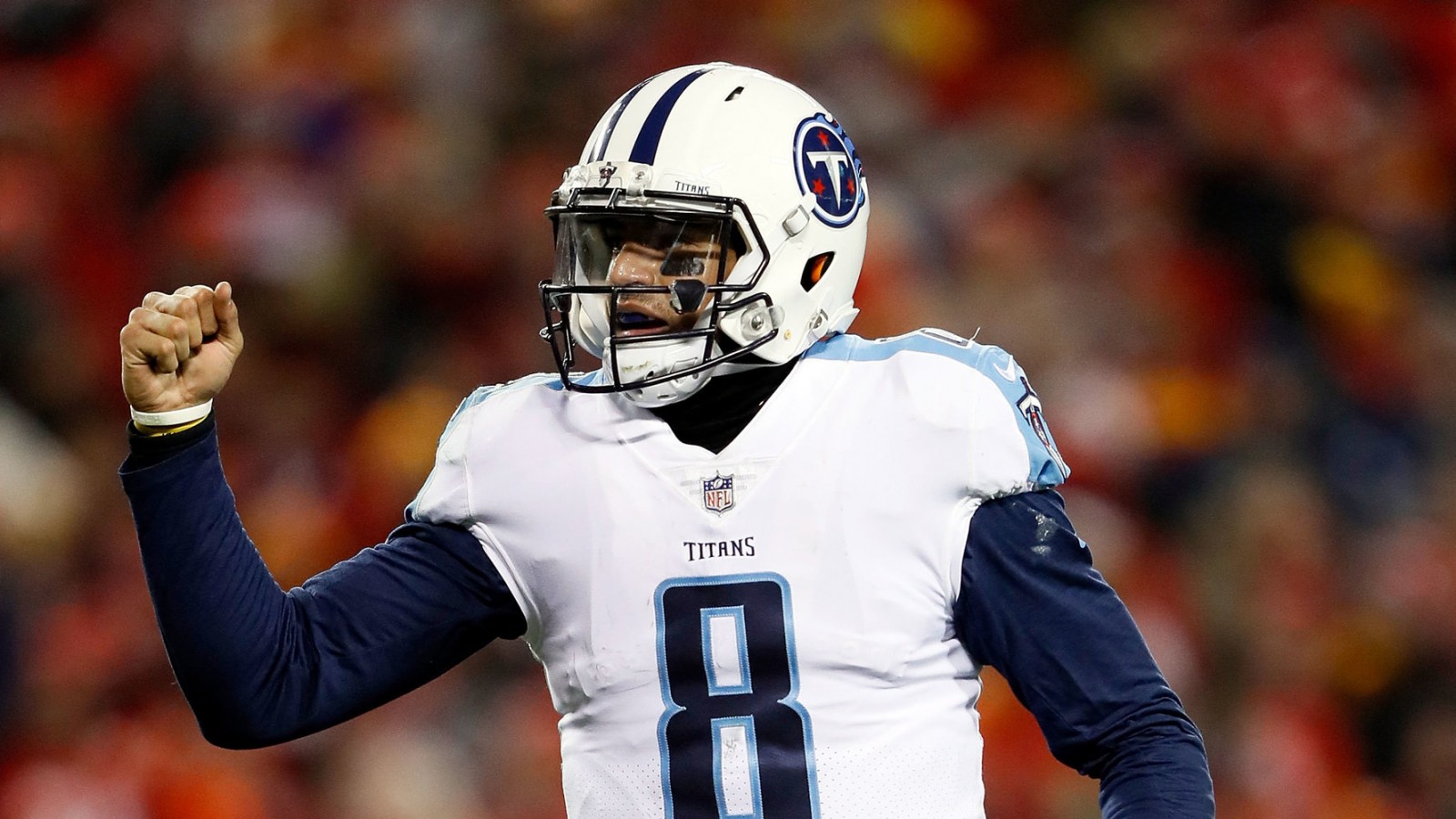 Fantasy football quarterbacks have been something else this season. According to the great @LateRoundQB on Twitter, during both 2016 and 2017 seasons, there were a total of 32 quarterback showings of 30-plus standard fantasy points (not including the dismal week 17 that no one should be playing anyway). Fast forward to the crazy season that is 2018, and 16 of those 30-plus performances have already occurred. That is equal to four 30-plus quarterbacks in fantasy scoring a week.

The season is full of hit or miss quarterbacks, but you’re more likely to hit than miss. Still, streaming is important (look at Fitzmagic aka Fitztragic in week four versus his other weeks). I’ll outline a few streamers worth taking a shot on, especially with two teams on bye this week. Not saying you were going to be starting Mitchell Trubisky or Jameis Winston anyway, but you never know. Hint for those of you out there looking for good quarterbacks to play in the future; Trubisky and Winston aren’t going to be bad pickups for upcoming weeks.

Blake Bortles has been on this list a lot, meaning you should probably keep him on your roster. In the last game he played, he went 29-of-38 passes completed for a total of 388 yards. Bortles also tossed for two touchdowns and one interception. The Jaguars’ man under center also happened to run for 28 yards on three carries in the win over the New York Jets. Bortles managed to target wide receiver Donte Moncrief for a 67-yard touchdown bomb over the weekend.

This next week, Bortles takes on a less than stellar Chiefs’ secondary. On the offensive side of the ball, the Kansas City Chiefs have been looking good, so look for the game to be a high scoring affair. Due to the high scoring factor, Bortles is going to be forced to throw the ball more often. If he does not turn the ball over, he should put up a nice number of fantasy points. Leonard Fournette is set to be out, so that should help contribute to the passing game. With a 76.3 pass completion percentage on the year, keep an eye out for Bortles to have a big fantasy game.

The Red Rifle should be owned in more fantasy leagues than he is. In his last game, he went for 29-of-41 completed passes and 337 yards. Andy Dalton passed for three touchdowns and threw one interception. He also happened to rush for 13 yards on two carries in the Bengals win over the Atlanta Falcon. During this game, tight end Tyler Eifert was lost to a broken ankle. He does still have a viable tight end option in Tyler Kroft. A.J. Green managed to play through his groin injury. Wide receiver John Ross has been playing exceptionally this season as well. Dalton has a great number of weapons at his disposal which does help with his fantasy numbers.

Dalton came into the fourth week of the season with 64-percent of his passes being completed. He has five interceptions on the season, but a few of them are not entirely his fault. The field general has been reliable this season with a total of 11 touchdowns.

This upcoming week, Dalton and company take on a Miami defense that gave up 274 yards passing to Tom Brady in week three. The Dolphins’ defense also allowed Brady to throw for three touchdowns on the day. Dalton should be a wonderful play this week and for future weeks to come.

Marcus Mariota has been injured for some time, so he is not found on many ESPN and Yahoo rosters. In week three, Mariota started and happened to complete 30-of-43 passes for 344 yards. He also came up with two touchdowns and an interception in the win over the Eagles on Sunday. Mariota rushed ten times for 46 yards and a touchdown during the victory against Philadelphia.

Mariota has been injured with a hurt elbow, but he looked good in the 26-23 win over Philadelphia. It is common knowledge that you should start a quarterback against the Buffalo Bills if you want to gain guaranteed points, so feel confident streaming Mariota this week. Mariota is starting to look like the old Mariota of years past, showing off 17 rushes for 97 yards over the last two games he has participated in. There are several teams on bye weeks in the upcoming matches, so feel free to pick Mariota up now and stream into the future.

Joe Flacco completed 28 of his 42 passes during the 26-14 win over the Pittsburgh Steelers on Sunday. Flacco tossed the pigskin for 363 yards and two touchdowns in that victory. John Brown managed to be an impressive target yet again for the Ravens’ quarterback. Willie Snead and Michael Crabtree were also utilized in the offense.

Flacco is averaging an impressive 313 passing yards and two touchdowns over the four games he has started. He also looks to improve on this number when he takes on the Browns’ defense in the next game on the schedule. Oakland Raiders’ quarterback Derek Carr was able to put up 437 passing yards against the Browns’ defense, so Flacco should be able to do the same (if not better). Flacco has eight touchdowns thus far, and he looks to add to the total when he plays Cleveland.

Here’s one that is a real dart throw. Dak Prescott has not looked sharp this season, but a lot of that has to do with the offensive players at his disposal. In week four, Prescott had his most impressive game of the season with 17 passes completed of 27. He did go for 255 yards and tossed for two touchdowns as well. Having Ezekiel Elliott there as a security blanket seems to be working well for Prescott. The main problem is the play calling and the coaching staff, as Prescott only just now started throwing downfield. He is capable of getting you rushing yards, but he has to be used correctly.

In Sunday’s 26-24 nailbiter of a win over the Detroit Lions, Prescott went for 9.4 yards per attempt. He also set a new season high in yardage while connecting with Elliott for a 38-yard touchdown toss. Prescott also connected with tight end Geoff Swaim at the 1-yard line for a touchdown score in the third quarter. Tavon Austin almost caught a touchdown pass as well which would have helped Prescott’s numbers immensely. For the first three weeks of Prescott’s 2018 campaign, he only happened to throw for 170, 160, and 168 yards, so he definitely has hurdles to jump. In two quarterback or dynasty leagues, Prescott is worth a look though. The offense needs to gel in order for him to have a good game, but it could happen against the Houston defense on Sunday night.

The quarterback landscape is deep, so you can feel confident playing a lot of the signal-callers still available on waivers. Players such as Philip Rivers, Matt Ryan, and Jared Goff are also available in some shallow leagues, so keep your eye out to see whom you can plug in. With bye weeks still happening, some teams will drop a starting caliber quarterback because they need to pick up a bye week replacement. Feel free to take advantage of this if it happens in one of your leagues.