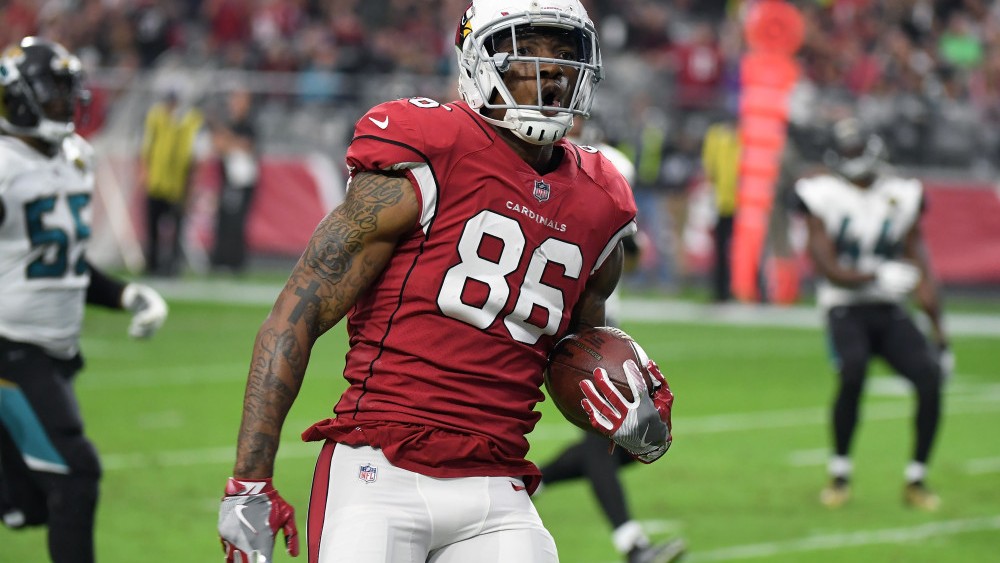 We thought the tight end landscape was bad over the last few weeks, but it just got worse. Everyone’s favorite tight end pick up at the beginning of the season, Will Dissly, was placed on Injured Reserve with a patellar tendon injury. Tight end O.J. Howard sprained his ACL and will be out two to four weeks. Evan Engram is already out with the same injury. Even Rob Gronkowski couldn’t avoid the injury bug, dealing with an ankle injury. He should be fine to go on this short week, but he still hasn’t looked like his regular Gronk self this season. Let’s not forget the horrible Tyler Eifert ankle injury. Poor guy just can’t stay healthy, and this time it was something other than his back.

With tight ends either getting hurt quickly or just not being productive, you may find yourself looking at waivers in order to find the next tight end who can make it big. There are a lot of options available at your disposal, but many of them will be hit or miss. You may be able to pick up someone who can get you more than the mediocre numbers tight ends not named Ertz or Kelce have been tallying, so take a look at your waivers and see what is out there.

As for defenses, the bye week is not doing you any favors. If you happened to pick up the Chicago Bears defense to stream (and hopefully keep), you may notice they are on a bye this week. The Bears are one of the elite defenses of 2018 thus far, so you will have to take a look elsewhere in order to get defensive points this week. There are plenty of favorable match-ups this week, so finding a reliable defense is something that can be done.

Vance McDonald will probably be the number one tight end grab of the week. In his last game, McDonald managed to catch five passes for 65 yards. He also had a fumble which ultimately cost him a double-digit fantasy game in PPR settings.

McDonald has been sharing time with Jesse James (another hot pick up just a few weeks ago). Since coming back off of injury, McDonald has seen 61.9% of the Steelers’ snap. He outran routes versus James a total of 32 routes to 11 in the previous game. McDonald is making a name for himself as the pass-catching tight end in that offense.

Over the last two weeks, McDonald has gone for 174 receiving yards. He has also been targeted five times in each of his games this season. This upcoming week he takes on an Atlanta defense that gave up a touchdown score to Tyler Eifert before he was injured in week four. McDonald can be a game changer and is worth a roster spot.

Tyler Kroft is a tight end that is readily available in almost all ESPN and Yahoo leagues. Tyler Eifert, Cincinnati’s number one tight end, ended up suffering a nasty ankle injury in their week four affair. Now Kroft will be taking over the number one role. Last season, Kroft played admirably with 404 yards and seven touchdowns. He also happened to catch 42 passes in the 2017 campaign. Now that Eifert is ruled out, Kroft will look to become a feasible tight end option.

The Cincinnati Bengals, led by quarterback Andy Dalton, have been on fire. They have been able to score at least 34 points in all of their victories this season. Dalton looks to be having the best season of his career, thanks in part to the talented receiving options he has available. In week four, Dalton only targeted Kroft one time, but his role should expand with Eifert out. Dalton likes to throw to his tight ends in the middle of the field, so Kroft can put up nice numbers this week against Miami.

Now that Josh Rosen has taken control of the Arizona offense, look for Seals-Jones to become targeted more. So far, Seals-Jones holds a 17% target share in the offense but looks to improve on this in the upcoming weeks. He is a nice plug and play option this week, so you should be able to feel relatively confident streaming him this week.

Tight end is a real struggle this season, and that should be made evident with Geoff Swaim’s addition to the tight end streamers list. Dallas really has no pass-catching options, and Swaim seems to be a target quarterback Dak Prescott at least passes to. Last week versus the Detroit Lions, Swaim hauled in his first career touchdown pass. He has put up 11 catches on 16 targets for a total of 104 yards so far this season.

The usage with Prescott is appealing as he has been targeting him more. Still, he does not have too much yardage on the season, so Prescott will need to get on the same page as him. This weekend, the Dallas Cowboys take on the Houston Texas in Houston, and Swaim may be able to find the end zone in this game. Swaim is an add only in deep leagues or as a stash, even though he is considered stream worthy. Be cautious going forward with Swaim, but being cautious here could pay off.

Tennessee Titans @ Buffalo Bills
This is a defense I would highly suggest picking up and streaming this week. The motto of the season has been “play your defense that plays against the Bills”, and Tennessee is definitely worth starting. They have been a top-12 defense each week of this season, and they should continue to be a top defense this week. The Titans will be up against a rookie quarterback which is usually advantageous for opposing defenses.

Tennessee is currently ranked as the sixth highest scoring defense in fantasy football. In their win over the Eagles last week, the Titans ended up with four sacks to go along with a fumble recovery. Josh Allen has been sacked a whopping 15 times this season, and Green Bay held him to just 1.9 fantasy points last week. The Packers also happened to be the highest scoring defense last week when they played the Bills. Look for the Titans to put up huge numbers this week.

Carolina Panthers vs New York Giants
The Carolina Panthers had a bye week last week, so they could have been dropped to waivers. If they are available in your league, they will make for a mighty fine streaming option. On the season, the Panthers have eight sacks, five interceptions, and a fumble recovery.

Eli Manning has already been sacked 15 times in 2018. The New York Giants’ offense has looked mediocre to just plain poor this season. The Giants were only able to score 18 points on a New Orleans Saints defense that has not looked good this year. The Panthers are a home favorite, and they look to take a lead quickly. Manning will be pressured to pass the ball, and this will more than likely result in all kinds of turnovers. The Panthers will try to get to the quarterback as he was sacked three times by the Saints, six times by the Cowboys, and four times by the Texans.

San Francisco 49ers vs Arizona Cardinals
This is not a flashy start, nor does it seem like the smartest idea, but shooting for the stars could end up being advantageous this week. The 49ers do have the 28th overall defense this season, but they have racked up eight sacks. They only have one interception and two fumble recoveries this year, but they could improve on this in their game versus the Cardinals.

The Cardinals’ offense has not looked stellar this season. They have improved with Josh Rosen taking over for Sam Bradford, but the improvement isn’t huge. Arizona has yet to score more than 17 points in a game so far this season, and this could also be the case in the fifth week. Players in the Arizona offense are not being used in the correct manner, so defenses have been able to take control due to this. Keep an eye out on the 49ers being a sneaky play this week.

Before the Patriots took on the Miami Dolphins, Brady had been sacked an average of twice a game. New England has also happened to turn the ball over seven times this season. They play a short week this week as they’ll be competing in the Thursday night game. The Colts’ defense has been pretty bend and not break this season, and they have yet to put up negative fantasy points. If you’re looking for a fantasy streamer that has been reliable so far this season, this is the streamer for you.

The tight end and defense pools are limited this week, but there are still many decent to excellent options that could be on waivers. Remember to keep an eye out on defenses and tight ends who get dropped due to bye weeks.

The tight end situation does continue to be tricky, but there are bound to be one or two tight ends out there that will pop this week. Even if your tight end totals seven points, that is still more than a vast number of the tight ends once considered reliable. Use injuries and bye weeks to benefit you this week when streaming.