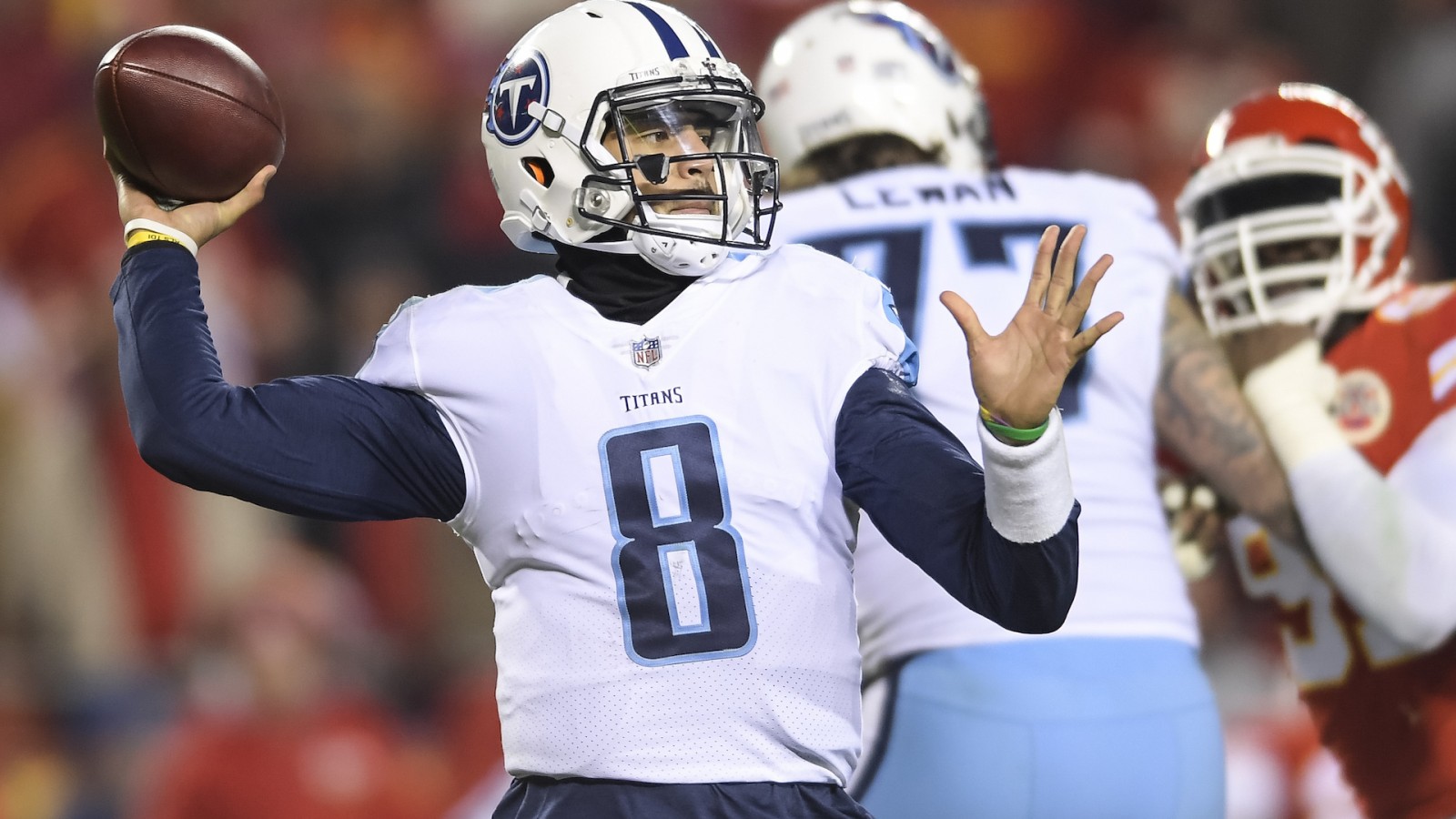 Week ten is in the books, and now we turn our attention to the craziness that is week 11. Week 11 has a whopping six teams on bye. If you have any players from Buffalo, New England, Miami, San Francisco, New York Jets, or Cleveland, you’ll have to fire up other players this week. I’m going to give you a few options at the tight end, quarterback, and defense positions to plug in if you’re in need of streamers this week.

Smith is a speedy tight end that can get you those fantasy points you need. This week, he takes on the division rival Indianapolis Colts who have been known to give up those points. In week ten, the athletic pass catcher hauled in all three of his targets for 45 yards. Not only that, but he also caught a touchdown in that win versus the Patriots. Smith has two touchdowns over the last two games (one per game), and he has looked very good in both week nine and week ten. Look for him to grab more targets going forward as the Titans seem to be using him like we assumed they would after Delanie Walker went down.

Vannett got plenty of targets in week nine (a team-high of eight). Still, week ten came and went with Vannett only seeing two targets and catching only one of those passes. He scored an early eight-yard touchdown in the Seahawks loss to the Rams in week ten but was not used the way he was in week nine. Ed Dickson is the other tight end on the Seahawks’ roster, but he hasn’t been much to fear. Vannett could pay off as a favorable bye week replacement this week as the Seahawks take on Green Bay. This might end up being a high scoring contest, but the Packers have not given up a touchdown to tight ends this season. Vannett will try to make it three weeks in a row that he has scored but does have a bit of a battle in front of him.

I had a difficult time deciding between Everett or Tyler Higbee here because they both scored touchdowns over the weekend. The target share for Everett hasn’t been there, but his last two games have each gone for over nine points in PPR settings. With the terrible Cooper Kupp injury news, quarterback Jared Goff will have to throw the ball elsewhere. Look for Kupp to find a connection with both tight ends in this offense, but I’d pick up the second year Everett over Higbee. Either way, you do want a piece of that Rams offense, and it’s not a bad idea to have a target from that team on your roster.

Mariota has surprised us all by having two awesome games in a row. He was struggling much of the season as well as dealing with an injury, but the last two weeks have shown he does have what it takes to at least be an exceptional bye week replacement if need be. Over his last two starts, he has zero interceptions and four touchdowns. Mariota probably has his confidence back after beating up on the New England Patriots in week ten. This contest sees Mariota facing an Indianapolis Colts’ defense that has been known to give up fantasy points. He will make for a reliable bye week sub for this week.

Bortles makes it onto the streaming quarterback list yet again. He has been missing for a few weeks, but now we’re getting “Good Blake”, so you can roll with him this week and hope that continues. In week ten, Bortles was able to throw for over 300 yards while also posting two touchdowns. One of the more impressive Bortles’ feats this week was that he had zero interceptions. Leonard Fournette is back in the mix, so that helped Bortles greatly in week ten. The Steelers are the team the Jaguars take on in week 11, and they have given up a decent amount of yards this season. Bortles could have another great game. He is a viable option as a bye week replacement.

Prescott has been hard to read this season. Some games he has nice fantasy games and other contests he puts up duds. He had over 21 fantasy points in PPR formats on Sunday night when playing the Philadelphia Eagles. The Cowboys’ quarterback has only had three games over 20 fantasy points this season, but he is up against an Atlanta defense this week that has been lacking. With the combination of Ezekiel Elliott catching passes out of the backfield along with new addition Amari Cooper meshing well with the team, Prescott should be able to put up decent fantasy numbers as a bye week fill in.

Streaming options at the defense position are quite harsh in week 11. One of my streamers for this week would be the Pittsburgh Steelers who are coming off a 17 fantasy point game versus the Carolina Panthers. Blake Bortles, the Jacksonville quarterback the Steelers face this week, is known for being turnover prone. Even though Bortles has put up plenty of fantastic fantasy contests this season, he still gives the ball to the other team. Last week, Bortles threw for zero interceptions, but look for the Steelers to get some turnovers in this matchup.

Currently, the Washington Redskins sit at 6-3 and lead the NFC East. The defense is the biggest reason the Redskins are in this position as their offense is mediocre at best. During their last contest, Washington handed 500+ yards to the Buccaneers, but they also only gave up three points. The Redskins have allowed more than 21 points to teams twice this season, so they should be able to keep the Texans to a reasonably low score. Texans’ Deshawn Watson has been sacked a total of 30 times this season, so the Redskins’ defense will try and take advantage of this. He has also tossed seven interceptions, another stat that has Washington excited to take on the Texans.

Streaming defenses look to be extremely difficult this week, but the Arizona Cardinals could be one of your best bets. They take on the Oakland Raiders who have looked pitiful this season. The Raiders’ offensive line is not doing the offense any justice. The quarterback has been sacked 29 times this season, and the Cardinals’ defense should be able to add to that total. The Cardinals are lacking when it comes to run defense, but the Raiders running machine Marshawn Lynch is on IR which makes this an easier task for the Cardinals.

Streaming options are a little dicey this week (as always), but these are some of my favorite streamers for week 11. If you have any questions about players available on your waivers and whether or not you should stream them, please feel free to hit me up @thekaceykasem on Twitter.