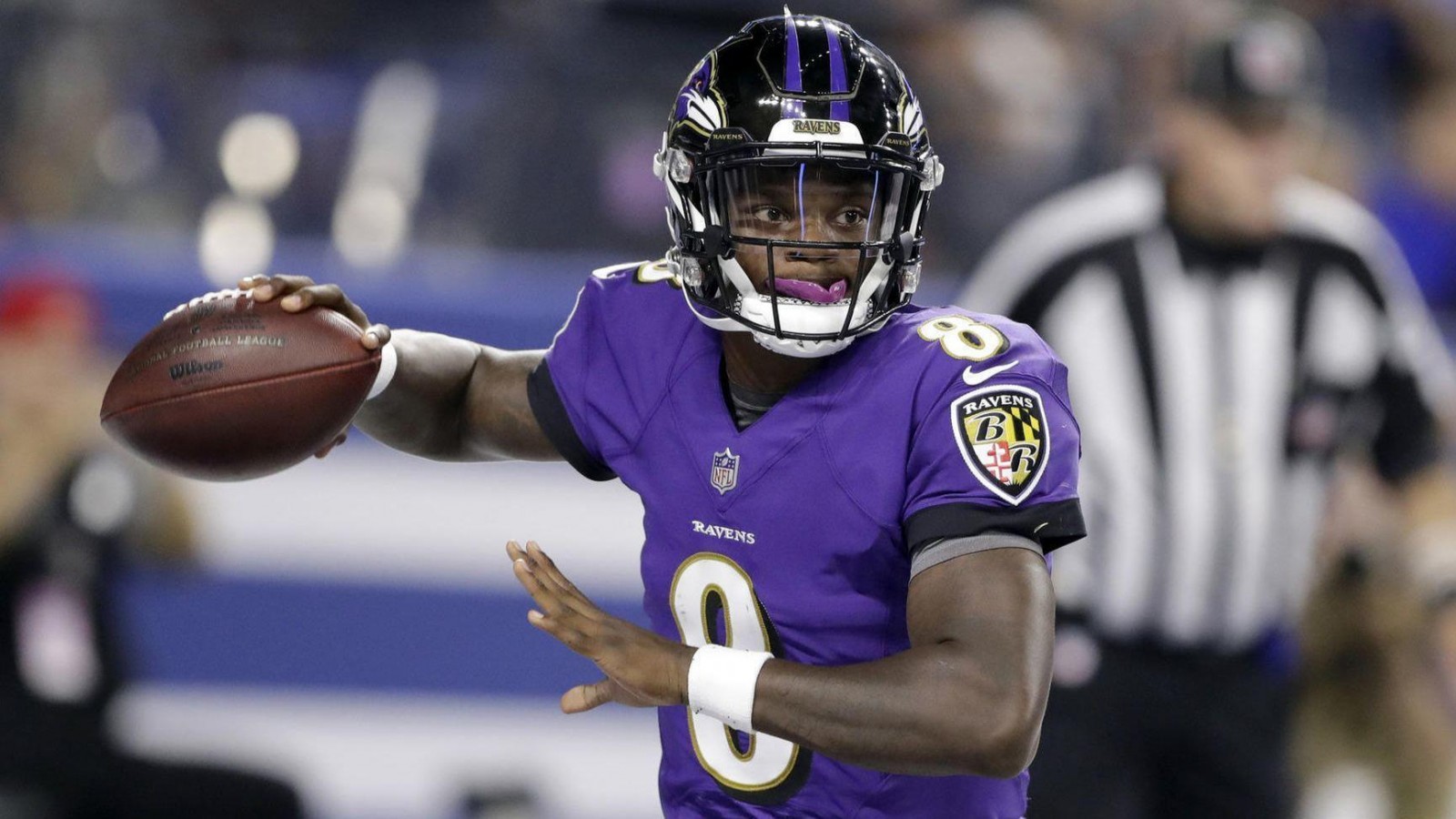 Here we are, rolling into week 12 of the 2018 NFL season. This week gives us Thanksgiving day slates and fun matchups all around. It also means the last week there is a bye. Week 12’s bye week teams are two of the heavy hitters. Both the Kansas City Chiefs and Los Angeles Rams won’t be playing, so you’ll have to adjust your roster accordingly. You’ll have no Jared Goff, Patrick Mahomes, Travis Kelce, and two impressive defenses. Times are tough when two teams like this are on bye, but I am here to suggest options at the tight end, quarterback, and defense positions that can be suitable bye week fill-ins.

Looking for a tight end to nab this week to plug into your starting tight end role? Want that tight end to have had three weeks in a row with double-digit fantasy points in PPR settings? Jonnu Smith is the tight end for you. Not only is Smith super athletic, but he also has exceptional hands. Smith is a consistent player who catches the passes thrown his way. For the third week in a row, Smith has managed to take the ball in for a score. In week 11, he hauled in six of eight passes. The six receptions were also a season-high for Smith. The Titans face the Houston Texans this week, and they allowed both Jordan Reed and Jeff Heuerman to have their best games of the season. Both of those amazing fantasy games came in the last two weeks. Look for Smith to continue his success in this contest.

Vance McDonald is owned in more leagues than your typical streamer, so you may have a difficult time grabbing him off of waivers. If he is there sitting on waivers, put in a claim for him and get him. He was targeted six times during his last contest, only catching three of those passes. It is impressive to see the quarterback target him like this though. McDonald happened to haul in an 11-yard touchdown in that game as well. Over the last two weeks, McDonald has scored a touchdown in both games. McDonald had four targets or more in the last three contests, and this should continue in week 11. He hasn’t been one to put up yardage in a long time, but he has a chance to get the yardage going when the Steelers take on the Broncos.

A reasonable replacement tight end this week would be Jeff Heuerman of the Denver Broncos. In his last game, he had four receptions for 20 yards which came off of five targets. This was tied for the second most targets by a player on the Broncos. Heuerman should be thankful this week as Case Keenum loves getting the ball in his direction. The ball does get peppered around by Keenum, but Heuerman has been one of his favorite weapons. This week, the Broncos get the Steelers, and Heuerman makes for a well-favored red zone threat. If you are desperate and need a Kelce replacement, Heuerman could be just the guy for you.

Sorry, Joe Flacco, Lamar Jackson looked pretty appealing in his first start as quarterback of the Baltimore Ravens. Jackson was swift on his feet, rushing for 117 yards as well as carrying the ball 27 times. 27 carries by a quarterback was record-setting as it was the most ever by a quarterback. Even though Jackson didn’t throw or rush for a touchdown, he was still able to pull off a QB1 performance. Jackson will be a marvelous replacement for Mahomes and Goff if you need someone to fill in this week. He’s up against the Oakland Raiders who have been generous to those rushing the ball. They have let teams rush on them to a point where they’ve allowed the fourth most rushing yards this season. Jackson will have a field day running on the Raiders. You may have passing concerns, but don’t worry. Jackson’s feet will make him a trustworthy option.

Dak Prescott is a streaming option if you need a replacement for Mahomes or Goff. He can also get you those points on the ground, even though that wasn’t the case during his last game. Prescott has proven he can get the job done if given the opportunity to rush. In Prescott’s previous contest versus Atlanta, he had zero turnovers. This is the second game in a row where he has not turned the ball over. He also happened to score a rushing touchdown which helped his fantasy stats. In his last four games, he has pulled off three rushing touchdowns. This can continue on Thanksgiving when he faces the Washington Redskins. In the first meeting with the Redskins this year, Prescott was superb, coming away with 20.2 fantasy points. Washington isn’t easy on signal-callers, but Prescott has shown he can be productive against them.

The Cleveland Browns take on their divisional rival Cincinnati Bengals in week 12, and Baker Mayfield looks to come out dangerous yet again. Last week, Mayfield had his best game of the year, completing 17 of 20 passes and putting up three touchdowns. He hasn’t been able to go over 300 yards this season except once when it comes to passing, but he has a positive match-up against a defense that has not been up to par. Cincinnati has surprisingly given up the third most points per contest to quarterbacks they have faced. The Bengals have also given up 23+ points to opposing teams in every game except one this season. As Mayfield continues to improve, you can feel confident in playing him as a bye-week replacement.

Other QBs to consider - Nick Mullens, Eli Manning, Jameis Winston (if you’re in a bind and somehow there are no other options available because that quarterback situation has been a mess)

The Cowboys have been an underrated defense this season. They’ve yet to have a negative fantasy game this year (although they did manage a zero pointer against Houston). This Thanksgiving, Dallas is taking on a Redskins team that just lost Alex Smith to a brutal leg injury. Now Colt McCoy will be at the helm. Washington will have their backup quarterback in, but they’re also without their pass-catching running back Chris Thompson and a lot of their wide receivers. Dallas can feast this Thanksgiving if they take advantage of the injury situation Washington is dealing with. Leighton Vander Esch, the Cowboys first-round draft pick, has looked great as of late. Sean Lee is out (what’s new), but Vander Esch has been able to fill that void. Dallas hasn’t been known for getting turnovers this season, but that can change with McCoy under center. The Redskins have an offensive line that has seen better days, and the Cowboys have 28 sacks under their belt so far this year. The Cowboys will be trying to get to McCoy as much as possible.

Here is a defense that has been satisfactory this year, but they still fly under the radar. They are currently ranked as the sixth best defense for fantasy points in ESPN leagues. Now they are coming off a bye week and get to take on the Jacksonville Jaguars. That’s a juicy matchup for the Bills as Blake Bortles is a turnover machine. The Jaguars are probably going to rely on their run game with Leonard Fournette to help secure the ball more, but when Bortles throws the Bills will be ready. In the last eight games the Bills have played, they have hauled in 14 turnovers. The Jacksonville Jaguars have happened to give up 19 turnovers to opposing teams, so the Bills will enjoy racking up the fantasy points. Feel comfortable streaming the Bills this week.

The Colts have a favorable upcoming schedule which includes their contest versus Miami in week 12. In the week 11 matchup with the Tennessee Titans, Indianapolis managed to hold the Titans to a low ten points. They also put the pressure on the quarterback, getting five sacks. Two interceptions also came in that game. This week is a home game which is ideal for the Colts. They are taking on Brock Osweiler this week which looks to be a great situation for Indianapolis. This is another defense you can feel confident streaming this week if you’re in need.

This is the final week where byes will be an issue, but I will continue to bring streamers to you each week because injuries happen and matchups aren’t always ideal. If you have any questions on streaming this week, feel free to send me a message on Twitter @thekaceykasem.