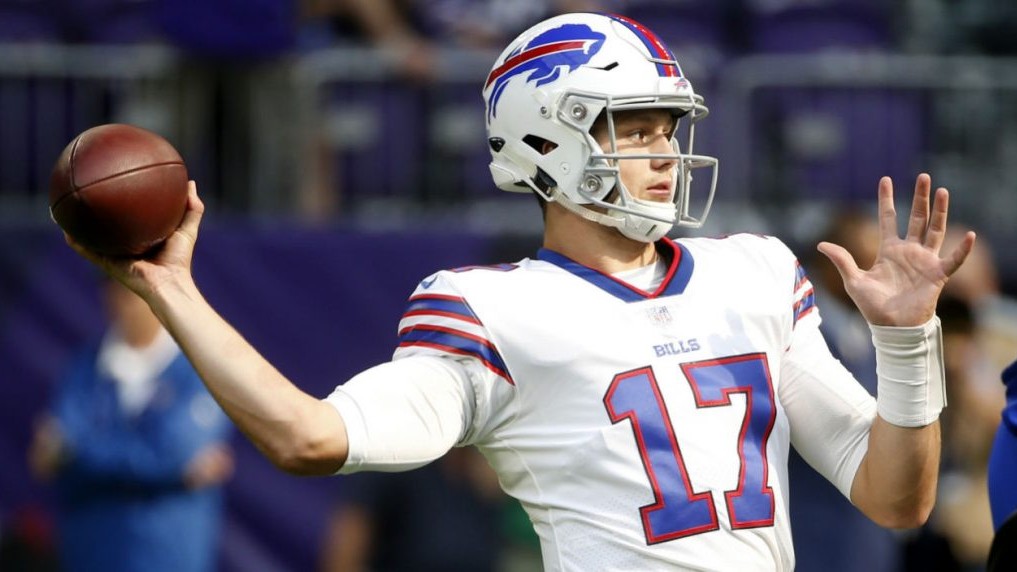 Week 14 is right around the corner, and although I am thrilled you have come here to read my article, it also means you are in need of streaming candidates. It being so late in the season makes it even harder to find the right fit for your team if you have to stream, but I am going to give you the streaming options that could be available in your leagues.

He’s always on this list, and there’s a good reason. Out of available tight ends you have to work with on waivers, he seems to be the most consistent at least. In his week 13 contest, Uzomah wrangled in five catches for 33 yards. His scoring production is not there as he has only scored twice this year, but with A.J. Green out for the remainder of the season, Uzomah looks to fill a hole. Green had already missed a good chunk of the season, and Uzomah was not too much of a factor in those games. Uzomah does see plenty of route and targets, but he now needs to cash in on what is given to him. Quarterback Andy Dalton is out for the remaining portion of the season, so Jeff Driskel has taken over the starting role. Driskel has been fond of throwing to Uzomah, and at the Chargers this week, he will be slinging the ball a lot.

So it happened again. Greg Olsen left Sunday’s contest with a ruptured plantar fascia which takes him out for the rest of the season. In steps his replacement, Ian Thomas. Thomas came in and delivered five catches for 46 yards on Sunday. When Olsen was previously out due to injury, Thomas stepped in and didn’t really have the productivity we were hoping for. Now that Olsen is out again, Thomas looks to make a name for himself. Panthers quarterback Cam Newton relies heavily on his tight end, so this gives streamers hope that Thomas will be a productive part of the Carolina offense.

Harris is under the streamer consideration if you are in a deep league, in need of a tight end that has the potential for big plays and big numbers. In week 13, Harris managed to bring in three of the six passes thrown to him by quarterback Patrick Mahomes. Travis Kelce is there as the primary tight end who had a monster game on Sunday, but Harris also had an exceptional contest. He even ended up scoring in Sunday’s matchup. On the season, Harris has three receiving touchdowns, but that number could grow as he gains the trust of Mahomes. This week, Harris takes on a Baltimore defense that has given up 753 receiving yards to tight ends this season to go along with 63 receptions. Look for Harris to continue being a good blocker, but also to catch those passes that come his way.

Allen should be your number one priority at quarterback this week (and maybe further) if you are in need of a streamer. He will give you those coveted rushing numbers you love to see from a quarterback. In week 13, Allen gained 135 yards rushing in the loss to Miami. He is constantly putting up stats with his feet, think Cam Newton or Tyrod Taylor for fantasy purposes. If you want a quarterback with a solid floor, this is the quarterback for you. In his last two performances, he has put up QB1 numbers. This week, Allen and company take on the New York Jets, so Allen should have another impressive outing. Stream him with confidence.

As of late, Prescott has been a viable streaming candidate. He has put up double-digit fantasy points in all but two of the games he’s played this season. Prescott has been finding his groove since the Cowboys signed Amari Cooper, and he looks to continue this in his week 14 contest at home versus a Philadelphia Eagles team with a less than stellar secondary. Prescott seems to have his confidence back. Look for him to continue to pepper targets to Cooper along with Ezekiel Elliott who has come up big in the passing game. Prescott isn’t committing any turnovers through the air, but he has been having a fumbling issue lately. He has the habit of holding onto the ball too long and sometimes making poor decisions which have cost him some fantasy points. Hopefully, he has this all under control when he takes on the Eagles, and he will put up more QB1 numbers for your fantasy team.

Here’s another deep dive or guy to play if you’re in a 2QB league. This week, Keenum and the Broncos are up against a 49ers defense that gives up air yards. They are a bottom ten pass defense, and even though Keenum hasn’t been throwing the ball much recently, he could find the stars aligning for him this week. The Broncos have been relying heavily on their run game, but this matchup could have Keenum throwing the ball more. The 49ers are giving up an incredible 20 points a game to opposing quarterbacks.  Every quarterback except two that have faced them have been able to put up two or more touchdowns. Keenum has a pretty reasonable floor, so he is worth taking a chance on if you’re in a bind.

Yes, the ownership percentages are a bit high for the Denver Broncos, but this is because their upcoming schedule is a tasty one. They are still available in a good number of leagues, so if you are in need of a defense this week (and for the future), check to see if they’re available. If they are, go and get them NOW. Last week, they were at Cincinnati and gained 13 fantasy points. This week they’re taking on the San Francisco 49ers and their quarterback Nick Mullens. Mullens has looked decent this season, but he’s also been sacked seven times in the last three games. He also managed to give the ball away seven times as well. The Broncos have been looking like the Ghost of Broncos Past when it comes to defense. The defense should be able to get you those much-needed fantasy points this week.

The Buffalo Bills are another one of my favorite streaming options for the week. This week, the Bills are up against the New York Jets who are considered one of the worst offensive teams out there. Sam Darnold has been out for the last four weeks, but this is probably the week he returns to the lineup. Darnold has only thrown two touchdowns this season, but he’s also managed to toss seven interceptions. The Bills will look to feast on Darnold this week. The Jets don’t really have a flashy receiving game, and their running game is less than ideal. In week 13, the Bills took on the Miami Dolphins and were able to put lots of pressure on quarterback Ryan Tannehill. They’ll be up in Darnold’s face this week.

The Dallas Cowboys are surprisingly a legit defense this season. They were dropped by a lot of folks before week 13 because the Cowboys were facing Drew Brees and the rest of the New Orleans Saints. For those who held on to the Dallas D, they were rewarded with ten fantasy points versus Brees and company. The Cowboys have yet to have a zero-point or negative-point fantasy game this year, and they should be a solid play against Carson Wentz. Wentz has been sacked numerous times this season. He doesn’t tend to turn over the ball, but he does feel pressure quite often. The Dallas Cowboys are looking to get to the rival quarterback and secure fantasy points for your team.

Streaming this late in the season may not be ideal, but sometimes you have to. Whether you’re dealing with injuries or just having to replace a less than awesome player, these are some of the options available for streaming purposes this week. Playoffs are upon us, and I know we all want to start the best players we can. Don’t get cute with it and put in a streamer when you have a stud on your roster already. But if you’re down on your luck, these are definitely the players for you.

Remember, you can follow me @thekaceykasem on Twitter. Feel free to ask me fantasy football questions or just chat it up about dogs, hip-hop music, or anything else that strikes your fancy.