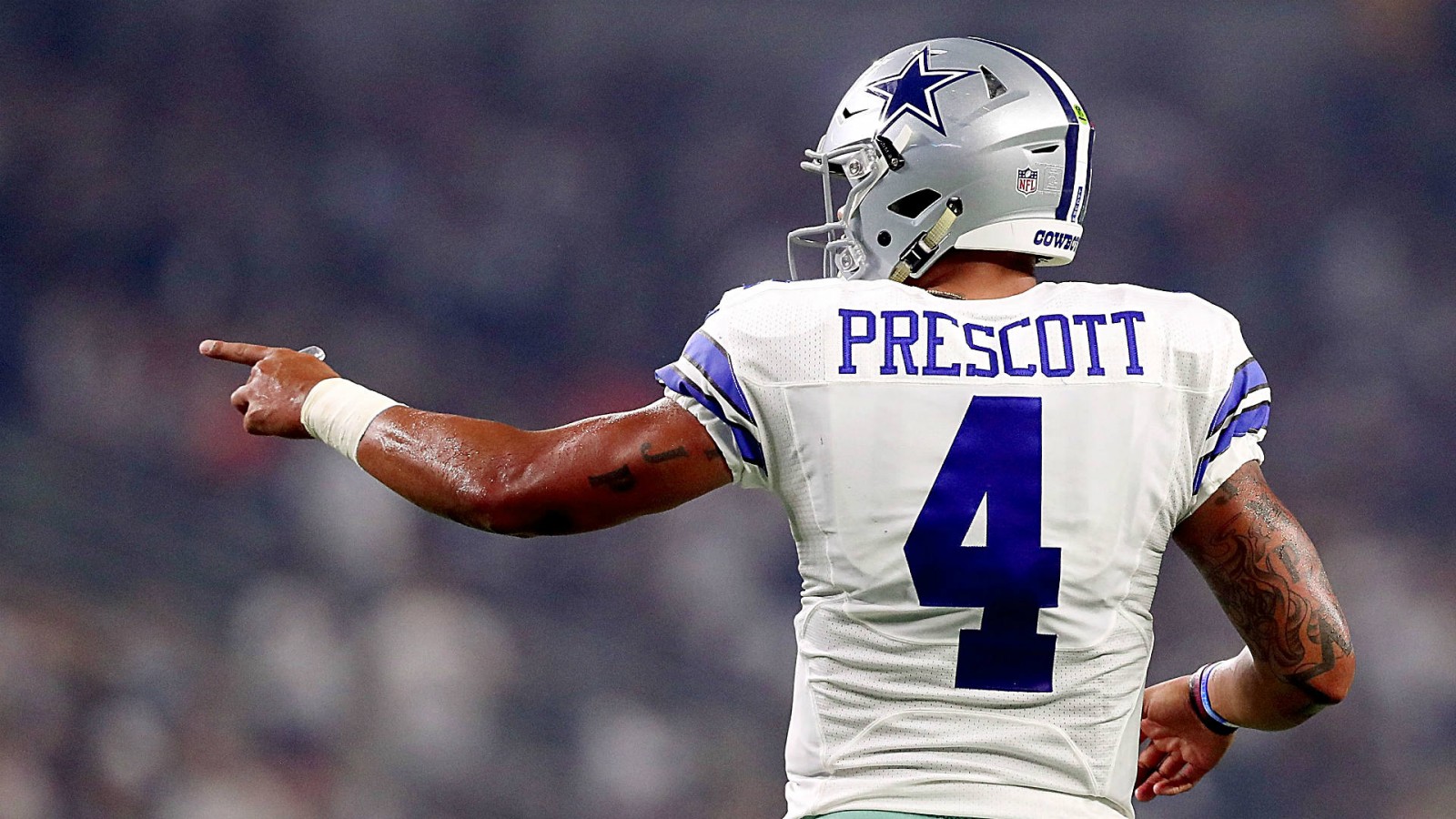 More teams on bye means more streaming. Never fear, I am here to help guide you through this week nine of fill in tight ends, quarterbacks, and defenses. This week, I am combining all into one article prior to Wednesday morning waivers. Remember that the Arizona Cardinals, Philadelphia Eagles, Indianapolis Colts, Jacksonville Jaguars, Cincinnati Bengals, and New York Giants all have a bye this week, so you’ve got a lot of shoes to fill.

This week’s matchup for Herndon looks juicy against the Dolphins in Miami. The Miami defense has not looked good, and Herndon has been able to score in each of the last three games. He is a touchdown-dependent option because he is just not getting the targets, but the Dolphins have allowed the 13th most points to tight ends this season. Last week, the Dolphins gave up two touchdowns to Jordan Thomas (who?). Feel pretty nice about starting Herndon this week if you’re in a jam.

This veteran presence played his first game in week eight, and he managed to pull off two receptions for 54 yards and scored a touchdown. He’s never played with quarterback Russell Wilson before, but Wilson seemed to be fond of Dickson. Currently, Wilson is throwing plenty of touchdowns. The Seahawks take on the Chargers this week, a team who’s less than stellar pass defense has enabled tight ends to score in three of four games. With Will Dissly injured and Nick Vannett not flashing, Dickson makes a strong case as a streamer at tight end this week.

Baltimore uses a large number of tight ends on a weekly basis, but Andrews led the Ravens in receiving last week when up against the Carolina Panthers. This week, he faces a Steelers secondary that has given up the ninth most fantasy points to tight ends per week as well as allowing plenty of yards to those pass catchers. Andrews has only seen double digits in PPR settings in one game this season, but he has consistently scored points which is better than a lot of tight ends out there. Andrews does a great job when it comes to holding onto the ball and catching passes, so look for quarterback Joe Flacco to look his way this week.

Other tight ends to consider if none of these players are available: Hayden Hurst, Vance McDonald, or Benjamin Watson. Also, just as an FYI, check to see if Jack Doyle is available for week ten (he has a bye this week).

Prescott isn’t really the guy you think of when you think of streaming quarterbacks. He has had two 20+ point games over the last two weeks he has played (Dallas had a bye in eight). Now Prescott gets to take on a Titans team that has lost three straight games in a row. The Cowboys quarterback has done much better at home than he has in road games, and luckily for those of you who want to stream him this week, he has another home game. Prescott has yet to throw an interception at home, and he has tossed for more touchdowns at home than he has on the road. Amari Cooper is now a part of the Cowboys team, and Prescott will hopefully air it out to him. Prescott should be able to benefit from the bye week rest as well as having that extra time due to Dallas playing on Monday Night Football.

Guess who’s back, back again? Fitzmagic’s back, tell a friend (or don’t since you’ll want to grab him off of the waivers this week). More than likely, Fitzpatrick was dropped in your league when Jameis Winston took over at quarterback. Fitzpatrick got the starting job back in the fourth quarter of last week's contest (Winston threw four interceptions). He’s taking over for the time being, but we never know when Fitz will be benched again. Although the matchup with the Panthers isn’t ideal, Fitzpatrick has been excellent against each team he’s played against minus the Bears. The Buccaneers defense is so poor that Fitzpatrick should have to air the ball out.

Carr had an amazing week eight, completing 21 passes of 28. He also threw for 244 yards and three touchdowns while playing against the Indianapolis Colts. Carr takes on the 49ers on Thursday Night this week. San Francisco has given up the eighth most fantasy points a game to rival quarterbacks which should be opportune for Carr. This is another quarterback who can benefit from shoddy defensive play. The Raiders defense has not been great this season, so Carr should sling the ball around this week.

If those quarterbacks are not available and you’re in dire need of someone to stream, look to start Joe Flacco, Baker Mayfield, or C.J. Beathard.

Jameis Winston was just benched, and now Ryan Fitzpatrick is taking over the Buccaneers’ offense. Fitz has been a relatively great quarterback this season, but he did get benched due to his turnovers. The Panthers have been able to rack up sacks or turnovers in all of their games this year except for one. With Fitzgerald being a turnover machine, the Panthers will have a wonderful streaming week.

Dallas has been very wishy-washy when it comes to fantasy points this season, but this week they get to take on a shaky Tennessee Titans team that has lost their last three games. Tennessee has continuously allowed large defensive games to opposing teams this season, and that should be the case in week nine. The Cowboys are allowing the third-fewest yards a game, and Tennessee should have a hard time against this quietly good defense. Dallas will probably get sacks in this game as the Titans have allowed the tenth most sacks in the NFL this season. Feel confident streaming the Cowboys this week.

The Cleveland Browns just said goodbye to Todd Haley and Hue Jackson, and they are also lacking in the wide receiver department. Baker Mayfield has been one of the best quarterbacks the Browns have rostered in quite some time, but he’s still a rookie trying to win another game while trying to stop going into overtime. Streaming a defense against a rookie quarterback is usually ideal, so you can feel great about starting the Chiefs defense. Plus, the Chiefs’ offense has been on a roll this year, and this means they’ll probably put a lot of points on the board. If that is the case, like it should be, Mayfield will have to throw the ball more. Throwing the ball more means more room for turnovers, and Mayfield is no stranger to those.

The landscape of streaming tight ends, quarterbacks, and defenses may not be ideal this week, but there are still some viable options that are available on waivers. Trust your streamers this week and hopefully you are in for an amazing week nine.