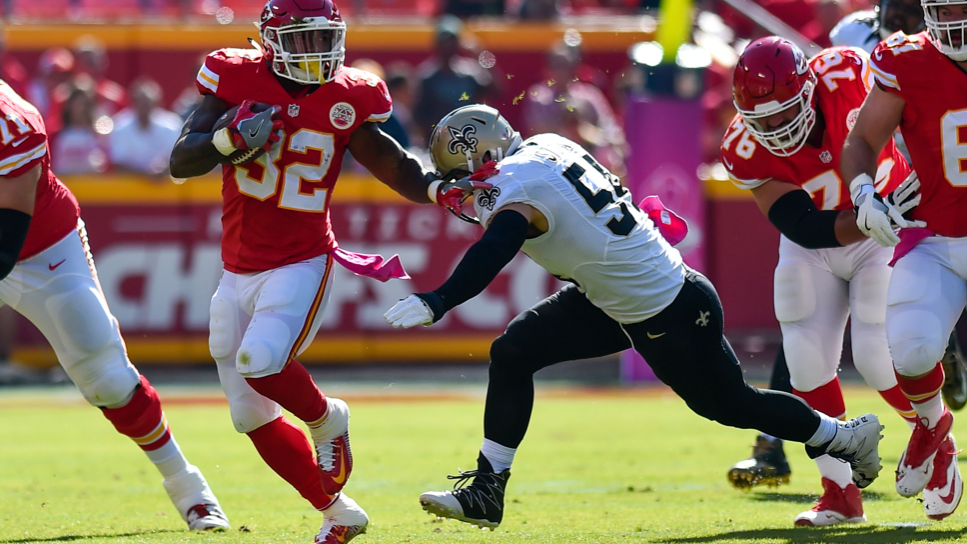 RB Royce Freeman - Got in two full practices Thursday and Friday.  Will Play.

This downgrades Philip Lindsay to an RB3 / flex option rather than an RB2.  Devontae Booker can't be used at all now.  Freeman is flex if desperate play.

Lions' WR Kenny Golladay is in line for massive targets with Tate traded and Jones injured.  Tight end Michael Roberts is also out so Luke Willson and Theo Riddick are likely both in for expanded roles in the passing game.  Riddick is a solid flex option and Luke Willson can serve as a bye week filler at TE.

The Panthers will continue to utilize D.J. Moore for more snaps with Smith out.  Moore has three consecutive games with a high route per drop back percentage and is worthy of WR3 / Flex consideration.

Look for Jared Cook, Brandon Lafell and Seth Roberts to all get more snaps, routes and targets this week.  Jared Cook should be in most line-ups considering how bad TE looks this season for fantasy owners.  LaFell and Roberts are desperation plays only.

Expect to see Corey Davis to continue dominance of targets and get more slot work with Taylor out.  Davis is a rock-solid WR2 this week.

Coming off of the bye last week it was Ricky Seals-Jones picking up extra targets (9) with Williams out.  Seals-Jones is a fine TE play this week and this news also locks Larry Fitzgerald in as a WR3 and makes Christian Kirk a flex option.

In every game the Texans haven't had a viable third WR the secondary option has gotten massive target volume.  If Coutee can't go Demaryius Thomas moves into the WR2 conversation.

One word of advice before we dive in on these - only you know your league.  If you are in a smaller league some of these guys may not be viable for you.  If you are in crazy deep leagues (like most of mine) many of these guys won't be available. He is averaging 10.8 yards per carry with 10.7 of those coming after contact

RB Spencer Ware - Makes a nice bench stash if someone dropped him (or drops him heading into next week's bye).  Andy Reid consistently produces fantasy gold at the RB position and this year is no different.  Ware has shown well in his limited exposure this year and if Kareem Hunt were to go down you instantly have an RB1 to insert into your playoff lineup.

RB Malcolm Brown - Similar to the logic as above, but a slight downgrade from Ware because we haven't seen Brown really show us what he can do yet.  However, this is a great offense and Brown would get the first shot to earn the job.  He would instantly be an RB2 or Flex option with upside to be worth more.

RB Rod Smith - Smith is another hand-cuff option if you are headed to the play-offs and are piecing together your RB2 position paired with strong WRs.  If Ezekiel Elliott goes down Smith is the clear handcuff to own.  I would prioritize him below Ware and slightly behind Brown due to the Cowboys offense providing less red zone opportunities and explosiveness.

RB Rex Burkhead - Burkhead is eligible to return to play week 13.  This doesn't make him an instant starter for your fantasy squad, but Sony Michel has been very banged up and if he falters Burkhead would step into a bigger role that could win a fantasy championship for you.

RB D'Onta Foreman - Foreman has been listed here before, but things have come along slowly for him.  It does sound like he is near return though and could be a nice stash if you are in a deeper bench league.  Lamar Miller has been very average, so Foreman could challenge for good playing time when healthy.

Well that is it for week eleven.  Good luck to everyone this weekend, unless you by some random chance are playing me.  In that case, you don't stand a Fighting Chance!