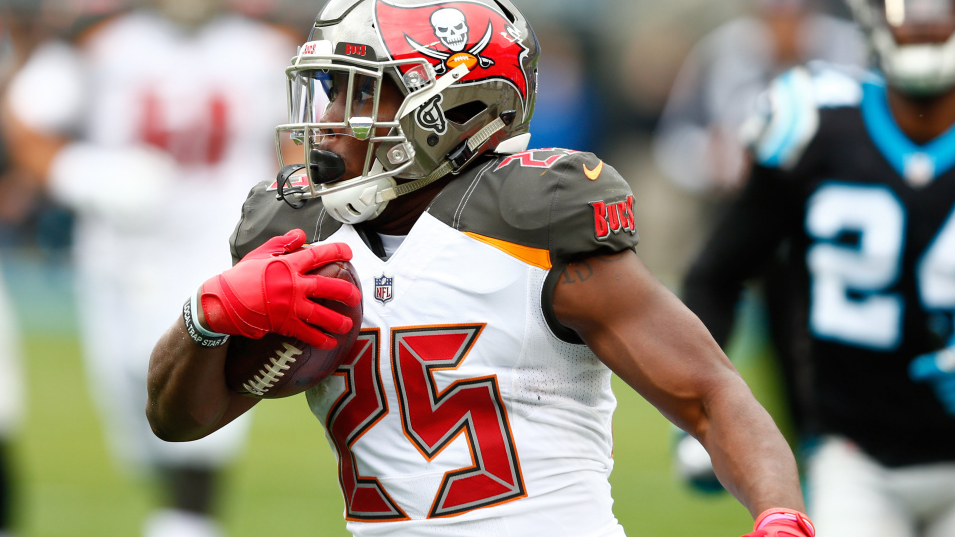 QB Marcus Mariota - Limited Thursday due to neck injury, but was able to go full on Friday.  Considered questionable, must monitor Saturday participation.

The Titans' two weeks of improved play out of the bye week seems like a distant memory after the week 11 disaster.  RB Dion Lewis, WR Corey Davis and even TE Jonnu Smith were gaining some momentum before last week, but if Mariota can't go all expectations must be downgraded.  Blaine Gabbert carries a 59% completion rate and an aDOT (average depth of target) of 6.4 yards.  That is a 9% and 2 yard drop off from Mariota.  Consider Lewis and Davis as flex plays only and Jonnu Smith as unstartable if Mariota misses the game.

Lamar Jackson only attempted 24 passes in week 11, a far cry from the 42 attempts per week averaged by Flacco.  That makes all Raven's skill position players even riskier than usual (all positions are by committee).  Michael Crabtree and John Brown are desperation plays only.  Willie Snead dominated target share (60%) last week, but a sample size of one game with Jackson doesn't make me to comfortable utilizing him.

Gus Edwards led the running backs (17 carries) with Jackson at the helm, but that seems shaky as well now knowing that Alex Collins was nursing a foot injury that could be feeling better.  Consider both backs risky options you should avoid if possible.

Lamar Jackson attempted 27 rushing attempts for 117 yards last week and the team could deploy a similar approach at home versus Oakland (favored by 10.5).  He can serve as a strong fill in option for Patrick Mahomes and Jared Goff owners who may be scrambling.

RB Melvin Gordon III - Downgraded to limited sessions Thursday and Friday due to knee and hamstring.  Questionable for Sunday.

Downgrades are almost never good, but at least Gordon was able to get in a limited session again Friday.  If he can't go this is a huge blow to fantasy owners - Vegas has the Chargers as 12.5 point favorites at home versus the Cardinals this weekend, a scenario ripe with fantasy potential.  Even if Gordon plays hurt he should be a lock for RB2 numbers as long as he get's through the game healthy.  The team likely will protect him though if the Bolts get a huge lead which caps upside.  If Gordon can't go, Austin Ekeler slots in as an RB2 with upside and is borderline must start depending on your strength at the position.

Last week the Raiders deployed a true running back by committee with Martin, Jalen Richard, and DeAndre Washington all receiving ~30% of the carries.  Richard played the most overall with 47% of the snaps with the team trailing and was targeted 14%.  If Martin can't go Richard becomes flex worthy and Washington is a desperation play.  If Martin does go, he and Richard are both low end flex options.

WR A.J. Green - DNP all week due to toe.  Questionable.

I consider Green more on the doubtful side.  If he can't go, Tyler Boyd and John Ross will continue to see more forced targets.  Consider Boyd a WR2 either way and Ross as a flex option if Green can't go.

The Seahawks passing game is highly volatile due to low attempts.  If Baldwin can't go it provides a slight bump to the value of David Moore and Tyler Lockett who could see more work, but still makes them worth no more than flex options.

WR Devin Funchess - DNP all week with back injury.  Listed as doubtful.

If Funchess can't go WR D.J. Moore should be considered a WR3 with lots of upside this weekend.  For you DFS players, he is only $5800 on FanDuel and should be part of your lineup constructions.

The Niners and Bucs tilt has the highest Vegas over/under of the week at 54.  With Garcon out, WR Marquise Goodwin moves firmly into the flex with upside conversation and Kendrick Bourne can be used in desperation situations.

I only mention Anderson here because Josh McCown will be starting again with Sam Darnold still healing.  McCown and Anderson had great chemistry last year and Anderson could be used in desperation if he suits up.  Jermaine Kearse and Quincy Enunwa will see more targets if he doesn't and can be used as low end WR3 or flex options.

If one or either of Amendola or Parker can't go this provides a big boost to WR Kenny Stills, who already returned to a full compliment of snaps before the bye in week ten.  If both are out Stills will get the volume of a WR2 most likely with Tannehill returning to the lineup.  If one is out he is a decent flex play.

If Gronkowski can go, he will be as well rested as any time this season.  If for some reason he gets scratched, expect a boost in targets for Julian Edelman and Josh Gordon.

RB Marlon Mack - Gets bumped into the RB1 conversation this week for a few reasons.

Mack should only be ranked below the clear elites at the position for week 11.

RB Sony Michel - Should be considered a strong RB2 candidate this week.

WR Marcell Ateman - With Brandon LaFell out for the season and the shaky health of Martavis Bryant the seventh round pick is likely about to get some run for the Raiders.  In week 11 he played 96% of the snaps and was targeted 19% of the time by Derek Carr.  The Oklahoma State product had a decent preseason and brings a large frame (6'5" 216 lbs) into the Raiders passing equation.  Here is what NFL.com analyst Lance Zierlein had to say about Ateman before the draft:

Long target with good size and functional speed. Ateman played in a vertical offense that took advantage of subpar secondaries in his conference and should fit into a West Coast offense as a pro. His frame and ball skills give him instant credibility as a jump ball threat in the red-zone while he continues to hone his skill set. Ateman should be an early backup with a chance to climb the ladder on the depth chart.

RB Ronald Jones II - Set to return to the lineup this weekend.  Jones has competition with Peyton Barber and Jacquizz Rodgers, but with the season on the brink the staff could decide to get a better look at their 2nd round pick some point soon.  Jones makes for a nice stash if you have room on your bench for some upside.

Tough week with Rams and Chiefs occupying the byes.

Well that is it for week twelve.  Good luck to everyone this weekend, unless you by some random chance are playing me.  In that case, you don't stand a Fighting Chance!