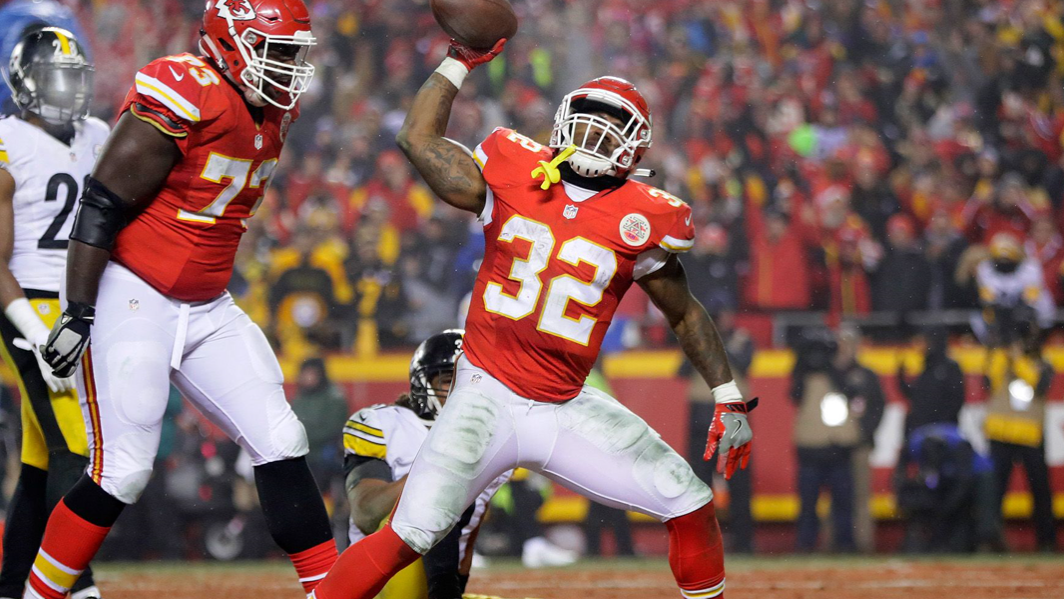 RB Kareem Hunt - Out (Released).  With the video of his February altercation with a woman released by TMZ on Friday the Chiefs decided to part ways with Hunt.

I urged readers to make Ware a priority pickup a few weeks back due to his strong performance history, clear hand-cuff status and the nature of the Chiefs offense.  This terrible news around Hunt makes Spencer Ware an RB1 candidate this week and an RB2 with upside the rest of the way.  Ware is a premium option on FanDuel at $5200 in a matchup where the Chiefs are favored by 14.

With Gordon out Austin Ekeler moves into the RB2 with upside category.  Justin Jackson is a low end flex option if in need.  Ekeler is an excellent option on FanDuel at $5400.

The Lions are 10 point dogs at home this weekend, which makes Theo Riddick the better play than fellow back LeGarette Blount.  Riddick is a decent flex option this weekend and Blount is a desperation flex.

The Watkins injury is starting to become more worrisome given his injury history and inability to get back on the field due to setbacks.  This makes Chris Conley a boom/bust flex option this weekend versus the Raiders in a game Vegas is expecting 34.5 points from Kansas City.   At $4500 he is a fine salary relief option for GPP play on FanDuel this weekend.  Conley is worth rostering in deeper leagues as a low end WR3/Flex with upside the rest of the way.

This also makes Tyreek Hill even more of a center piece option at $8400 on FanDuel given the increase in targets he sees in games without Watkins (12 vs 7).

With these two out the passing game will continue to funnel through TE George Kittle, RB Matt Breida and WR Dante Pettis.  Kittle has 29% and 41% of targets the last two games.  Pettis emerged from injury a few weeks back and had 7 targets last week (24%).  This news makes him a viable WR3/Flex play given his ability to beat man and zone coverage consistently due to his superior route running skills.

This news bumps Chris Godwin and Adam Humphries into the WR3/Flex conversation.  The Bucs already lost O.J. Howard for the season last week, so there are a lot of targets now being spread around over less options.  Godwin is only $5400 and Humphries is $6000 on FanDuel this weekend.  I prefer Godwin due to more big play and TD upside in the half-point PPR setup.

Consider Amendola as very unlikely to play.  The Dolphins are very thin at receiver at this point, but the only player that appears to benefit is RB Kenyan Drake who saw 26% of the targets last week.  Splitting snaps and trailing Frank Gore in touches keeps Drake in the volatile category as only a flex play.

There are many players returning to the fold this weekend:

RB Chris Thompson - He is a solid Flex play option with upside anytime he takes the field.  He will serve as one of the main pass targets in this offense as long as healthy.

RB Kenneth Dixon - Gus Edwards has seized his moment so Dixon's value is hard to project at this point, but he is a talented player who could have value if Edwards falters.  It bodes well for him that the team decided to move Alex Collins to IR with his return.

RB Darren Sproles - This is a consideration for deeper leagues only.  Sproles' value is unknown right now as he hasn't been able to stay healthy and the Eagles are a rotation machine at RB.

WR Jamison Crowder - Trey Quinn has filled in nicely over the last two games, but Crowder was able to get in practice work this week.  He could become a viable target for Colt McCoy down the stretch if you are hurting at WR.

Well that is it for week thirteen.  Good luck to everyone this weekend, unless you by some random chance are playing me.  In that case, you don't stand a Fighting Chance!