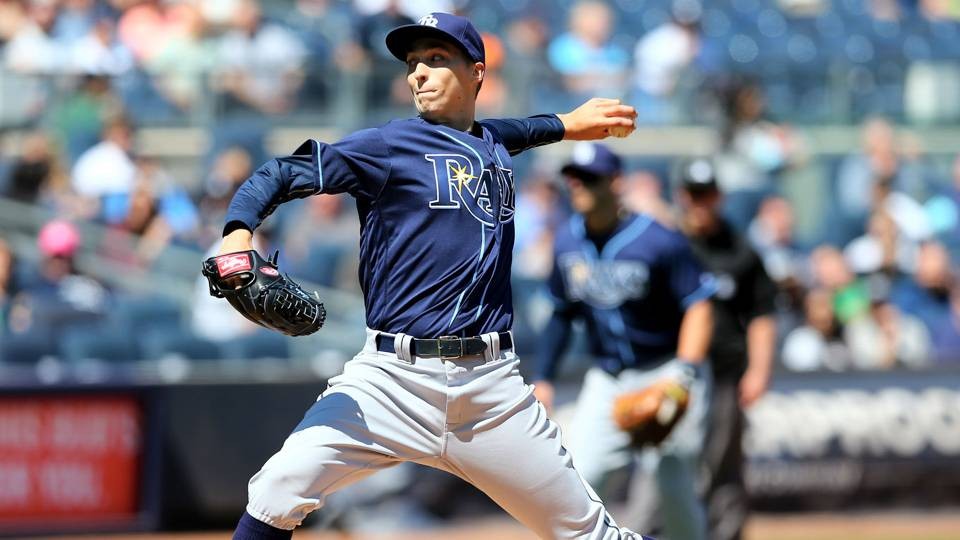 We've got a laundry list of two-start pitchers coming up this week for April 29th through May 5th, and here at Fighting Chance, we're going to sort through them so you don't have to! I've separated them into many different tiers. I'm sure you don't need me to tell you to start Jacob deGrom or Max Scherzer, but I did add some tidbits on those down the line if you're looking to differentiate between the options to add to your roster for the coming week. As always, please follow me on Twitter @ktompkinsii for any questions pertaining to lineups, roster decisions, or anything in between! Please also remember that all pitching matchups are tentative and can be moved at any point by their corresponding team. So without further adieu...

Blake Snell had a dicey start at home against Kansas City in his return to the mound following an IL stint for a broken toe. He labored through 3 1/3 IP and 65 pitches for Kevin Cash pulled the plug. With another start against the Royals at Kauffman Stadium and his weekend start in Baltimore, Snell should shake off those cobwebs to be back to his dynamic self... Are we going to see the Zack Wheeler of this past Tuesday when he spun 7 innings and 11 strikeouts? Let's hope so, because the Reds start should be a profitable one and if he brings that form to Miller Park, he should net a solid return in this two start period.

Oof... what a weak, weak two start pitcher period... Chris Paddack though is a damn rockstar. He carries a 30:6 K:BB ratio and a 1.67 ERA into this next two start period. Granted he has a couple a solid matchups opposing him, but If you had the wherewithal to scoop him up late in drafts, you're definitely rolling with him... Eduardo Rodriguez was dropped by quite a few impatient owners after two rocky starts to begin the 2019 campaign, but if you held out hope, you saw that Rodriguez has righted the ship in his last three starts and now gets two fantastic matchups for the suddenly surging Red Sox, who have won 5 of their last 6. Roll him out... I love German Marquez as a pitcher, but his starts are dreadful, but you didn't take him with a high pick to sit him, right? One start at Coors Canaveral and one in Miller Park doesn't exactly bode well, but if you roll the dice, I don't blame you.

With a decision in each of his 5 starts and winning 4 of those, Frankie Montas has been a stabilizing force in the Oakland rotation. The Boston matchup scares me a little, but the matchup in Pittsburgh should pay big dividends... The Atlanta rotation will be mixing and matching and slightly frustrate fantasy owners, so while the matchups for Mike Soroka and Julio Teheren are very good, I trust Soroka more than Teheran...

START AT YOUR OWN RISK