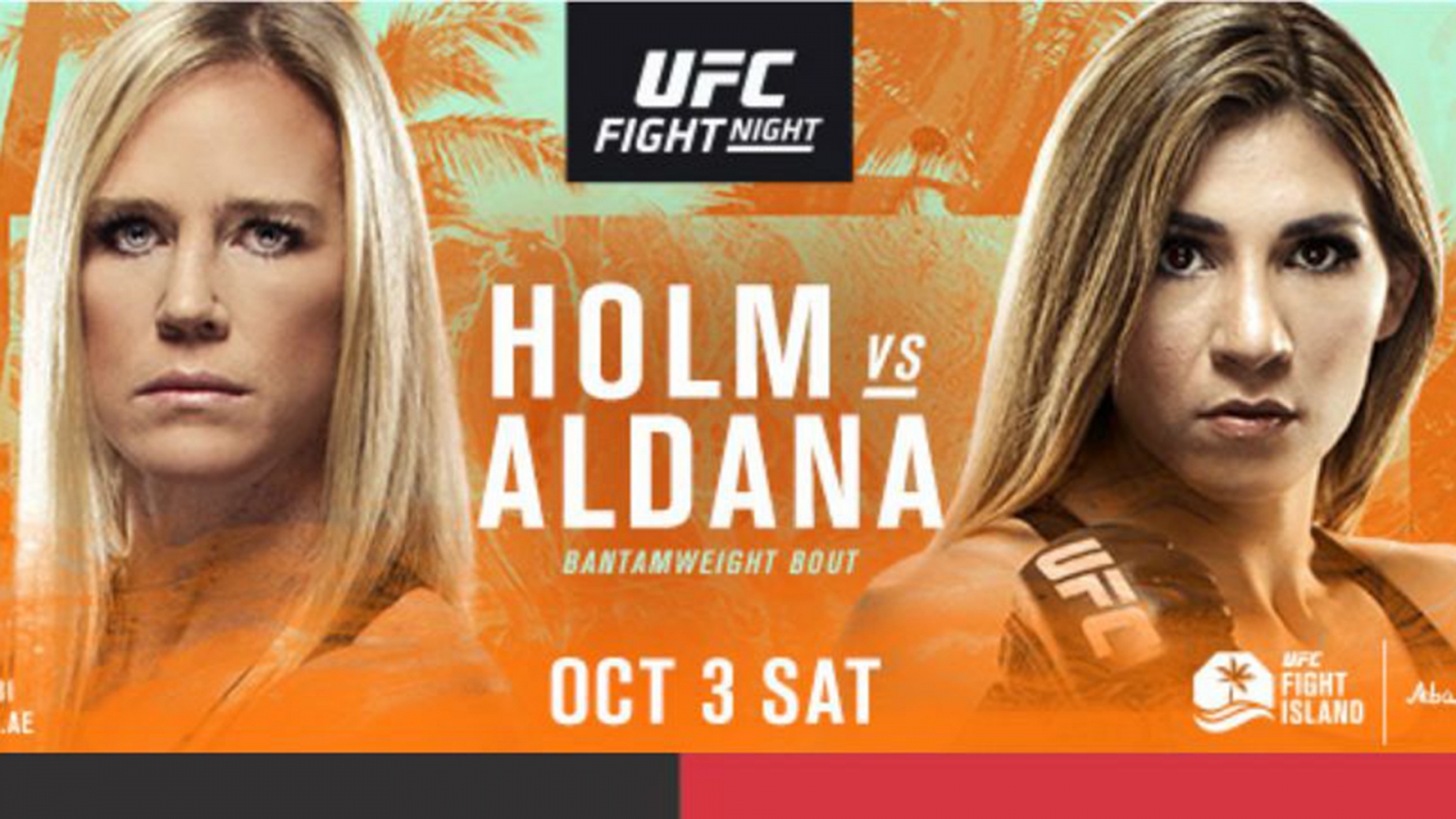 Two strikers headline this card coming in at 13-5-0 and 12-5-0 respectively. Holm is favored at –120 to Aldana’s +100 underdog, but I like Aldana a lot more in this one. She’s six years younger than Holm and has won 4 of her last 5 fights, most recently via 1st Round KO. Holm has been playing hot potato with wins and losses through her last six fights, but is coming off a victory in January via unanimous decision. The biggest difference here though is that Aldana lands 3.41 significant strikes more per minute on average than Holm. She is also 3.77% more accurate than Holm. If this goes the distance, which Aldana is no stranger to doing, the striking points on DFS should go in her favor. Save a buck.

Both fighters enter this one coming off a loss, but also both having won their previous 4. De Castro is favored at –220 though to Filipe’s +200 underdog. Both fighters land under 3 significant strikes on average per minute, De Castro being 5.6% more accurate than Filipe. Filipe landed 44 significant strikes in his last match, getting 38.4 points on FanDuel. Nothing really jumps off the page for fantasy purposes in this one, unless one of those infrequent significant strikes happens to hit a sweet spot for an early round KO.

This is Pena’s first match in over a year, and her second in 32 months. She is 1-1 in that time, her most recent being a victory via unanimous decision. She only landed 43 significant strikes in that one, but did also score 2 takedowns. De Randamie most recently lost in December to Amanda Nunes in a title opportunity via unanimous decision. She landed 40 significant strikes in that loss, but in her match before that, KOed her opponent in 16 seconds. De Randamie is the more appealing fighter in this one, but better value could be found in other fighters at the same price point.

Phillips comes into this one heavily favored at –450 to Else’s +360. His last match in February (his UFC debut), ended in a victory, via unanimous decision, where he landed 89 significant strikes with 2 takedowns. Else is making his UFC debut having won his last 5 fights all in the 1st round, four out of those five not lasting longer than 90 seconds, three via KO and one submission. Phillips odds may make him a chalky play, but his price point may also dilute some of that chalk. Else is a little intriguing as a (very) high risk high reward play, being such a big underdog. But that’s how you take down GPPs, right?

This is your big ticket play. Todorovic is undefeated at 9-0-0 and comes in as a -340 favorite. He’s the shorter fighter by 2” and has a 5” reach disadvantage against Townsend, but makes up for it with his 6.80 significant strikes landed per minute on average with a 71.83% accuracy – 5.65 and 35.95% better than Townsend. Townsend has lost his last three, the most recent two via unanimous decision, and then a KO within the first minute of the 3rd Round. The 34 yr old is 21-11-0.

This one is pretty evenly matched up on paper. McGee is the favorite at –130 to Condit’s +110, and the tale of the tape demonstrates the evenness. McGee is 3” shorter with a half inch reach disadvantage. He lands 1.30 more average significant strikes per minute, but Condit has the better accuracy by 3.49%, coupled with a 33.82% better takedown accuracy over McGee. I don’t typically stack fighters in my lineups, and I still wouldn‘t here, but either fighter should be a good play to return value at their price.

Culibao is coming off a loss at his UFC debut in February via KO three minutes into the 2nd Round. Jourdain is the heavy favorite at –450, although also coming off a loss via split decision just this past June. He is an inch shorter than Culibao with a 4” reach disadvantage, but makes up for it by landing on average 3.08 more significant strikes per minute. I like this for Jourdain to either be a KO fairly early on, or if it goes the distance, it ending in his favor unanimously, with a good amound of strikes landed. My concern is the price, and if there would be enough value for lesser priced fighters to be able to budget accordingly.

Imavov is making his UFC debut after going 4-0-0 in 2019 – 1 unanimous decision, 1 KO, and 2 submissions (those three all in the 1st Round). He is a +115 underdog facing Williams favored at –135. Williams is also making his UFC debut after a 1st Round KO victory at Dana White’s Contender Series on September 15. Williams averages landing 8.05 significant strikes per minute with a 55.96% accuracy coupled with a 1.45 takedown average. I would budget the extra couple bucks to be able to roster Williams, but Imavov may be one of those valued pay down if you just can’t help but roster maybe Jourdain in your lineup as well.

Frey is coming off a loss on June 27 via 3rd Round submission, but her previous four matches all went the distance, going 3-1 in those decisions. Suphisara has also gone the distance in her last three fights, going 2-1 in those decisions, but with the better 5.07 significant strikes landed on aver per minute (2.98 more than Frey), if both fighters continue the pattern of going the distance, I’ll take the 75 average number of strikes for Suphisara and save a dollar.

Kenny has a recent win on May 30 that came via submission in the 1st Round, and has gone 4-1-0 in his last five fights. Three of those five went the distance, and the other two he finished in the first round via submission and KO. Alateng has not fought since December 2019, but has won his last four. His most recent two wins went the distance. Kenny is a 2” taller fighter with a 2” reach advantage, and lands more strikes on average with better accuracy, but Heili has the better takedown average by 2.15. I’ll pay up for Kenney on this one, and could also be an intriguing MVP play.

This is Vendramini’s first fight since September 22, 2018 that resulted in a 2nd Round KO loss, but had a 1st KO victory only 15 days before that on Sept 7. Ayari also has not fought since October 28, 2018, and only his third since September 3, 2016, which was also when he had his last win. This is just a risky toss up in my opinion. I would avoid it, but if you absolutely feel the need to pick one, then flip a coin, budget accordingly, and hope for the best.

Hope you enjoyed the article and best of luck on your DFS lineups! Please take a moment to retweet the link to this article, and please give me a follow @peteystitz.