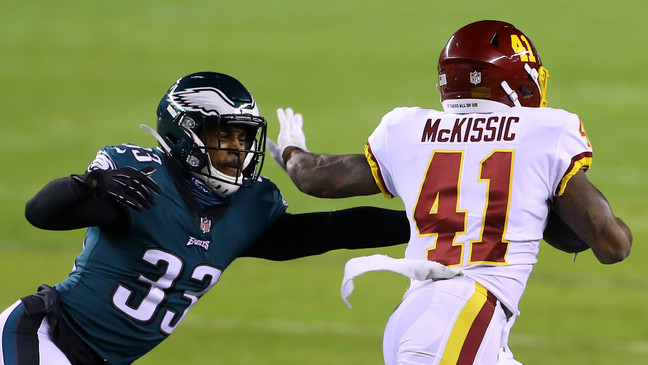 Here we are over a third of the way through the NFL season. By now we know who players are as fantasy contributors (or non-contributors), and it’s time to take a hard look at rosters. If you’re holding onto guys based on name value alone, it may be time to move on and add some guys exceeding expectations. Often, hard moves need to be made to help fantasy teams. If you find yourself in this position and need a boost from the waivers, you can find my top suggestions here. Go get some of these guys that will help you make a push for the playoffs.

The Dolphins and Jaguars was a very fun London game. Tua Tagovailoa returned from injury, but the Dolphins are still very banged up. Still, Tua had a strong showing as he finished with over 300 passing yards and two touchdowns (21 fantasy points). The Dolphins will likely be in close games or playing from behind a lot the rest of this season, which means Tua will have plenty of opportunities to throw and score fantasy points. On top of this, the Dolphins will have some wide receivers returning from injury soon. Tua is a really good streaming option.

J.D. McKissic is yet again proving to be a very effective running back for PPR leagues as he’s averaging nearly 11 points per game this year. Washington is not force-feeding Antonio Gibson as many fans thought they would, and this is leaving the door open for McKissic to steal valuable receiving down work. McKissic is a solid flex and could fill in as an RB2 for injuries and bye weeks.

Rhamondre Stevenson was in the Bill Belichick dog house for a few weeks after an early-season fumble but appears to be back in good standing. He now has 19 touches over the past two weeks and has been productive with his opportunities. It’s not easy to trust a New England running back, but Stevenson appears to be carving out a sizable role and should be added as a depth player for fantasy teams.

Latavius Murray left the game against the Chargers in the 3rd quarter with an ankle injury, and Devonta Freeman stepped up in his absence with nine carries for 30 yards and a touchdown. Le’Veon Bell will be involved as well, but Freeman will be the lead back if Murray misses any time and immediately becomes fantasy-relevant.

Christian Kirk had a few relatively quiet weeks, but he put together another strong performance this week as he scored 18 PPR points. Kirk now has 10+ PPR points in four out of a possible six weeks and has only scored less than nine once. Kirk has been a solid producer and should be rostered in a lot more leagues than he currently is.

Murray is only the 3rd QB ever with 1,500+ yards and a 75+ completion percentage through five games.

Rashod Bateman was activated from injured reserve and played his first NFL game this Sunday. The Ravens immediately got him involved as Bateman tied for first in targets with six and ran a route on 67% of pass plays, per Dwain McFarland of PFF. It’s promising for Bateman that the Ravens trust him enough to target him this frequently in his first game, and I believe we will see a handful of great performances from Bateman.

Rashod Bateman tied for first on the team with a 24% target share in his season debut. 🔥

Played 89% of long-down-distance snaps, which is a good sign.

Tim Patrick has been rock solid all year long and is still rostered in less than half of ESPN and Yahoo fantasy leagues. He has been getting consistent looks all year long and is a serious red zone threat which is shown by his three receiving touchdowns on the year. He has now scored 12 or more PPR points in all but one week. Jerry Jeudy will be returning soon, but Patrick has proven to be a trusted target for Teddy Bridgewater and will continue to get looks. Patrick is a good flex play for leagues with 10 or more teams.

Ricky Seals-Jones has stepped in as the starter for Washington with Logan Thomas getting injured and put on IR. Thomas will miss at least two more weeks, and Seals-Jones should continue seeing targets as a security blanket for Taylor Heinecke. Seals-Jones has gathered 15 targets over the past two weeks and is an intriguing streaming option until Thomas is healthy.

Ricky Seals-Jones has a true every-down role, is actually a good receiver, free in fantasy land, set up great in a shootout against the Chiefs, and it's like none of you even care pic.twitter.com/H0ld2bIFt4