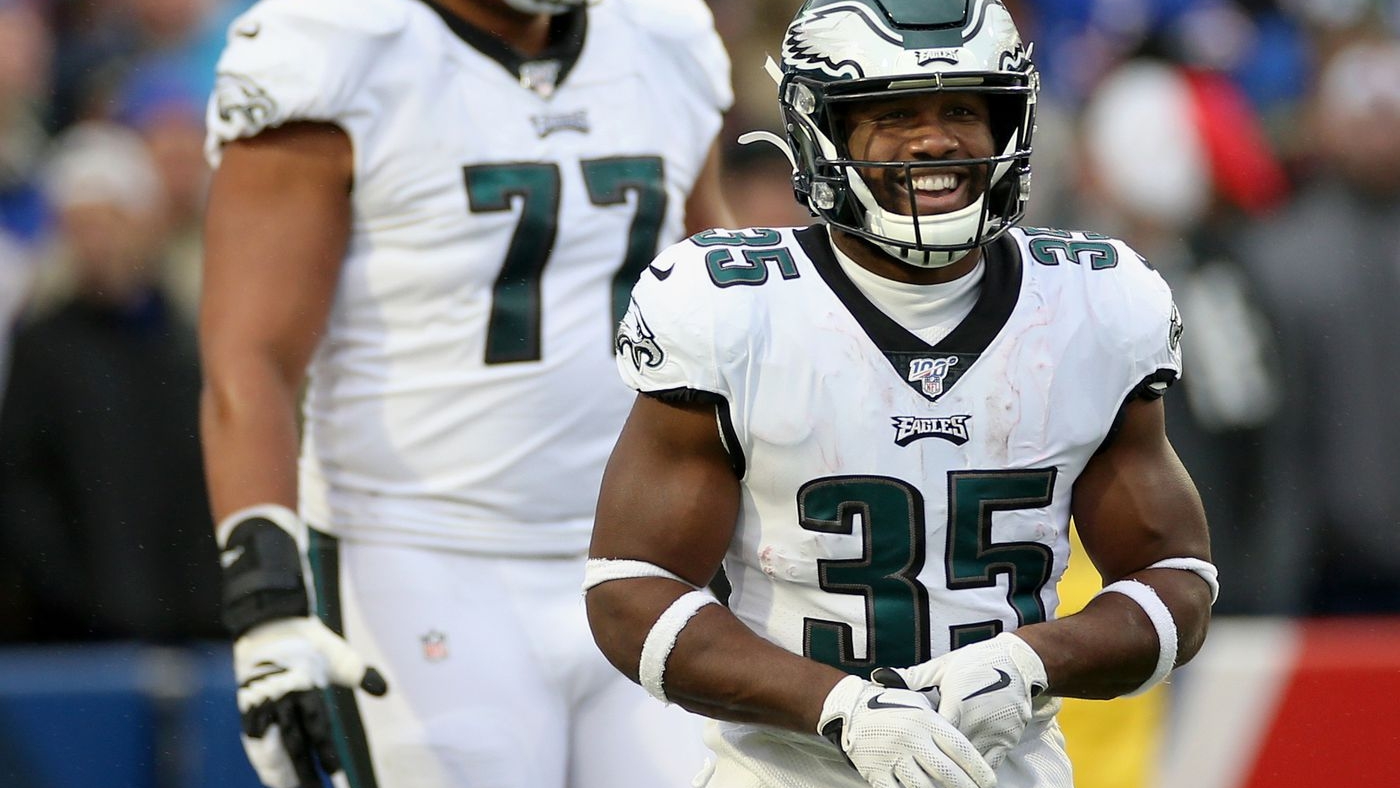 Week one is not ordinarily a week you have to rush to waivers or start a guy you would not usually start. There have been various injuries throughout the league to significant players that are important in fantasy. These pros are noted as doubtful as of Friday evening, but they will presumably sit this weekend.

Players such as Kenny Golladay, Mike Evans, and Deebo Samuel look to be inactive this week (unless a last-minute miracle occurs). You may be racing to figure out what to do. Here are four players worth keeping an eye on this weekend. If you are in a dilemma, any of these athletes could be suitable bandaids. 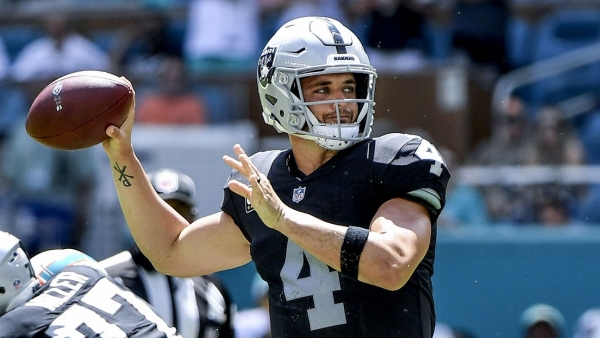 Oh man, I started typing out Oakland. That will be fun to get used to this season. Another something we might have to get used to this season? Derek Carr as a competent fantasy football quarterback. I am not stating he will be a must-play every week; in fact, he is far from it. But he may see himself in decent matchups during the season, and that's when you toss him into your lineup. When you're participating in two-quarterback or super-flex leagues, sometimes your only choice will be a player like Carr.

Remember in 2016, when the Raiders went 12-4 and totaled an average of 26 points per game? Carr had a Pro Bowl season that year, as did wide receiver Amari Cooper. Michael Crabtree was the other noteworthy pass catcher on that roster.

Carr currently has the weaponry around him to be fantasy relevant this weekend. Those weapons include his top running back, Josh Jacobs. Also included are rookies Henry Ruggs III and Bryan Edwards, stand out wide receiver Hunter Renfrow, and 2019 breakout tight end Darren Waller. This roster will be Carr's first that seems like it can compete with the 2016 version.

In Carr's 2019 season, he saw his second consecutive season of over 4,000 passing yards. The primary issue in that offense was they could not do much in the red zone. The Raiders only scored 52.8-percent of the time they were in that situation. The upgraded offensive weaponry should improve the red zone play.

The Vegas QB will spread the ball out and help his receivers do damage in the end zone. Carr has seemed on point with his receivers during training camp, and that will carry over into Week 1.

This week, Carr and company take on the Carolina Panthers. You may have to start Carr this week, and I am letting you know that it will be okay. Is he going to blow you away? No, but he is going to get you fantasy points. The QB of Sin City's organization has one of his best matchups this week at Carolina.

The Panthers' defense is vulnerable, and Carr can exploit them. Although Carr does not launch the long ball, he should have a greater chance of doing that facing Carolina than most of the other teams he meets this year. He does pitch check-downs and short passes to the slot, so watch for that to continue. Even the small passes can get you fantasy points if the offense is cooking. 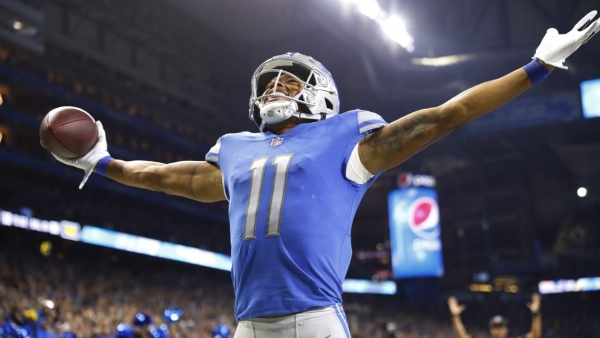 Kenny Golladay is listed as doubtful. There is a solid chance he does not compete in the Lions' game versus the Chicago Bears. That is fabulous news for those who roster Marvin Jones, Jr. and frustrating for those who were planning on starting Golladay. Jones is the ideal sleeper wideout this week who has the potential to be a Week 1 breakout.

Jones has played opposite Chicago eight times in his career. Although he only has two total touchdowns versus them, he averages 61.3 yards and 3.5 catches per contest when playing the Bears. Last season, Jones played the Bears twice. He secured a touchdown while also going for 114 yards on eight catches in those two games.

In Jones' 2017 season, he accomplished 1,101 receiving yards and a league-high 18.0 yards per catch in that same span. Jones' quarterback in 2017 was Matthew Stafford, so the relationship has been there for a while. Golden Tate was included in that offense, so Jones did have competition for targets (that was also Golliday's inaugural year in the league).

QB Stafford is ready for work and back healthy for the 2020 season. He has regularly been on the same page as Jones, so see targets pepper the interim WR1. Golladay's hamstring injury is expected to keep him out of action on Sunday, so that suggests Stafford will send passes Jones' way more often than is typical. Stafford generally takes shots down the field, so Jones will benefit from his QB's arm.

Jones will be an exceptional start this week, especially in that WR2 or Flex spot. The Bears are not exploding with talent at cornerback, and Stafford will take advantage of that. Watch for the 30-year-old Jones to put up big fantasy numbers. 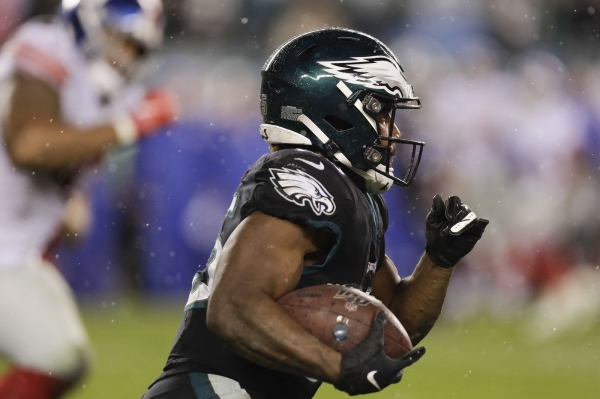 You are sticking Miles Sanders in your lineup this weekend, even with the injury worries. You drafted him that early for a reason. There is another running back on the Eagles that either went in the late rounds of fantasy drafts or on waivers, and that player is Boston Scott.

This week, Sanders is banged up. Head Coach Doug Pederson says that Sanders is day-to-day but is doing well. That does not make a person too trusting of the health of the lead back in Philly. He could be on a snap count to prevent him from reinjuring himself, which would be advantageous to Scott.

The Eagles' team was jam-packed with injuries last season, and Scott made certain to step up with those players' absences. In weeks 14-17 of 2019, Scott went for 355 yards total. He produced 151 rushing yards on 28 rushing attempts and snagged 23 passes (of a possible 25). In Week 17, when games do not matter for fantasy, he marked a career-high 84 receiving yards. Both Sanders and Jordan Howard we a part of the Philadelphia team last season, but Scott happened to get involved.

During the last four games of 2019, the five-foot-six Scott ran for nearly 90 yards a game. He had two top-five fantasy finishes as well. The last part of the season was a strong showing for Scott. We should see this spill over into the 2020 season.

Scott looks to find himself heavily involved in the passing game this weekend. The first week of the season could be the most suitable for you to start Scott. Quarterback Carson Wentz may need to get the ball out quickly when facing the Washington football team, and Scott is the ideal target. Also, Washington allowed 32.1 touches a game to opposing running backs last year, leading the NFL. This situation could carry over into 2020. Scott should be an adequate flex play or worth a shot in DFS. 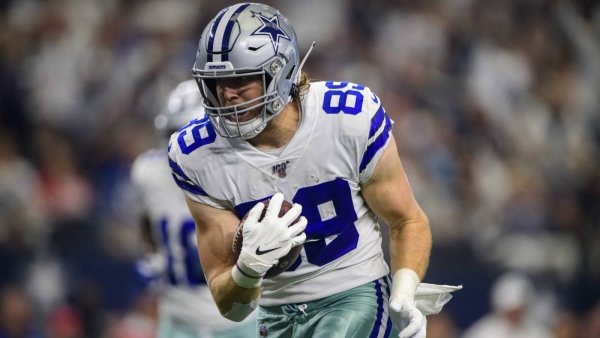 Here is a tight end that has had all sorts of hype in the offseason. The Sunday night matchup between the Cowboys and Los Angeles Rams has Blake Jarwin taking the field, seeing if he can live up to the hype.

This contest should be a close game with loads of passes and scores. Since the game will be a shoot-out, Dallas quarterback Dak Prescott will make sure to get all of his weapons involved on offense. The Rams were not great at defending tight ends last season, so watch for Prescott to exploit this.

There are three effective wide receivers on Dallas' roster; Amari Cooper, Michael Gallup, and rookie CeeDee Lamb. Cooper will more than likely see cornerback Jalen Ramsey who will be a tough matchup. Lamb will have to adapt to performing in the NFL since this is his first pro season.

Jarwin has always been in the shadows of current Las Vegas Raider Jason Witten. Playing second fiddle to Witten, Jarwin was able to learn from one of the best. Still, Witten being there clogged up the tight end position.

Witten is now in Las Vegas, so 83 targets are up for grabs. It would make sense for Jarwin to slide in and garner the quarterback's attention. 2019 also saw the Cowboys target the tight end position 126 times. If this continues in 2020, Jarwin will be a dependable season-long tight end.

The former Oklahoma State Cowboy is seeking to have a third-year breakout. The first game of the season can be the perfect stage for him to show what he can do. Dallas does not give a player $22 million and have them not be beneficial to the team. Jarwin will get his recognition on Sunday.