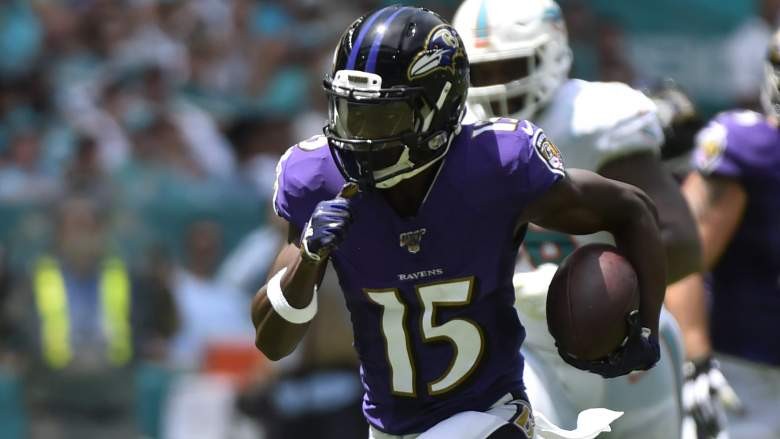 Derek Carr, OAK – Confidence 6-7 as a Streamer or QB2 in Superflex

Halfway through the MNF game Carr is looking good against what was expected to be a strong Broncos defense. Given it is currently Halftime so I’ll have to reserve full judgment to see what kind of adjustments the Broncos make. For now Carr looks like a solid QB2 on your team as a backup or maybe in a Superflex league. He has targeted Darren Waller and Tyrell Williams the most, with what looks like a strong connection.

Jacoby Brissett, IND – Confidence 7 as a Streamer or QB2 in Superflex

I was always a believer that Brissett would be better than people were expecting. I’m not sure if 21/27 for 190-2 counts as feeling vindicated, but it’s close enough against a strong LA Chargers defense. He has the weapons to be a streaming QB1 or a weekly QB2 in Superflex. How can you not like that offensive line with Marlon Mack keeping defenses honest, oh and Hilton, Campbell, Ebron, Doyle as pass catchers? Feel comfortable if you have to go to the well and start him during your bye week or in case of emergency.

Case Keenum, WAS – Confidence 5 as a QB3 in Superflex.

I’m undecided if Keenum deserves to be on here as he had some fluky plays, but had a strong stat line against a supposedly great Eagles defense. Now the Eagles defense is beatable in their secondary, and ultimately those fluky plays (see Vernon Davis touchdown) went away in the second half and the Skins lost their opener. If he is your QB3/4 then you have to be excited about the possibilities that rookie Wide Receivers Terry McClaurin and Kelvin Harman may be able to offer.

Break glass in case of emergency. That is how the Jaguars 2019 season opener will be remembered. And you know what, Gardner Minshew II, looked pretty darn good. Minshew had an 88% completion percentage on his way to 22/25 for 275-2 and 1 INT.  His WR corps is something to be desired, in theory, but in reality Chris Conley, DJ Chark, and slot Dede Westbrook had good chemistry with Foles and Minshew. It must be noted that the Chiefs secondary could just be very susceptible. But for the Foles Superflex owners, I am definitely putting in some small-ish bids on Minshew.

Brown definitely surprised fantasy owners with his usage week one, but also made the Gurley haters feel vindicated. He played much more than anyone would have expected, but really confused everyone by getting two touchdowns from inside the 10. If you have Gurley, then he may have to be your number 1 waiver add. If you don’t have Gurley, then he is definitely someone that needs to be added in every league. And in terms of week 1, Malcolm Brown would like us all to say “Darrel Henderson who?”

Hyde should probably be the number 1 running back add on the week as he doesn’t have anyone standing in his way to being the starting running back. For anyone who believed in Lamar Miller, Carlos Hyde looks like a replica. He ran hard and had good lanes against a strong Saints rush D. He will be my number 1 waiver add if I need a running back, but I can understand Malcolm Brown having a higher upside.

Gio had been viewed as a high end back up on a lesser offense. The hope was that in a new Zac Taylor offense he could get more touches. With Mixon out for potentially a couple games we get to see Bernard’s potential in this offense as the expected starter. He has a higher floor in PPR leagues, and I am still hesitant that this offense will fully support a strong RB given their offensive lines woes. However, as a spot start I am still happy starting Gio as a low end RB2 or high end flex.

Mike Davis, CHI – Confidence 4-5 as a flex. Should be owned in deeper leagues.

Davis is lower on this list as I don’t actually expect him to continue his high snap percentage (56%). Anyone watching saw that David Montgomery was more explosive, but maybe Matt Nagy sees this differently. Personally, that Bears offense kind of scared me away from their RB3 (2?), but he is worth seeing how things play out for another week or so.

Raheem Mostert, SF – Confidence 6 as a backup stash. Should be owned in most leagues.

With the high ankle sprain of Tevin Coleman the next man up behind Matt Breida is Raheem Mostert. In spot starts last year he did well, and he always seems  to run hard so I will be giving him a flyer in any leagues where I might need a boost at RB4/5 or later.

Alexander Mattison, MIN – Confidence 8 as a high end back up. Should be owned in 100% of leagues.

Mattison looked great. His name on this list is the byproduct of how well he ran and how well that Vikings rushing game looked. If he is available on your waive wire and you have a roster spot then I don’t want to be a week too late on Mattison.

Ronald Jones, TB and Adrian Petersen, WAS -  I don’t think either of these guys deserve to be on this list due to their ownership percentage, but in case anyone in your league dropped them pending the roller coaster of news with AP being inactive or the false narrative that Dare Ogunbawale might have had his role expand in Tampa Bay. If they are available then they are up there with Brown and Hyde as top adds.

We all saw the highlights, and all knew what he could do. His game breaking speed makes him a deep touchdown on any given touch. If he’s available, he is the number 1 waiver claim this week. I’d burn a priority, spend a solid amount of FAAB, and cut quite a few guys to get Hollywood on my team. Unfortunately, was this the Dolphins being a dumpster fire, or Marquise Brown taking the NFL by storm in his first game?

What’s not to love about Ross’s speed and touchdown ability? In week one he showed both, but ultimately I’m still not buying it. The only thing I am buying was his targets (12) which led to 7-158-2. But major caution that his touchdowns were weird fluky plays by the defense. However, he did lead the team with his 12 targets so maybe this is a case of another year to develop chemistry with your quarterback.

Miles Boykin, BAL – Confidence 4-5, should be owned in deeper leagues or if you believe in Lamar Jackson.

He is a completely different receiver than his teammate Marquise Brown, but in the event that Lamar Jackson is the real deal, I want a piece of that offense, and he is much cheaper.

Chris Conley, DJ Chark, JAX – Confidence 5 that they will be startable, but will you know which week is the right week?

These two showed amazing chemistry with Nick Foles and continued to show pretty well with Gardner Minshew II. I’m a little hesitant that against a better defense they won’t show up as well, but they are worth the upside if one has a stronger connection with Minshew.

While he did nothing during week one, this pick is solely about the injury to Tyreek Hill and we know that Reid feels the need for speed in his offense. Anyone that can enter as the Chiefs wide receiver two on any given week is worth an add.

AJ Brown, TEN – Confidence 4-5. Should be owned in deep leagues.

Brown looked good this week. I’m not sure what to expect as I don’t have any trust in Mariota. But he is worth an add to see if he can become the Titans WR1. On a side note, damn AJ Brown has some big shoulder.

TJ Hockenson, DET – Confidence 10. He should already be owned.

If Hock is available then he should be a top 3 claim in most leagues. Make sure you check.

Darren Waller, OAK – Confidence 10. Should be owned and started in all leagues.

The 3rd quarter of this game is just winding down and Darren Waller has been the number one target of Derek Carr so far. I have been pounding the Waller drum all offseason and with Antonio Brown gone, I’m hopefully that Waller is an every week tight end starter rest of year. He’s a younger, faster, Jared Cook. Derek Carr loved Jared Cook.

Two touchdowns were called back by penalties unrelated to Brate. Winston has always shown that he loves Brate in the red zone, and OJ Howard did nothing to endear himself to the coaches. This is a pretty deep waiver watch, but he’s a worthy look in deep TE premium leagues just to see what he does. I believe Brate will be a solid TE1 if something happens to the oft injured OJ Howard.