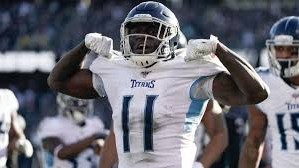 QB - Tannehill is the no1 QB add if available

Despite losing DJ Chark for this week and maybe longer, Mustache Minshew gets the useless Oakland Raiders defense. I think Dede Westbrook and Chris Conley can provide enough to make Minshew a viable starter.

Laugh all you want, but the Giants are playing the Dolphins, and Daniel Jones is expected to be out with a high ankle sprain.  I know Manning isn’t great, but they will probably get Evan Engram back to go along with Slayton, Barkley, Shepard, and Tate. You can’t make up a better matchup for Manning to potentially walk off into the sunset.

Trubisky has played well of late, but that usually happens against inferior defenses. The Packers aren’t a bad defense, but they also, aren’t a great one. I’m hoping that Allen Robinson and Anthony Miller’s ascendance is more than enough to put up some fantasy numbers this week.

This brings joyful tears to my eyes. Have you seen how Mostert is playing as of late?!?! Dude is a beast. With the Falcons on deck I expect another AWESOME week. I GARY-ANTEE IT!!!

While Washington didn’t blow the roof off Week 14, he was involved in the running and passing game, and scored a TD. I like Washington as a sport start this week if you need a Flex or RB3. The Jaguars have been quite susceptible to being beat on the ground, and I think that should continue.

While I am not sure how AP will do against the Eagles, with Guice on IR, this is AP’s backfield once again. There are definitely worse plays than AP this week, and for many of us this is do or die time.

I am only adding Scott because he needs to be talked about. I would not be starting him if I picked him up. But he had 6 catches and plus a rushing touchdown, and was integral to the Eagles winning this game. I wouldn't be trusting him, but he is worth an add.

The Titans are playing the Houston Texans and their very burnable defense. I, like many others, see this as a game where AJ Brown again goes off and makes his case for Rookie WR of the year. The dude is a BEAST, and extremely difficult to tackle in open field. In what is likely to be a shootout, I want Brown in my starting roster.

Slayton the NFL on a main stage why he is also in the running for Rookie WR of the year. He posted his second 100+ and two touchdown game. This week he still has Eli Manning at QB, and is going against the Miami Dolphins. For those of us that lost Mike Evans, I really like Slayton (and AJ Brown) as a replacement.

Miller has shown a great rapport with Trubisky since Miller finally seems to be over his nagging injuries. Similar to last year, once healthy, Miller has really stepped it up and lifted up Allen Robinson’s play and therefore Mitch Trubisky’s. I like him against the Packers as the Bears defense has lost a step, and should have a back and forth game in Lambeau.

Pascal was a highly vaunted pick up this week with Hilton sounding like he will miss the rest of the regular season. He did well this week, but he is now going against the Saints defense so who knows what will happen in this game. I would not want to be playing the Saints after that epic game against the 49ers.

Washington hasn’t had a high target floor, but he has done the most with his targets. If he is to be matched up against Tredavius White then I don’t like his outlook as much, but maybe White will pick a side, or maybe White will focus on Dionte Johnson.

Doyle did not provide the same output as much of the Fantasy community expected. But here we are again as the Colts play the Saints who are very beatable through the slot. I’m hoping Doyle gets back on trade to being a back end TE1

Gesicki has had a solid few weeks, with a high target floor. The Dolphins lost DeVante Parker and Albert Wilson… Poor one out for my man, Ryan Fitzpatrick, who has lost his magic.

I love Hollister and have been playing him in the leagues I have him. With Lockett playing like crap, Hollister needs to step up to the challenge. While the Hawks are a run heavy team this time of year, Hollister is a go to target for Wilson.

While there is talk of Justin Watson stepping up to replace Mike Evans, which is fine between the 20s. I am actually a big fan of Brate stepping in as the Red Zone target for Jameis Winston. Remember when OJ Howard was benched and Brate had 14 targets. Let’s see if that can happen again. It’s a dart throw, but one I am taking with my Scott Fish Bowl 9 playoffs on the line this week!