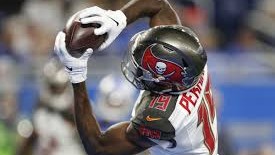 QB  - Tannehill is no1 QB add if available

Ryan Fitzpatrick – Confidence ALL OF IT

If you weren’t expecting FitzMagic to be my top claim then I say Welcome first time reader!!! Given it’s week 16 I’m not sure that you are streaming, but if you are then Fitzpatrick has done everything he needs to prove his worthiness. You don’t really want to watch the Magic happening, but by the end of the game you’ll feel you got your money’s worth. And here we are in week 16 against the Cincinnati  Bengals and their “revived” offense under Andy Dalton.

The Dolphins are terrible, but they have FitzMagic (see directly above this sentence), and that means they will put points up on you (if you are a terrible defense). So Dalton will be forced to try and put points up, even though this should be a very healthy dose of Joe Mixon throughout the game, I fully expect Dalton to be fantasy relevant.

RB - kind of weak this week

Boone is likely to be the highest claimed running back, but he plays on Monday and Cook will do everything he can to play. So unless you have Cook, I am personally staying about from banking on playing Boone. That being said, I am still claiming Boone in guess something happens mid week and we find out he is the guy.

Another uninspiring back to pick up, but Derrick Henry was/is banged up and in the event he does play I will… still probably not starting Lewis. Nothing Lewis has done has inspired any confidence except that he could be the starter on a high powered offense. I expect Henry to play, I expect Lewis to handle less than 10 touches, and Week 16 will just as fantasy relevant for Lewis as the previous 15 weeks.

If AP is available he is probably the best running back to pick up and start. But I assume he isn’t available.

Perriman’s last 3 weeks have been amazing, with last week being out of this world for fantasy. With the loss of Evans and now Godwin, Perriman is the de facto WR1 on a scorching hot Bucs offense going up against Deshaun Watson’s porous Texans defense. I love the chances of a shootout here, and I love the chances of Perriman having another great game.

Miller has been crushing it the past four weeks and I don’t see any reason that should stop. The Chiefs pass defense has been lights out, but that doesn’t mean Miller can’t get to his floor of 10 points. I would happily roll him out there if I was in a pinch.

Pascal had a down game, but so did everyone that Brissett was throwing to. Against the Panthers I expect Pascal to have more room to breathe. His upside may  be capped due to the return of TY Hilton, but hopefully this is a bounce back game as being thrashed by the Saints.

Similar to Perriman with the loss of Evans, Godwin, and Scotty Miller, Watson is being thrust into a starting role. He has been a poor man’s Edelman, kind of like Adam Humphries…. Who did pretty well for the Bucs last year. While Watson doesn’t have the highest ceiling, I like his PPR floor, and will maybe be starting Perriman and Watson in a deep league.

Gesicki has had a solid few weeks, with a high target floor. He doesn’t have that high a ceiling, but you can do worse at Tight End.

I love Hollister and have been playing him in the leagues I have him. He hasn’t had the greatest floor lately, but that all changes when you play the Arizona Cardinals in the fantasy championship. I’m excited to play Hollister this week.

This is my dart throw of the week. With the injuries to the Bucs the expectation is that OJ Howard becomes relevant. But I actually think Brate will have a part in the offense this week. Winston loves Brate in the Red Zone, and I expect that magic to resurface this week. I may be blinded by the light coming the Tampa Bay offense, but I would probably start Perriman, Watson, Howard, and Brate in deeper leagues, and may be combining a few of them in single line ups (super deep leagues).