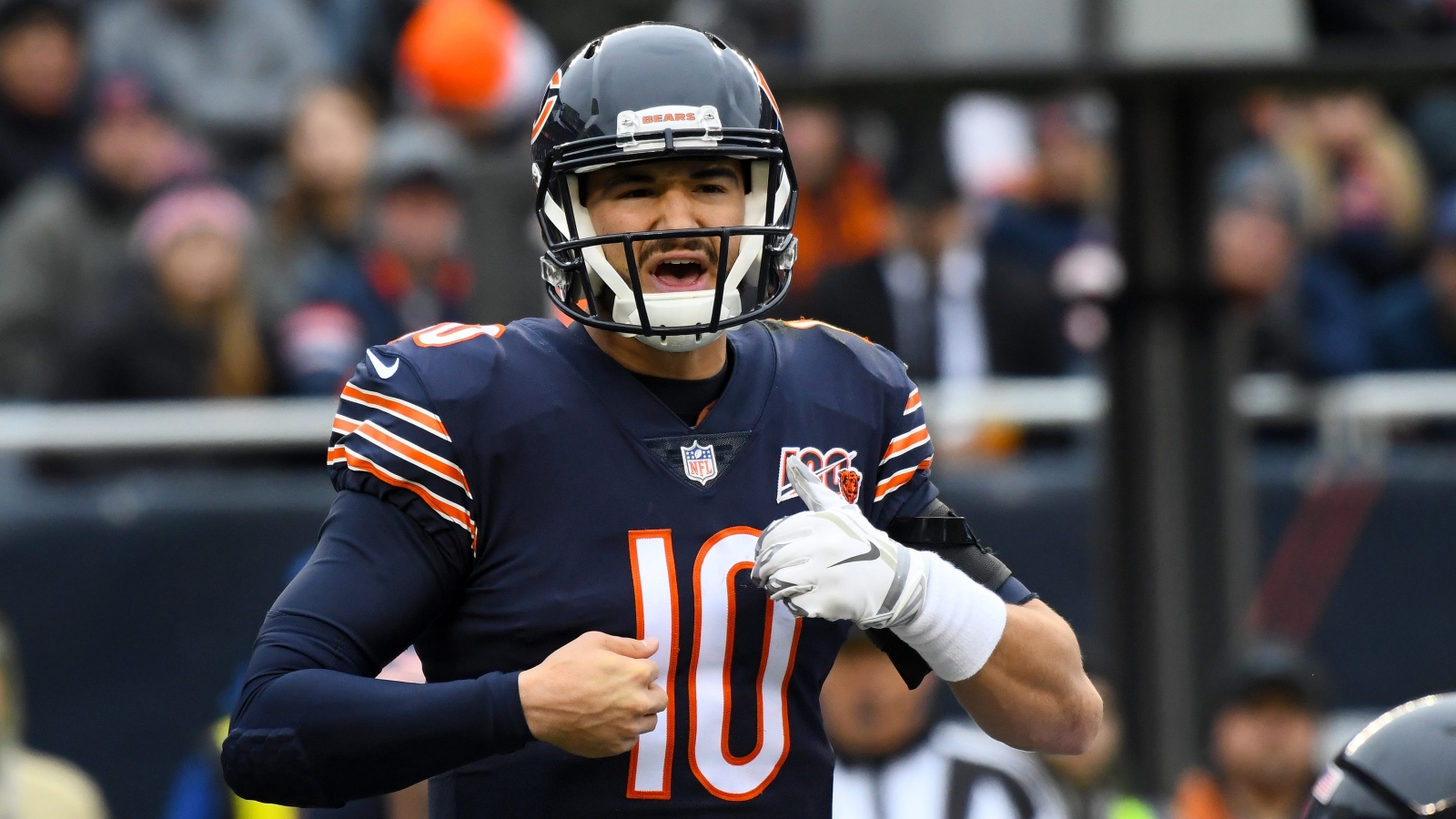 Week 1 of the 2020 NFL was a brutal one. Between players not being used the way we anticipated, the incorrect player vulturing a touchdown or two, and injuries aplenty, there appears to be a lot to get down about.

You might have to throw out a Hail Mary to fill all your starting roster players for the second week of the season. Maybe you did not get the player you were focused on the waiver wire. Perhaps one of your players got injured close to the game. Whatever the reason might be, picking up a player that could aid you in receiving a decent share of points this week is more beneficial than a big goose egg in your starting lineup. 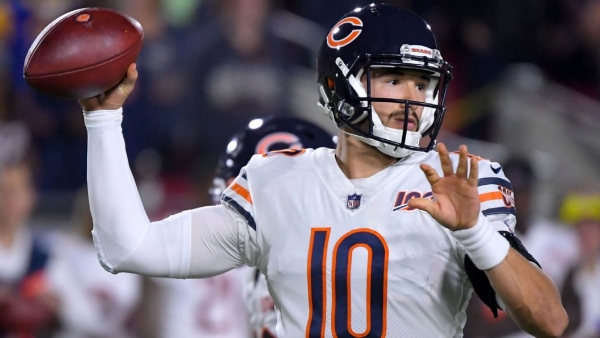 Let me begin by stating that Mitchell Trubisky was an actual Hail Mary I launched out in Week 1 in a Superflex league. I had annoyingly forgotten to put Deshaun Watson in my lineup (he played Thursday night), so I put Trubisky there and crossed my fingers. And it worked out in my favor.

So am I recommending Trubisky now because he bailed me out in Week 1? No, not at all (but that doesn't hurt). The former number two draft pick in the 2017 NFL draft has not looked good at all. This notion is not unfounded; if you watch or listen to a game, you will know that it is obvious he struggles.

That said, Trubisky flourished in the 4th quarter win over the Detroit Lions. Trubisky pitched the pigskin for 242 yards while also throwing three touchdowns. Those touchdowns all occurred in the fourth. The Chicago quarterback also threw no interceptions in the first meetup of the season.

This week, Trubisky and team take on the New York Giants. The Giants' defense did not look great against Ben Roethlisberger and the Pittsburgh Steelers on Monday. Big Ben threw three scores and tallied 229 yards through the air. The Steelers happened to rush for 141 yards facing the Giants as well.

Trubisky is a quarterback that can get you those upside points with his legs. He put up 64 rushing yards in the Sunday contest. The QB should use his legs to help your team get much-needed rushing points. 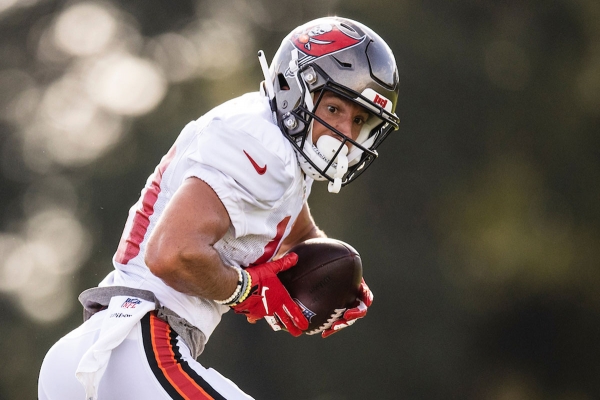 Is it Scotty? Is it Scott? Scotty doesn't know. Okay, now that I've made that Eurotrip joke, we can move forward. Scotty Miller is a wide receiver that has been on Tom Brady's radar for a while. They had instantaneous chemistry, with Miller becoming one of Brady's top guys.

Miller caught five passes on six targets while going for 73 yards on Sunday. As a slot receiver, he plays a position Brady love to target. Miller has the speed to get the job done with his legs once getting the ball.

Receiver Chris Godwin ended up with a head injury in the game Sunday against the New Orleans Saints. Keep an eye on Godwin's status for this week as he is currently in concussion protocol. If he cannot go, Miller gets a bump up. Wideout Mike Evans has a hamstring injury and was listed as limited on Wednesday, so watching his situation is also wise.

The second-year wideout Miller is up against the susceptive Carolina Panthers. The Panthers secondary is one that can be exploited, so Brady would be smart to toss the ball to Miller. Miller is a speed threat on both the inside and outside, so he looks to have a big game. One of his catches went for 37-yards on Sunday, a team-high. 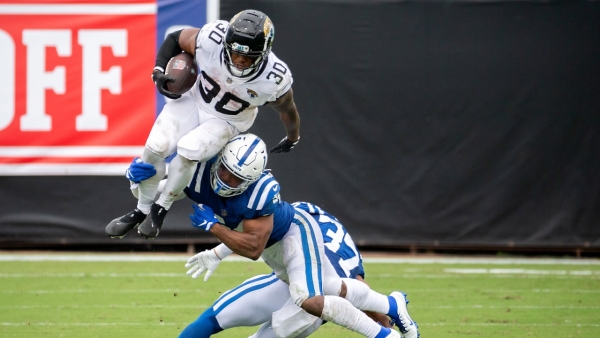 The Jacksonville Jaguars seem to have their guy at running back, at least for now. Jacksonville's rushing attack is fuzzy, but they are currently going with James Robinson as the lead back.

Robinson had 90 total yards on Sunday, competing against the Indianapolis Colts. That is an extraordinary feat for the runner because he was only recently named the RB1. Ryquell Armstead is still on the COVID list, and Devine Ozigbo has a hamstring injury.

Chris Thompson was everyone's sleeper darling this week (including me), but he only had two catches for six yards. Robinson was in for 34 snaps while Thompson only saw 12. The undrafted free agent Robinson was the lone running back on the Jaguars roster to log a carry in Week 1.

Robinson did not do anything flashy, but he did move the ball for 62-yards on 16 carries. He also had a catch for 28-yards. He should see several touches facing the Titans in the second week of the season.

The Tennessee Titans may be a troublesome matchup for Jacksonville. Still, the opportunity will be there for Robinson to pick up points. The Colts were not an easy defense to match up against, but Robinson did an admirable job. The schedule following the Titans game has the Jaguars taking on the Dolphins, Bengals, and Texans. He is set for success. 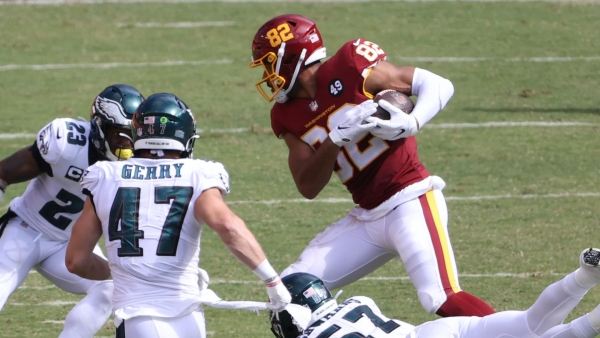 If you rostered Blake Jarwin (last week's Hail Mary tight end), you were heartbroken when he tore his ACL in Week 1. If you had an underperforming tight end in week one, you thought about dropping them right away. Now, week 2 is here, and you are concerned about who you should put in the tight end spot.

Logan Thomas has bounced from Arizona to Buffalo to Detroit. Still, he was given a shot with the Washington Football Team in March. The former 2014 fourth-rounder ended atop the depth chart after holding off Jeremy Sprinkle, Richard Rodgers, and Thaddeus Moss.

The six-foot-six Thomas was a quarterback until switching to tight end when playing with the Lions. He changed over to tight end, and now with the Washington Football Team has grown (at least in week one). Thomas led Washington in targets, even though his quarterback Dwayne Haskins did not step out of his comfort zone.

In the second half of Sunday's competition, Thomas grabbed an easy touchdown. Haskins' weaponry is limited, with Terry McLaurin being the one reliable target besides Thomas. Not having many viable options to contend with at the position, Thomas should remain seeing targets against the Arizona Cardinals this week.

Head Coach Ron Rivera utilized tight end Greg Olsen immensely in the Carolina Panthers' offense of yesteryear. In the 2015 season, Olsen led his team in targets. If Rivera similarly uses Thomas like he used Olsen, Thomas can have a big real and fantasy football game. He only saw four catches in the first week but was targeted eight times. That number should improve on Sunday.