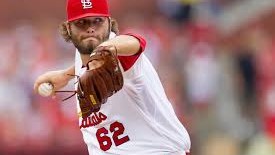 I know the situation. You are behind in your fantasy baseball matchup this week, whether it be a points league or a head to head roto league and you need a couple of good pitching performances to get you that much needed win. Fear not, Fighting Chance Nation, we are here for you, no matter which weekend night you need someone we give you two options of guys who should be available in 50% of leagues or less to help pull out the victory for you. As always, follow me on Twitter @fightingchance. Bartolo Colon has looked good in two of his three starts so far, this looks like it could be another one!

Bartolo Colon, Braves vs. Jeremy Hellickson (PHI). Sure his ERA doesn’t look great, but that’s because of his second start where he got pounded for six runs. His other two starts he has only allowed one earned run each. Sure, he isn’t a big strikeout pitcher, but this is a streaming pick, you aren’t going to get Clayton Kershaw! He will face the Phillies and Jeremy Hellickson and I can’t decide which one sucks worse. This should be a win for Big Sexy.

Alex Cobb, Rays vs. Matt Fiers (HOU). He has allowed four earned runs in each of his last two starts, but I still feel that Cobb is kicking off the rust after missing time from Tommy John.  The last two full seasons he pitched he had a sub-3.00 ERA. Despite not striking anyone out his last time to the mound, Cobb should also be good for about a minimum of five strikeouts. Fiers got knocked around pretty good his last time out, and I feel that he is average at best. This looks like a good place to plug and play Cobb.

Matt Boyd, Tigers vs. Adalberto Mejia (MIN). After getting rocked his first time out, Boyd has been very good his last two starts. He isn’t a great strikeout pitcher, but he still gets enough to make it worthwhile to have him start for you. He faces the Twins who suck something awful, and going against a pitcher who has lasted a combined less than seven innings in his two starts with more walks than strikeouts. This should be a cakewalk for Boyd.

Lance Lynn, Cardinals vs. Chase Anderson (MIL). He was always a good sized guy, but Lynn looks a little rotund after coming back from Tommy John Surgery. He still has been pretty efficient in two of his first three starts, including against the Cubs and Pirates. He should be good for five or six strikeouts in any given start as well. He faces an improving Brewers team, although I am not a fan of Chase Anderson on the mound. This one looks like a win for the Cardinals and Lynn. Triggs is off to a great start in 2017, and I believe he will do it again on Sunday!

Andrew Triggs, Athletics vs. Yovani Gallardo (SEA). We spoke about him this week on the podcast, and Steve and I both really like him. He is a ground ball pitcher, so he doesn’t necessarily rack up the strikeouts, but he did have five in six innings his last time out. He will face a Mariners offense which is pretty good, but Yovani Gallardo, who is REALLY bad. Even if Triggs gives up three or four runs, he still should get a few whiffs and get you a win.

Joe Musgrove, Astros vs. Matt Andriese (TB). While I pick against the Astros on Friday, I’m gonna pick their pitcher to excel on Sunday. Musgrove hasn’t been going deep into games, but in two of his three starts he has been good enough to win. The most you can probably hope for is six strikeouts, but at worst he should do well for your WHIP and against the Rays and Matt Andriese he should likely pick up the win.