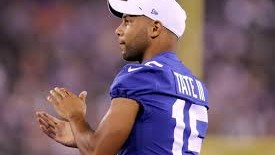 Gardner has so far impressed with his starts. He has a nice floor even if he hasn’t shown a high ceiling yet. I think he is a glorified game manager with some okay weapons, but the Jaguars have a knack for having to play from behind despite having what is supposed to be a solid defense. This week against Carolina should be a tough outing, but I expected Minshew to have throw the ball to keep up with Christian McCaffrey’s Panthers.

Daniel Jones, NYG – Confidence 7 high end QB2, but with a terrible matchup against the Vikings

Jones did not have a repeat of fantasy explosion in Week 4, but he did not really need to do much given the implosion of the Redskins and their quarterbacks. With the Vikings up next I am not going to touch Jones as a starter except for a break in case of emergency type situation. However, he showed a connection with Gallman which bodes well for Barkley when he returns, and he gets Golden Tate back this week. There are MUCH worse pass catching corps in the NFL.

Allen came back down to Earth in his second start and did not score a touchdown. That being said, he still has great weapons at his disposal, and had Deshaun Watson connected on some of this throws then this would have been a difference game script. I am of the belief that having an elite pass catching running back always provides a floor for a quarterback solely because they have a nice check down. Against the Jaguars I am sitting Allen this week even in two quarterback leagues.

Let’s be honest, the Bears win with their defense and hope their offense screws up few enough times for them to win. However, going up against the Oakland Raiders should provide ample opportunity for Chase Daniel as a spot start, but his long term outlook isn’t too great given Trubisky is due back within a few weeks from his shoulder injury. Having Allen Robinson and Tarik Cohen definitely helps due to their trusted hands. ARob has been peppered with targets all season and I don’t expect that to change.

Andy Dalton, CIN – Confidence 9 as a one week starter because he is playing the hapless Arizona Cardinals defense. Don’t worry about the Monday night game. Primetime games are Dalton’s kryptonite. He will rebound and throw a ton as he has been doing all season. The loss of John Ross III doesn’t help Dalton’s case, but if you are in this position then you will take what you can get.

Check to see if available: Jacoby Brissett – He is officially a low end QB1 instead of a high end QB2. He doesn’t need to be started every week, but if you lost one of the many injured quarterbacks you are happy to have Brissett  at your disposal.

Williams is the goal line back for the Chiefs and looks like he is one injury away from being a stud. I want any piece of the Chiefs I can get. He may not be better than a flex on any given week, but I am flexing him with confidence most weeks. Week 5 I’m a little nervous about going up against the Colts, but if Darius Leonard is still out, then Williams will be in my flex spot.

I was shocked to see Jones’s usage, but it seems like he is the back to own in Tampa Bay. While you may not be picking him up and starting him, I definitely think he is worth rostering to see what happens. This offense may just be getting started, and if he is available, this is probably the last week to pick him up.

Samuels crushed it on MNF against the Bengals and got an even usage with James Conner. Conner has tweaked his ankle a couple of times and should he be out for a game then Samuels is an auto-start. With both of them in the game I am intrigued to see if the Steelers keep up their plan of limiting Mason Rudolph’s depth of target and continue his high volume

You know your roster, league, and your own personal preferences. This the list of back up running backs I am focused on having if I am going to have a back up taking up a bench spot. As the season gets deeper I will start giving my rosters more of a weekly in depth look to see if I have space for the backups.

The main question mark of how Mason Rudolph would feed Diontae was answered. He trusts Diontae after connecting on a deep touchdown two weeks in a row. While that might not be sustainable, you now have a clear cut WR2 in Pittsburgh. If he is available, maybe he can turn into what I thought Donte Moncrief would become in this offense.

Daniel Jones is looking solid, and Tate should offer a nice floor, if even just for the interim until Barkley returns. Given we don’t know how Tate and Jones will look together there is a high variance of possible outcomes, but I am optimistic in a PPR that Tate should be a low end WR3 at worst.

Due to his lack of production stemming from not having a real quarterback Robby was probably dropped during his bye week. I am very high on Robby moving forward assuming Sam Darnold is back at the helm.

He looked good and was open often. Not sure that will happen against teams that know Seals-Jones has a pulse. I’m open to seeing if he can show a pulse again, even if it is just a one week add and dropped back to waivers.