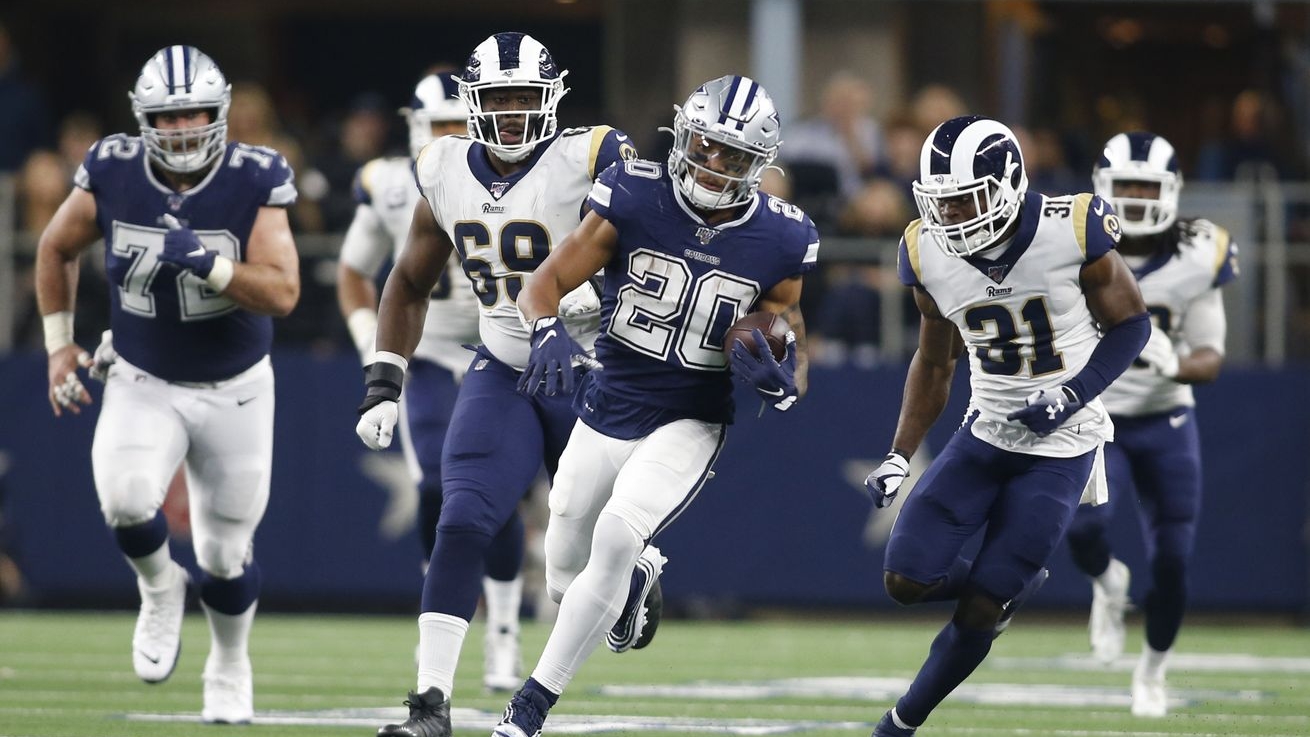 Here we are jumping into Week 7 with fingers crossed our fantasy teams can stay healthy and put up points. If you are in a place this week where you are in urgent need of a Hail Mary play, I am going to give you four options that have the potential to have an excellent fantasy game for this slate of games. Of course, these guys being Hail Mary plays means only start them if you are in a bind, as these players are not generally known for being fantasy studs. The upside is there, so keep in mind that they could have good contests. 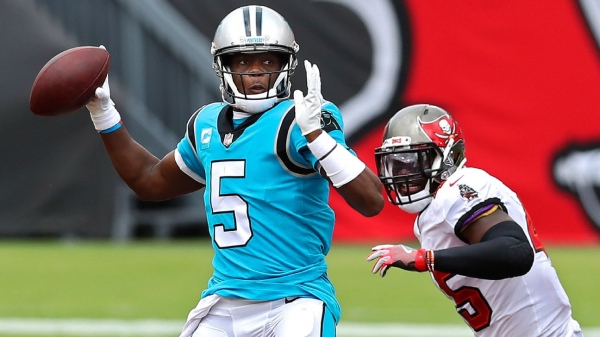 Bridgewater and company go into New Orleans for a “revenge game”. Do not be concerned about Bridgewater’s horrid fantasy outing last week versus the Bears as we had a feeling that would happen. This week, the Panthers quarterback faces a Saints team that has allowed each quarterback they’ve seen this season to score at least three touchdowns a game. This bodes well for Bridgewater, who could see a 20+ game in Week 7.

The Panthers QB has been a run-of-the-mill quarterback this season, minus an impressive game against Atlanta. He only has six passing touchdowns on the season, but this should increase in Week 7 when he takes on a Saints team conceding the fourth-most fantasy points to the quarterback position.

If you are in a jam this week, Bridgewater could be the perfect stop-gap. He has Robby Anderson out there as his number one target, surprising many this season. Anderson is second in receiving yards at the wide receiver position with 567. He also comes in at fourth overall at the position when it comes to yards after catch with 219. Last week, Bridgewater managed to get the ball to Anderson four times (where he went for 77 yards). The opportunities should open up even more this week, and Bridgewater finds himself in the ideal spot to put up big points. 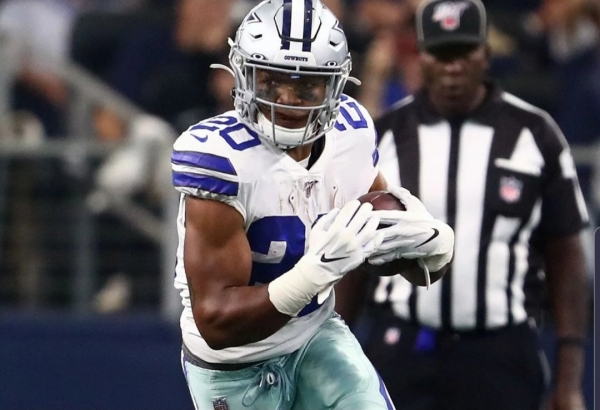 Why Pollard when Ezekiel Elliott runs that Dallas backfield? Well, have you seen Elliott’s fumbling statistics this season? In Dallas’ last game versus the Cardinals, Elliott gave up two fumbles that ended in Arizona scores. Elliott has five lost fumbles on the year, four of which ended in touchdowns for the opposing teams.

The coaching staff did sit Elliott and put Pollard in his place after both fumbles, but he was not used very much after the first fumble. The second fumble saw Pollard come in and look like a capable running back for the Cowboys. He ended the night with 12 offensive touches. Dallas has not looked good this season, so keep an eye on Pollard’s usage. They may end up playing him more if they keep getting blown out. At quarterback, Andy Dalton has been having a less than stellar time with a decimated offensive line, but Pollard has been reliable for Dalton. He should proceed to rely on Pollard if Pollard gets snaps.

This week, Dallas meets the Washington Football Team. If Elliott keeps being in his head and fumbling the football, Pollard could see more activity. Washington has yielded 577 rushing yards to running backs this year while allowing four rushing scores. They appear to be middle of the pack against runners, but Pollard can put up yards. He could also see a touchdown, which he has been known to do even with limited opportunities. 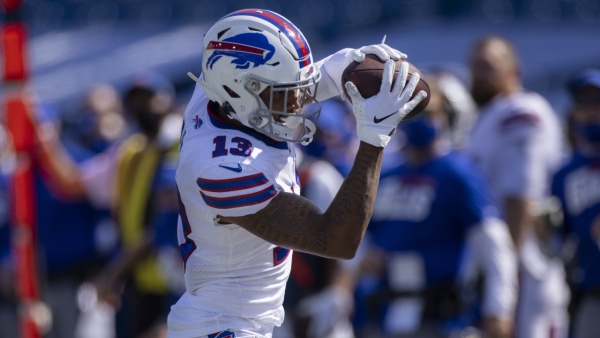 John Brown has been ruled out of the game on Sunday versus the New York Jets. This means Davis is in line to start for the Bills. Injury held Brown out of week 5, and Davis was the player who benefited most from this. He came in and played all offensive snaps. Davis tallied nine targets in that game, and he hauled in five of those for 58 yards.

Brown has not been the picture of health this season, even though he played through injury when taking on the Chiefs in Week 6. With Brown out of sight this week, Davis is set up for success as he faces a Jets team that has not been competent at all this season, including having zero wins. Their defense is giving up yardage this season, conceding the ninth most wide receiver yards this season.

If you need a solid wide receiver play this week, Davis is the guy for you. He is a Hail Mary play, but he is a more stable Hail Mary play than others on this list. The Bills wideout will see work this weekend. With the number of plays he sees when Brown is out, expect Davis to see lots of the field this week. 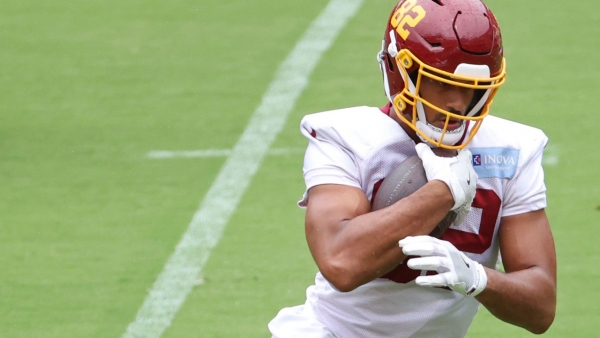 Thomas has been dealing with subpar quarterback play, a reason why his season has not been ideal. He can have a blow-up game, but it is tough to do that when you don’t have capable quarterbacks delivering you the ball. Last week appeared to change that a little, as quarterback Kyle Allen threw for 280 yards.

With Allen in the lineup, Thomas has seemed like a better player. Thomas secured a 5-yard touchdown in last week’s match, and he also brought in three balls for 42 yards. He has not been able to produce this year, but he sees loads of targets. Thomas has been thrown at four or more times in each game this season.

This week, Thomas battles the Dallas Cowboys, who have not been sufficient this season. They are giving up nearly 12 points per game to the tight end position through six games. Thomas looks to achieve double-digit points this week when facing the Cowboys. He can procure a touchdown, notably with all of his targets.