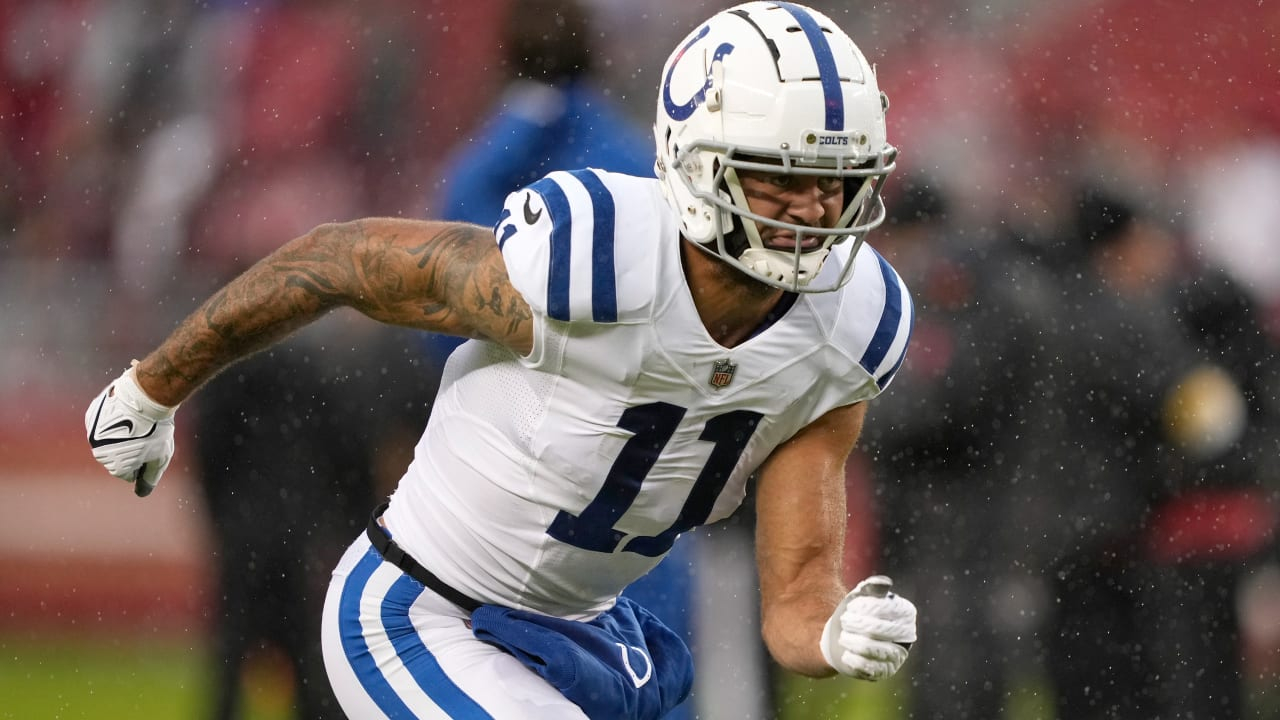 I hope everyone survived the Bye-pocalypse and made all the money in Week 7. While Week 8 doesn’t have nearly as many teams on bye, some high-powered teams aren’t on the main slate. The Packers, Cardinals, Chiefs, Cowboys, and Vikings are all in primetime matchups, leaving you with some difficult choices to make in your lineups. Let’s sift through the options to find the value plays with the highest ceiling for your Week 8 matchups. 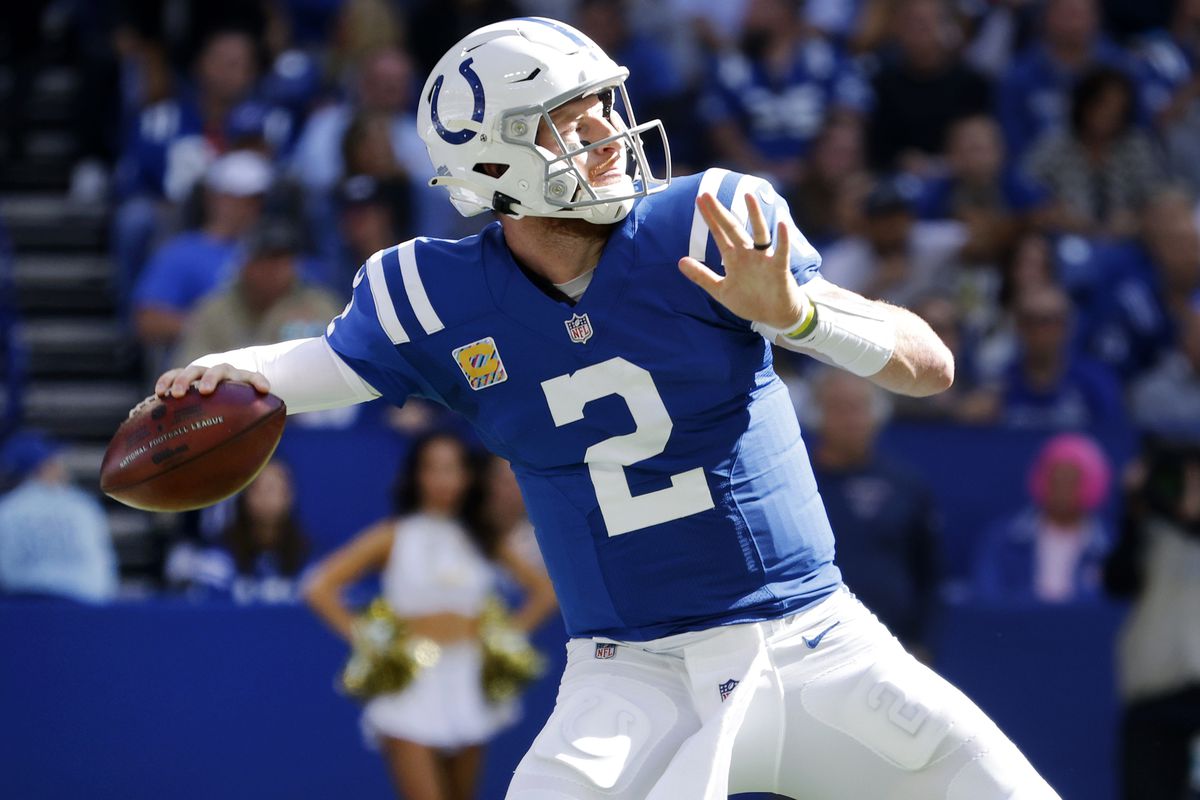 Carson Wentz hasn’t been astonishing this season with the Indianapolis Colts, but he has been a reliable fantasy option with a safe floor. He’s thrown for two touchdowns in the past four games in a row and this week he gets a premium matchup against the Tennessee Titans. The Titans’ defense is giving up 20.6 points per game to opposing quarterbacks, and while Wentz hasn’t put up mind-blowing stats, he should continue his touchdown streak against this defense. He’s also only thrown two interceptions this season, so you don’t have to worry about interceptions as much as other quarterbacks in this tier. His ceiling is a little lower than some other quarterbacks on the slate, but if you’re looking to go save money to pay up for a stud at another position, Wentz is your guy. 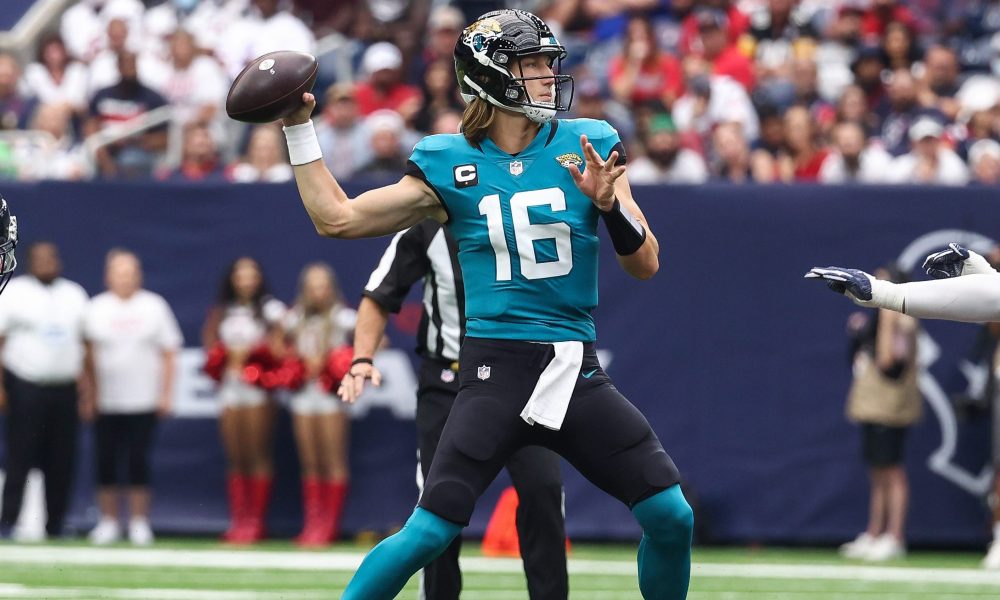 Trevor Lawrence had a rocky start to the season, throwing for seven interceptions and fumbling once in the first three games; however, he’s only had one interception and one fumble the past three weeks combined. This week, he’s heading to meet the Seattle Seahawks who have only forced two interceptions the entire season. His downfield playmaking ability is already showing on film, so if he can control the turnovers, he’s set to have a big game. Lawrence is averaging 17.6 fantasy points per game, so he should return value on his salary even if he doesn’t explode. 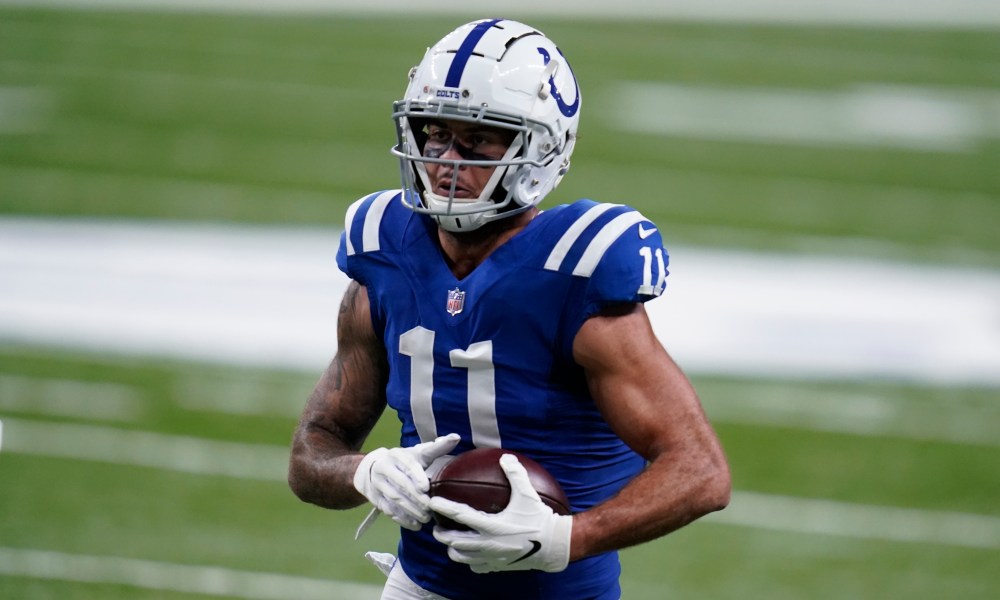 Last week against the 49ers, Michael Pittman turned in an impressive performance, racking up 105 yards on four targets and a touchdown. This week, the Colts are playing their division rivals, the Tennessee Titans, who are allowing the most fantasy points per game to opposing wide receivers. Pittman was also on the field for almost every play with T.Y. Hilton out, seeing 91% of snaps in Week 7. Even if T.Y. Hilton returns this week, I’m counting on Pittman to continue his fantasy production, and at his salary, he’s a steal in this matchup.

Jerry Jeudy couldn’t have asked for a better matchup to return to action for than this week’s against the Washington Football Team. Their defense is giving up the second-most fantasy points to the wide receiver position this year (45.81), and with Jeudy back, that number is bound to increase. Jeudy should still work primarily out of the slot where he saw seven targets through half of Week 1 before he was injured. I expect him to pick up right where he left off and continue to see a large number of targets. At $4,900, he’s someone I have to have in my lineup.

Since D.J. Chark went down in Week 4, Jamal Agnew has carved out a role in the Jacksonville offense. In Weeks 5 and 6, Agnew saw seven and six targets, respectively, while playing 63% and 59% of the team’s offensive stats. The Jaguars play the Seahawks in Week 8, who have allowed 36.07 points to opposing wide receivers this season. Agnew may not blow the doors off this matchup, but at his salary, it’s hard to pass him up. 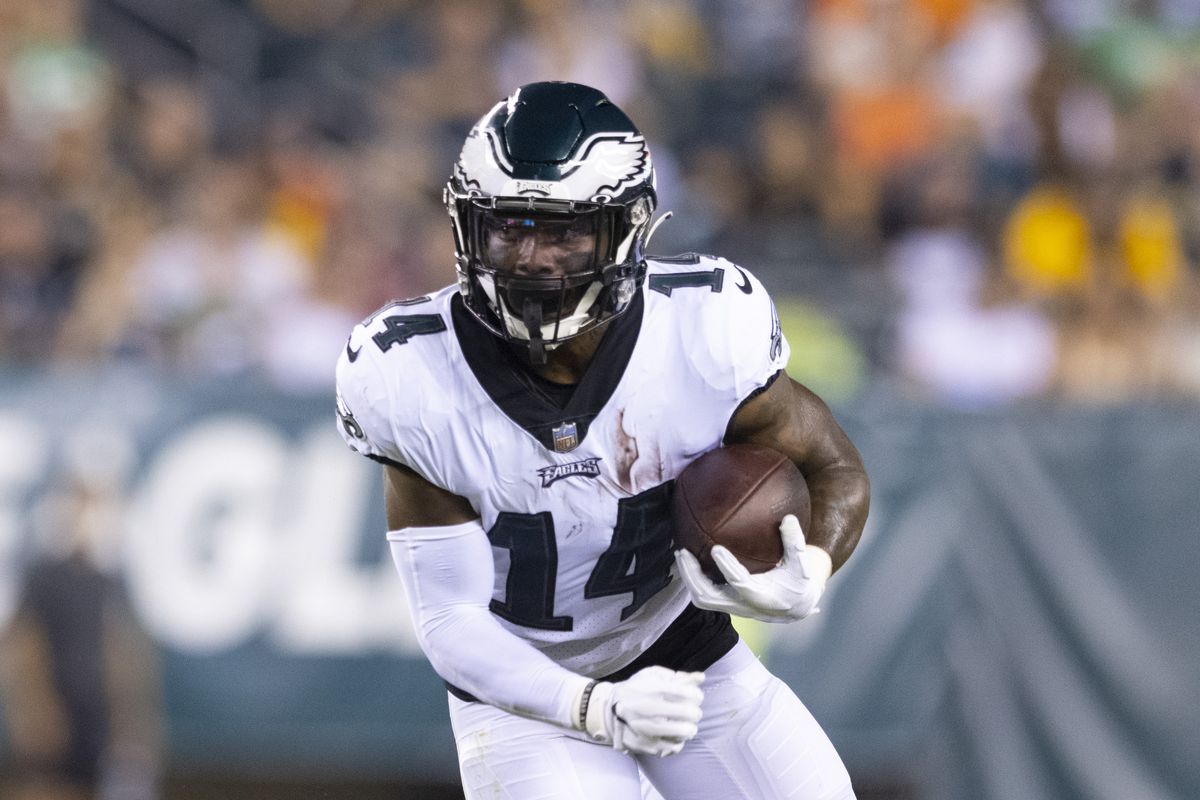 With Miles Sanders unlikely to play in Sunday’s matchup with the Detroit Lions, Kenneth Gainwell is high on my fantasy radar this week. The Lions have given up the fourth-most fantasy points to the running back position per game (28.71), and although Gainwell will split snaps with Boston Scott, Gainwell has a hold on the majority of them. Last week, Gainwell played 51% of snaps, Scott played 33%, and Sanders only played 17% before getting injured. Gainwell is also getting quite a large target share, making him a valuable PPR asset. 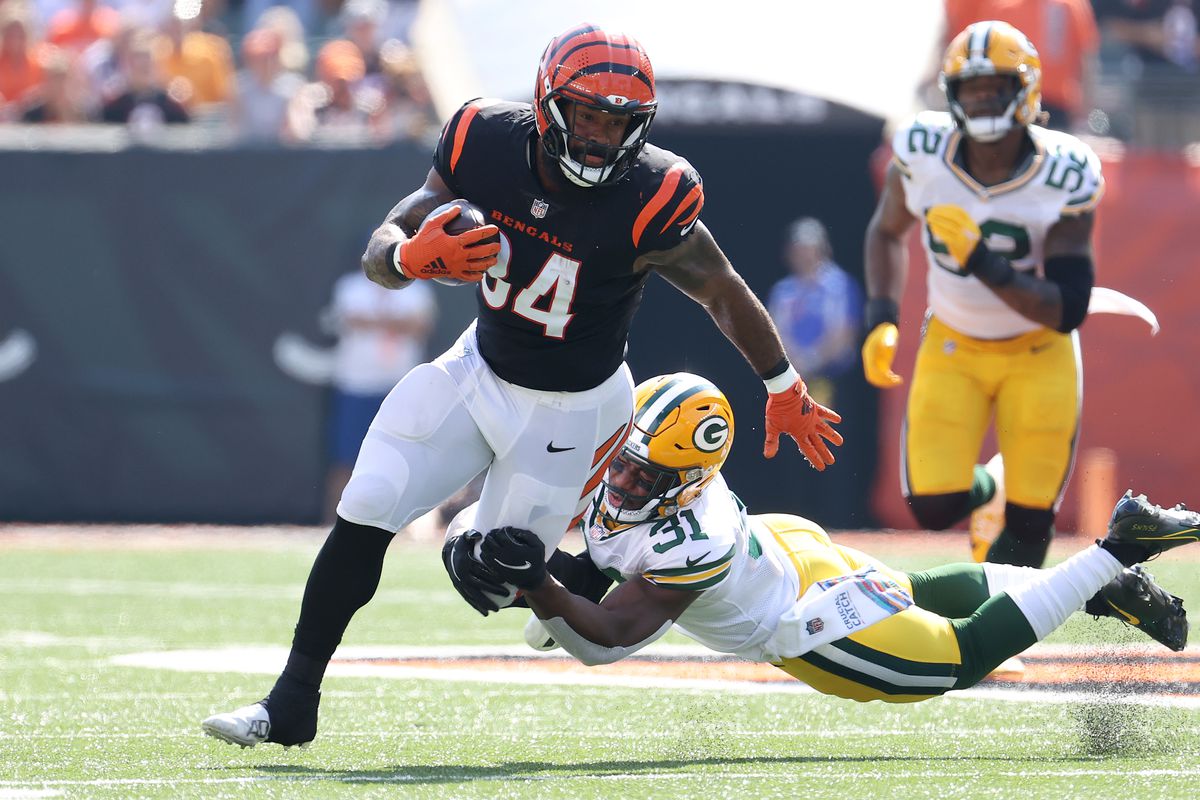 Samaje Perine posted his best stat line of the season against the Ravens in Week 7, and he could continue that fantasy uptick this week against a putrid Jets defense that is allowing the most fantasy points per game to the running back position (38.37). Last week, Perine saw 11 touches, which was nearly a 50/50 split with starter Joe Mixon who saw 12. This game could end up getting out of hand fast, leaving the door open for Perine to rack up fantasy points. 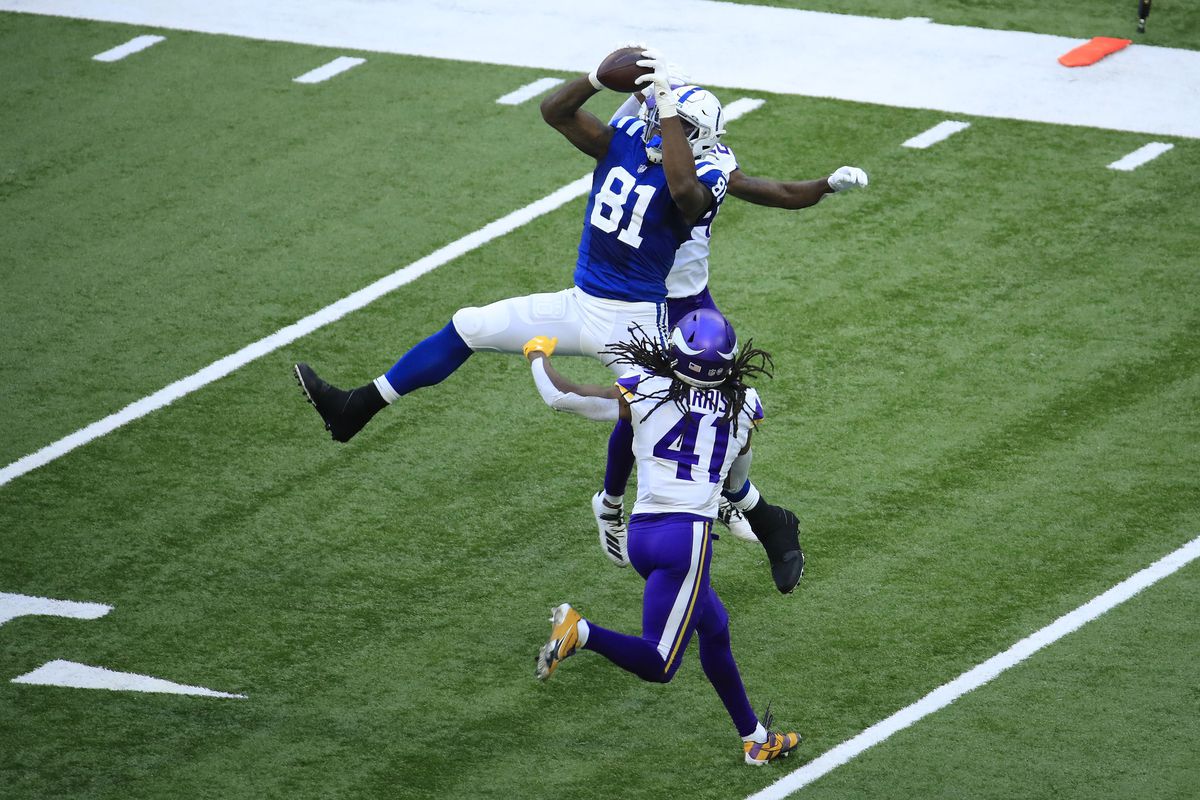 While he hasn’t seen a large number of targets, Mo Alie-Cox continues to produce in the end zone. He’s scored four touchdowns in the past four weeks, and I like him to continue riding the hot streak against the Tennessee Titans. While the Titans are fairly good against giving up fantasy points to the tight end position, Alie-Cox is a nightmare to match up with. I think he finds the end zone again this week and returns value, leaving you able to pay up at another position. 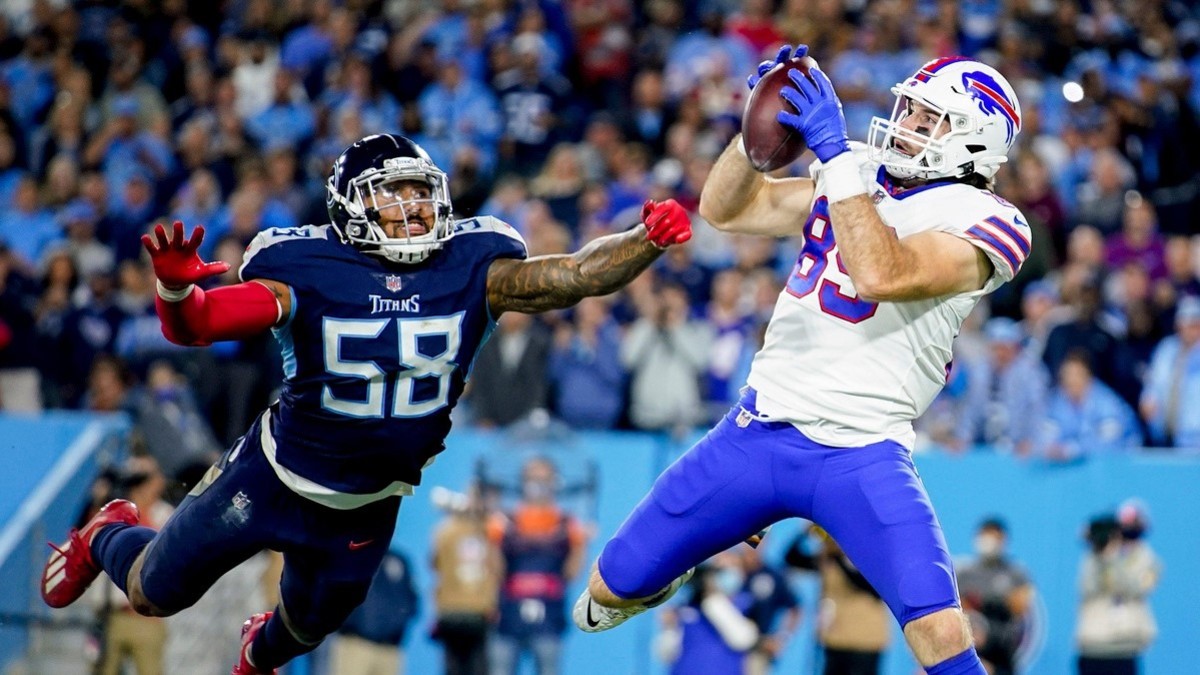 This one is a little out there, but hear me out. With Dawson Knox out for a few weeks with a broken hand, Tommy Sweeney is the next man up on this high-powered offense. The Miami Dolphins are allowing 15.63 fantasy points per game to opposing tight ends, and with no one to compete for snaps, Sweeney should swoop right in and collect those vacated targets. He found the end zone in Week 6, and I expect him to do it again this week.