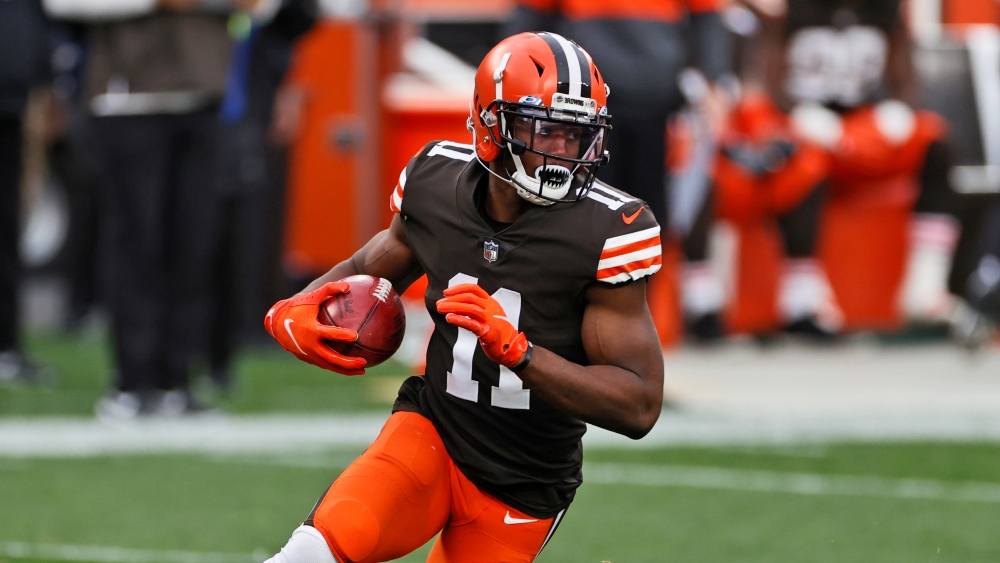 We are on to Week 8, and you might be in a fantasy football jam this week at one or more positions. With bye weeks and injuries, sometimes you have to throw out a Hail Mary and hope for the best. I’ll be looking at four players for the week that have a chance to get you fantasy points and be suitable replacements for the time being. By no means am I stating I would start these guys over your tried and true studs, but they are potential point grabs if you’re in desperate need of a roster filler. 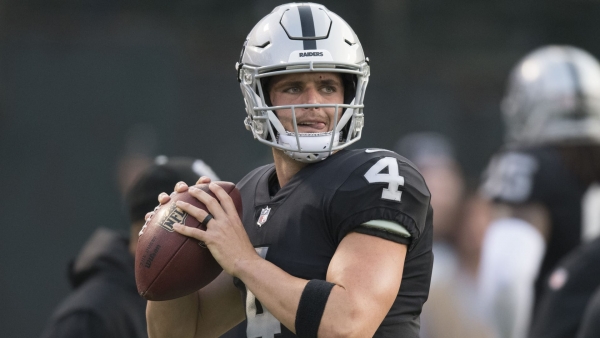 Carr has been pretty consistent this season, and he has been just under 20 fantasy points in his last three games. Last week, Carr flung the pigskin for 284 yards and two scores while throwing a pick in the Raiders’ loss. He was playing Tampa Bay, a defense that has been solid this year. Oh, and don’t forget that he also rushed for 19-yards, showing he is a little more versatile than we thought.

This week, the Raiders are taking on the Browns. Last week, Joe Burrow threw for 406 yards and heaved three touchdowns. Burrow additionally took it in himself, rushing for a score. Carr should be able to put up good numbers facing Cleveland in their matchup. He is battling a defense that has yielded the fourth-most passing touchdowns this year along with the third-most passing yards.

This year sees the veteran quarterback doing things he has yet to do in his career. Every game of the season, Carr has thrown for multiple touchdowns (except for in Week 1). With what Burrow was able to do against Cleveland last week, Carr can put up similar numbers in Week 8. 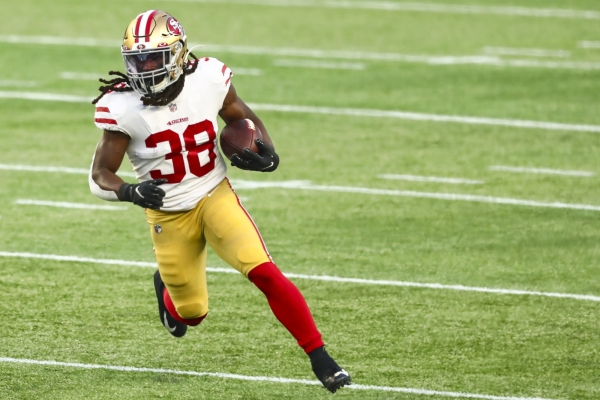 The rookie running back is meeting a Seattle Seahawks team that ranks dead last in pass defense but looks adequate against the run. Nevertheless, Hasty has the opportunity to put up double-digit carries this week as he becomes the lead back. Even with Seattle seeming stout against the run, you will not find a starting running back on waivers all that often. He has been a waiver wire darling as his rostered percentage went up 47.2-percent in ESPN leagues this week (he is now rostered in half of ESPN leagues).

Hasty was effective in his last outing, going for 57 yards on only nine carries. He has averaged 5.2 yards a carry this season and should get a good chunk of work in Week 8. Hasty has rushed 20 times for 103 yards on the season, and the runner has seemed like a competent running back in this league. He is also a skilled pass catcher and should see work in that aspect of his game. Hasty has seen low usage this season, but snaps should be coming his way with injuries to Jeff Wilson Jr., Raheem Mostert, and Tevin Coleman.

Jerick McKinnon is the other running back on the team that is certain to see the field this week (although he is dealing with “tired legs”). Coleman could possibly play Sunday after being out following a Week 2 knee injury that put him on IR. Even if Coleman is back, Hasty will nevertheless see the bulk of work. 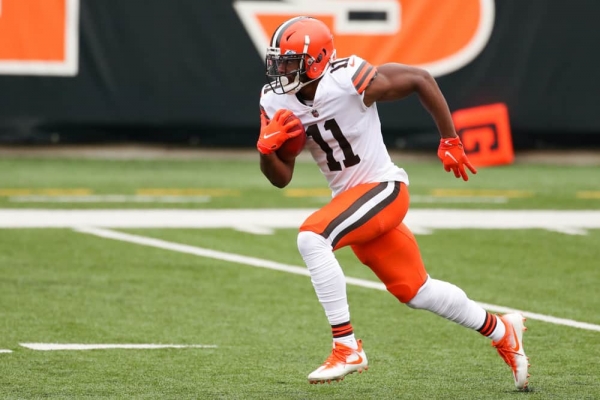 I was going to insert Rashard Higgins here as Odell Beckham Jr. went down for the season last week, making Higgins the clear number two wideout in Cleveland. Decided I wanted to go a little deeper at wide receiver due to this being a Hail Mary call and all. Peoples-Jones is the Cleveland wideout I am going to add to the list as he is just now seeing an increased role in the Browns offense.

Last week, with OBJ going down early, Peoples-Jones found himself catching a touchdown pass while only being targeted three times in the game. Those targets all came in the 4th quarter, and he took advantage of what came his way. His first catch was a 19-yarder that went for a first down. The second ball he snagged was a 13-yarder that likewise got the Browns a first down. And his final catch of the day was a 24-yard touchdown catch to seal the game.

He looks to bring that momentum into the Week 8 matchup at home, facing the Las Vegas Raiders. Last week, the Raiders gave up three touchdowns to the wide receiver position (Scotty Miller, Chris Godwin, and Tyler Johnson all scored one). Tom Brady threw for 369 yards in the Week 7 matchup versus Las Vegas, and Patrick Mahomes saw 340 yards through the air in the game before that. Browns quarterback Baker Mayfield is not Brady or Mahomes, but he does have a shot at going for over 300 yards in this outing. Peoples-Jones can stretch the field, making him a perfect candidate to stream this week. 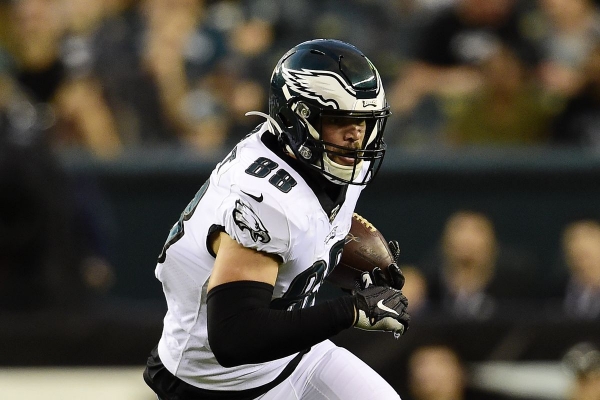 I’m not sure if Goedert or tight end Richard Rodgers will be the one to step up for the Eagles this week, but I will throw Goedert on this list as a Hail Mary because he just came off of IR after healing up an ankle injury. A good portion of people have dropped him due to the uncertainty at the position each week, so there is a good chance he is available on waivers.

In this contest, Goedert faces the Dallas Cowboys and their abysmal defense. The Cowboys allow the most points per game in the league, which only makes Goedert’s chance to shine more accessible. The Dallas defense additionally concedes the tenth-most fantasy points per game to the tight end position, so Goedert has an excellent chance of blowing up during this contest.

The only factor that worries me here is we do not know how the Eagles are going to utilize him in his return back to the lineup. Will they have him on a snap count and utilize Rodgers more, or will they allow Goedert to play an average amount of snaps? Rodgers has been impressing, so he is still going to see work during this game. Goedert can put up big numbers for your fantasy team, even if he has to share time with Rodgers. The Eagles could use another healthy pass catcher, so Goedert automatically becomes an essential weapon for quarterback Carson Wentz.

As always, please give me a follow on Twitter @thekaceykasem. Also, follow my podcast (Get Real with Kacey Kasem) at @getreal_pod. It is available on most podcast platforms. Thanks!