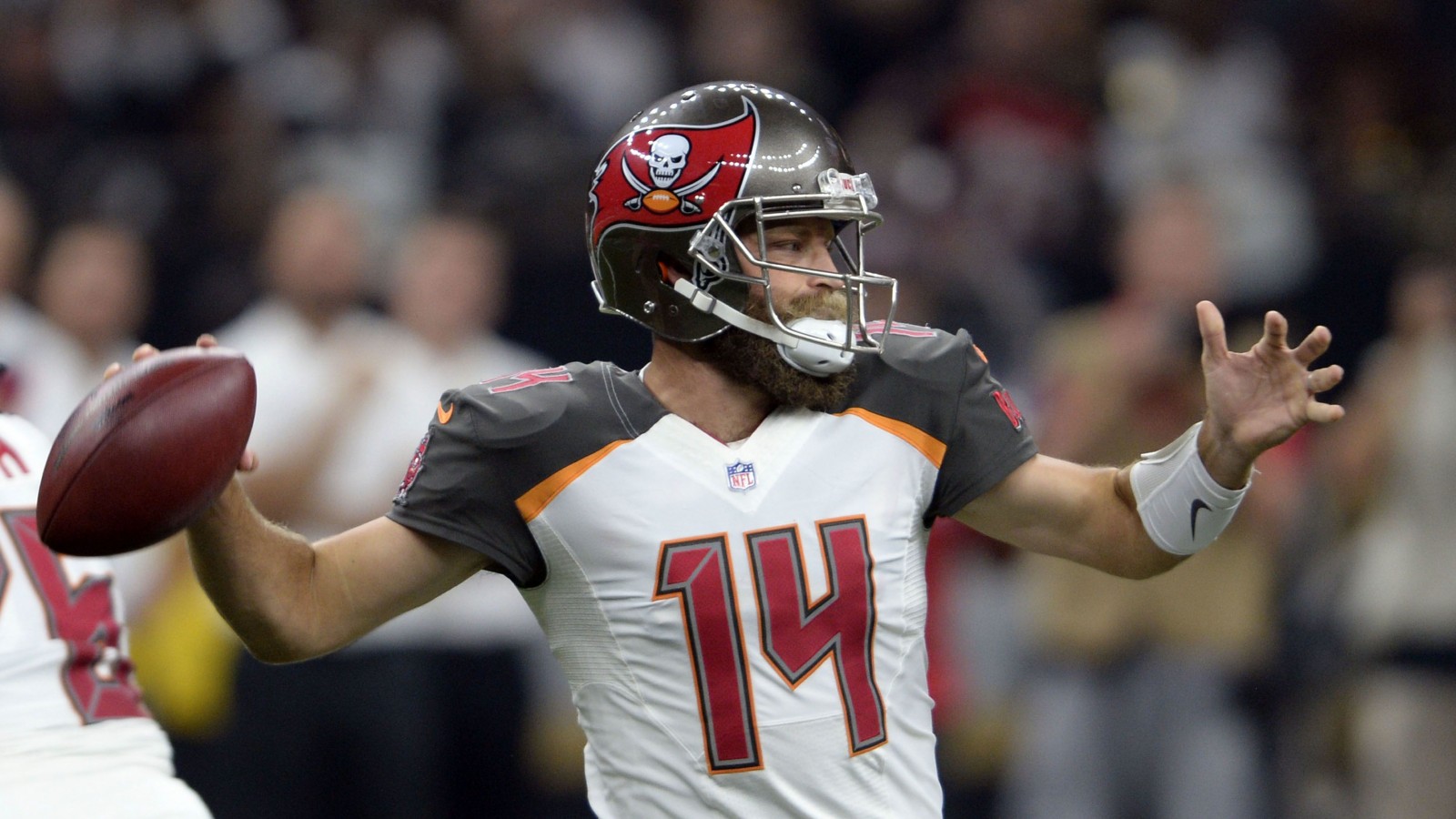 So basically, if you are still reading waiver wire articles your team is still in the playoff hunt, so good job so far. I will try to help with these last few waivers to make sure to give you a decent idea of which players can actually deliver an impact to your team moving forward. Unfortunately for fantasy owners these bye weeks often deliver “one week wonders” who then fade off into the sunset.

Weeks 9 and 11 are really the killers this year with 6 teams on bye in each of those two weeks. This week Indianapolis, Cincinnati, NY Giants, Philadelphia, Arizona and Jacksonville are all on bye. That means Luck, Dalton and Wentz are out at QB. At RB we lose Mack, Mixon, Barkley, David Johnson and the mess from Philly and Jacksonville. At WR we are missing Hilton (missed him in week 8 also), Green, Boyd, Beckham Jr., Shepard, Jeffery, Fitzgerald and a lot of other wannabes. We don’t have to worry about Jacksonville or Arizona TEs, but otherwise we miss Doyle, Ebron, Engram and Ertz.

It is so hard doing a waiver article on the last day of the trade deadline, so many things can change by the time this day is over. After all the trades are done I will make some changes to this document if the need arises.

Before we get to who you should pick up, here are a list of players I would drop for them:

Here are some players I am not ready to drop yet

Now here are the players you could look to pick up this week.

Ryan Fitzpatrick, QB Tampa Bay Bucs – FITZMAGIC IS BACK…for now. Once again Coach Dirk Koetter has made a QB change mid-game. This time it was Jameis Winston being pulled for Fitzpatrick again. The one thing we know is that in 6 of 7 games the Tampa Bay QB has been a top 5 fantasy scorer and it didn’t matter who was under center. Only against Chicago in Week 4 didn’t they hit that mark. The main problem is trying to determine how long this change will last. It might be right until the end of Koetter’s term as Head Coach.

Confidence Level: 6 (would be higher if we knew he was starting rest of the season)

Dak Prescott, QB Dallas Cowboys – Prescott has been playing better of late, especially for fantasy owners. In his last 2 games he is averaging about 29 points a game, depending on your scoring system. He has definitely helped his numbers with a rushing touchdown in each of those two games. Now they get Amari Cooper in the fold, which should help this offense open up. He has a very good schedule moving forward outside of Week 9 against Tennessee.

Doug Martin, RB Oakland Raiders – Martin played 56% of the snaps to Jalen Richards’ 44% and he got 4 carries in the red zone. He definitely has the early down work and hopefully the goal line work. It was good to see him involved, albeit in a small way, in the passing game as it increases his floor. If he can get to 2-3 receptions a game it will give him a much better chance to get to double digit scoring and then when he does hit with a touchdown he will put you over the top.

Ty Montgomery, RB Baltimore Ravens – Two days after killing the Packers in their comeback attempt over the Rams Montgomery was traded to the Ravens and instantly gives them an upgrade over Buck Allen. He may not do much in Week 9, but then he has a bye and a chance to learn the offense, which should open the door for him from Week 11 on.

Elijah McGuire, RB New York Jets – McGuire returned to practice last week and is eligible to activated off of IR this week, but this is a purely speculative add. With Bilal Powell done for the year either Trenton Cannon or McGuire should have a decent role going forward. Before he broke his foot, many beat writers thought McGuire would have that third down back role to start the season. My thought it that he may become viable after the Jets’ week 11 bye.

Jacquizz Rodgers, RB Tampa Bay Bucs – He will take over as the secondary back with Ronald Jones looking to miss several weeks after straining his hamstring in Week 8. He is only worth the pickup in really deep leagues or if the bye weeks and injuries make you desperate at RB. Hopefully they get him involved in the passing game, if you want to call it that.

Josh Adams, RB Philadelphia Eagles – Another speculative add and one where I see the biggest chance of it not happening as I fully expect the Eagles to finish this day off with a new RB added via trade. If they do make a trade today Adams falls into the “I came thisssss close” category. If they don’t though, Adams could have a bigger early down role and possibly even goa line work. Also he has a bye this week so you won’t have to spend much to get him.

Cordarrelle Patterson, WR New England Patriots – Nope, don’t get sucked in. Save yourself. STAY AWAY!!!

Larry Fitzgerald, WR Arizona Cardinals – If Fitzgerald is available in your league then he has to be your number 1 pickup this week. It’s good to finally see him getting into the scoring column and now with Byron Leftwich there it should continue moving forward. He is on bye this week, but grab him now, don’t wait until Week 10.

Courtland Sutton, WR Denver Broncos – With the trade of Demaryius Thomas to Houston, it should open the door for Sutton to take over that #2 spot in Denver. His use has been very sporadic to this point, but he should see increased snaps and targets. He’s only caught 17 balls so far, but he does average just over 19 yards-per-reception. He should be able to hit for WR3 numbers at least the rest of the way.

DJ Moore, WR Carolina Panthers – Moore has definitely been more relevant the last 4 weeks, having scored double digits in 3 of those games. They need another receiver besides Devin Funchess and Moore might be the guy. He played over 70% of the snaps this week and has seen his snaps increase in each of the last 4 games. If he is still out there grab him.

David Moore, WR Seattle Seahawks – The Seahawks finally gave up the Brandon Marshall experiment on Tuesday when they released him. Moore has taken over that role and done it better than Marshall. He isn’t seeing a large number of targets, but he has 4 touchdowns in his last 3 games. He saw the most targets for the team in Week 8 and should see more snaps now that Marshall is gone. He is touchdown dependent, but Wilson is not looking for him when they have the chance to score.

Brandon LaFell, WR Oakland Raiders – Most didn’t even know that LaFell was still on a team, but yet he still led all Raider receivers in snaps (46 of 50) and fantasy points (12.9). Jordy Nelson was second in snaps with 45, but only saw 4 targets, the same as LaFell and Seth Roberts. It is hard to know if LaFell will be the #2 over Bryant moving forward, but the fact that Bryant only saw 7 snaps in the game might be a telling sign.

Seth Roberts, WR Oakland Raiders – A week after trading Amari Cooper many analysts expected Jordy Nelson and Martavis Bryant to be the big recipients in the passing game. Well that didn’t work out at all. Roberts also saw 4 targets this week and caught 2 for 42 yards and a score. This offense is still very much a mystery and it is hard to know who the best players are to target moving forward.

Chris Conley, WR Kansas City Chiefs – This only comes into play if Tyreek Hill misses any time with his groin injury. Those injuries can be trouble for fast players who cut a lot. If he does miss a few weeks there is a very good shot that Conley is the next man up in one of the best offenses in the NFL and instantly becomes a viable option. Again, for only as long as Hill is out.

Terrelle Pryor, WR Buffalo Bills – Pryor was just starting to get involved in the Jet’s passing game when he injured his ankle and while it only looked like he would miss a couple of weeks the Jets released him. The Bills are in desperate need of playmakers and Pryor gives them a deep threat. Now they only have to hope their QBs get enough time to get it to him.

Josh Reynolds, WR Los Angeles Rams – Reynolds pops off a week after everyone wanted him to. In Week 7 he was highly sought after on waiver wires and in DFS play and he catches 1 pass for 19 yards. This week you didn’t really hear anyone talking about him, at least I didn’t, and then he goes and catches 3 balls for 42 yards and 2 touchdowns. There is a very good chance that Cooper Kupp is back in Week 9, so if you didn’t start or use Reynolds in Week 8 you may have already missed the bus on him.

Jack Doyle, TE Indianapolis Colts – If he is on your waivers, go get him. No more needs to be said. Well except, don’t drop Ebron to do it. Oh and they do have their bye this week. And I probably should mention if you have Ebron as your starter and you need a TE for this week Doyle won’t help you. Look below for other options.

Greg Olsen, TE Carolina Panthers – Olsen is not getting the yardage or even targets we are used to his getting, but he has scored in each of the last 2 weeks. If he can stay healthy he should see more targets going forward.

Ed Dickson, TE Seattle Seahawks = Dickson caught both of his targets in his return to the team in Week 8, but one of them went for a TD. We know that Russell Wilson likes to throw to his TEs, it will be hard to count on Dickson each week if he doesn’t score.

Dallas Goedert, TE Philadelphia Eagles – Goedert isn’t going to see any volume as long as Ertz is healthy. Ertz is playing amazing football right now. Meanwhile, Goedert is very up and down and hard to count on, but he has scored in each of the last 2 weeks. Hard to start unless Ertz gets hurts… But he is going to be a beast soon folks…

Chris Herndon, TE New York Jets – Like Olsen and Goedert above he has been very much TD dependent, but he has scored in each of the last 3 weeks. It is very hard for imagine this pace continues, but that’s what I said after he did it one week, then two, so who the heck knows…

Jordan Thomas, TE Houston Texans – I fully expect Thomas to be this week’s Michael Roberts. Remember Roberts? He was the big pick up in Week 8 after scoring 2 touchdowns in Week 7. In Week 8 Roberts was on a milk carton.