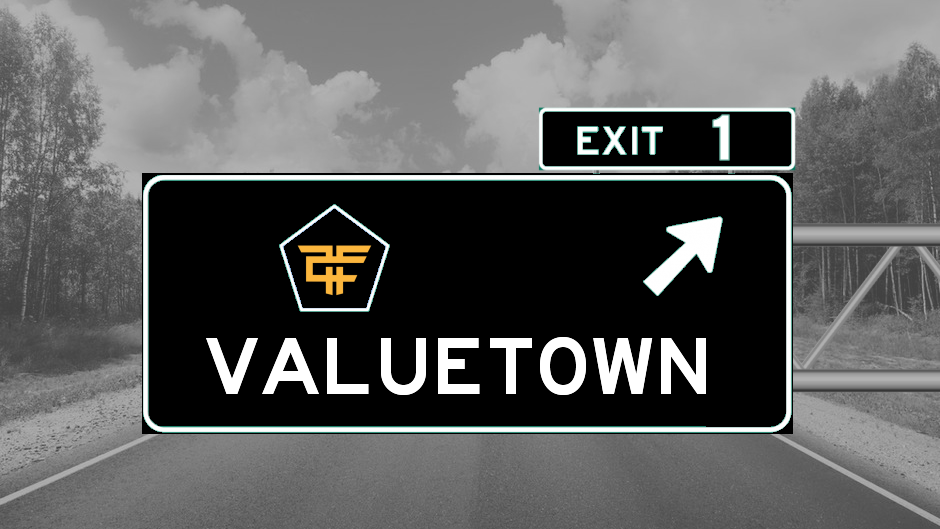 Kevin Tompkins begins a new series called "Valuetown" where he brings you some of the best values you can find during your fantasy football drafts. He's going to meld draft strategy with player analysis to give you the most bang for your buck when drafting your winning team for the 2020 NFL season!

Welcome in and thank you for reading! This series will feature two key components:

The consensus top-6 picks (as of today) are pretty locked in. You're looking at Christian McCaffrey, Saquon Barkley, Ezekiel Elliott, Dalvin Cook, Alvin Kamara, and a WR, Michael Thomas as the top-6 in some order but for the most part, there's little deviation there.

No worries, a prime target in Miles Sanders is still there at 2.09, ripe for the taking. Sanders has been a polarizing player in the fantasy community but even if the Eagles don't bring in somebody off the street to take touches, Sanders should be a do-it-all runner and receiver who can make a house call at any given time. To get that sort of value at the 2.09 is tantalizing and of course. we've got to scoop him up.

Aaron Jones, Lamar Jackson, and a bunch of receivers come off the board before our 3.04, where we're able to take a rookie as our RB3 who should be incredibly involved in an elite offense, Clyde Edwards-Helaire. Taking him as my RB3 with high-end RB2 to low-end RB1 upside, he's a fantastic value and well worth taking as your RB3 with minimal risk.

This spot here up until our 4th round pick becomes interesting as a lot of wide receiver real estate is taken off of the board, but one name curiously remains and is a GREAT target as a WR1 if you're looking to secure running backs:

Calvin Ridley is a perfect pick for a wide receiver you can get in the 4th round that could return top-12 value at the position. Not only is he an ascending talent but he's in an elite offense with numerous other elite talents and a seasoned, proven distributor who can get him the ball in Matt Ryan.

The talent surrounding Ridley only helps his situation, with Julio Jones on the other side of him, an offensive line with potential after investing two 1st rounders in 2019, only for Chris Lindstrom to play 5 games. The Falcons also brought in Todd Gurley on a one year contract to run behind that line and give the run game some legitimacy after having the 30th ranked run game in 2019.

As for what's not there in Atlanta, Mohamed Sanu, Devonta Freeman, and Austin Hooper, along with 258 vacated targets, the most in the NFL from 2019 to 2020.

It's very fair to allocate a large number of those vacated targets to Gurley and fellow newcomer Hayden Hurst, as well as a bump up for tertiary receiver Russell Gage.

That amounts to a WR12 finish and he'd probably be going in the late 2nd-early 3rd round in drafts if that were the case. Could we a target share increase? That would certainly be feasible and bring credence to a true breakout from Ridley in 2020.

The 2019 Atlanta Falcons threw the ball 683 times. That likely won't happen in 2020 with a least a bit of defensive improvement and more positive game scripts. A nice round number though would be 625 pass attempts, which is more than the 610 passing attempt average for a Dirk Koetter offense since 2014. This team will be passing quite a bit, as they did last year with a 67% pass frequency, which topped the league. That percentage could come down but stay among the top 5-7 teams at the absolutely least, even with a respectable running back like Gurley in tow.

With Calvin Ridley in 2020, we could be looking at a Chris Godwin-esque breakout. There's still a fairly narrow target distribution at the high-end with Julio Jones and Ridley, so with the amount of vacated targets, the Falcons' propensity to get into shootouts, and their bad defense likely not improving by leaps and bounds in 2020, a Ridley breakout seems like one of the more likely outcomes in his range.

This scenario is fairly close to that of Chris Godwin last season. Narrow target distribution at the high-end (121 targets for Godwin, 118 for Mike Evans, next highest was Breshad Perriman's 69), a similar number of vacated targets (234 for Tampa Bay heading into 2019, 258 for Atlanta heading into 2020), and a defense that wasn't great aside from their run defense.

We can also look to the target share increase that Chris Godwin received last season, going from 17.7% in 2018 to 22.2% last season. Calvin Ridley ended 2019 with a 17.9% target share. Imagine if that can get up as high as 20%? That would equal ~125 targets. You're already looking at an RB1. Even further increases to the target share vault him into that Godwin-like breakout.

The signs are out there for Calvin Ridley, just don't get left out in the dust!

Kevin Tompkins can be found on Twitter @ktompkinsii as well as on his podcast with Scott Fish Bowl 9 winner Gary Haddow on multiple podcast platforms including Spotify, Google Podcasts, Apple Podcasts, and more! Subscribe on YouTube as well to watch the two live-stream each week!