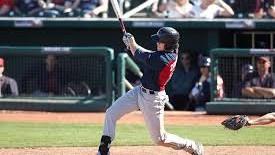 It is mid-May already, and this is the time that you really have to look at your roster and give it a good look. We all had confidence in our team when we drafted them back in March, but a good number of players have let us down. Each week you have to evaluate your team, but now it is getting time to start letting go of those who just aren’t getting it done. Below are three hitters and three pitchers to consider to help your fantasy baseball team. As always you can follow me on Twitter @fightingchance.

Mike Adams, 1B, Atlanta Braves. With the experiment in the outfield in St. Louis not working out, Adams was shipped to Atlanta this past week. He will fill the GAPING hole left by the injury to Freddie Freeman, and with all but guaranteed at-bats, Adams is an interesting add. In a full season, Adams has the capabilities to hit 20 home runs, and he is even hitting for a good average this year in limited playing time. If you have any need at first base, I like Adams is a solid addition.

Bradley Zimmer, OF, Cleveland Indians. With Abraham Almonte set to miss a month and not being  a great player anyway, the Indians called up one of their top prospects in Zimmer. He is a speed/power combination, with more of an emphasis on speed. He has struggled at times so far, but has still shown the potential we have read about. I believe that Zimmer is here for the long term, so if you have an open spot in your outfield he is worth the roster spot. Once thought to be a short term call up, Ian Happ is hitting his way to a full time job for the Cubs

Ian Happ, OF, Cubs. Another in what seems like a neverending line of talented hitters in the Cubs’ farm system, Happ was looking like a short term callup. However, Jason Heyward returned on Sunday, and Happ was still the starting center fielder and hit fifth in the lineup. He has been hitting the hell out of the ball in his first week, and while the chance of him being sent back to the Minors is still there, it appears that Happ has fought off the early threat. Pick up the guy who has been hitting either fourth or fifth for the best team in baseball since his call up.

Devon Travis, 2B, Toronto Blue Jays. He has long been a successful hitter when he has been able to stay on the field, but it has often been his health that has betrayed him. Travis is on a great roll in the last week with six multi hit games, a home run and eight RBIs. If Travis can stay on the field he can definitely give you solid fantasy value. I wouldn’t drop an established veteran on your team that is a sure thing, but if you have a rotating spot, I would give Travis a shot. Steven Matz has a long injury history, but if he can stay healthy, he can be a great fantasy pitcher

Steven Matz, SP, New York Mets. There was a lot of fanfare for Matz during draft season, and unfortunately he was injured before he could make his first start. With more problems once the season started, fantasy owners have lost faith in him, and Matz ownership numbers has fallen under 50%. He was able to throw three innings in his first rehab start, and is slated to make two more before rejoining the Mets. That might take ten days to two weeks, but barring a setback, it looks like Matz return is on the horizon. Hopefully, this time he will be able to stay on the mound.

Corey Knebel, RP, Milwaukee Brewers. Despite the fact that Neftali Feliz racked up a good number of saves to start the season, he wasn’t any good. His ERA was well over 6.00, and needed to be replaced. That finally happened recently and Knebel was put in the ninth inning. He already has three saves since May 14th, and he has struck out nine guys in just four appearances. He does walk a few too many guys, but look for Knebel to hold the job. The Brewers aren’t that good, but Knebel looks like a great choice if you need any help at closer.

Junior Guerra, SP, Milwaukee Brewers. Two Brewers????? After posting a 2.81 ERA in two thirds of a season last year for Milwaukee, Guerra had some fantasy folks thinking he could carry that over to 2017. Unfortunately, he suffered a calf injury in his first start this year. He wasn’t great in his latest rehab appearance, but Guerra will be activated this week from the Disabled List. He isn’t a great strikeout pitcher, but he gets enough to keep you happy and the Brewers have been better than expected so far.